en.infoglobe.cz » France: Corsica - A Trip to the Mediterranean II

It is a city of two thousand located in the east of the island, where people settled eight thousand years ago. Today it is mainly the Roman ruins and the remains of the early Greek settlement that attract tourists. At the end of the 15th century, a fortress built by the Genoese to protect the harbour was added. 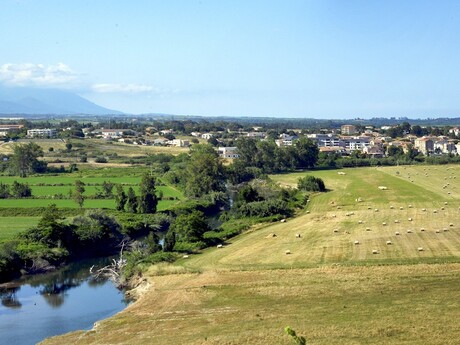 Bastia, a city of nearly 40,000 people, lies in the northeast of Corsica, where it was founded by the Genoese in 1372 and is today the island's most important commercial port. Its Old Town is characterised by tall, crumbling buildings dating from the late 18th century and, especially at the harbour, is in stark contrast to the new modern yachts. Around the city's fortress lies the more modern Terra Nova, and in this area the Governor's Palace or the Sainte-Marie de l'Assomption Cathedral (17th century), the Oratorie-Sainte-Croix church or the largest church on the island, the neoclassical Eglise Saint Jean-Baptiste (17th century), whose vaulted paintings were created by Florentine painters Olimpio Bandinelli and Oreste Malfanti. In Placa Saint Nicolas, tourists can buy some typical local delicacies at the local market. Visitors can still encounter the Museum of Ethnography, located in the Governor's Palace, tracing the history of the city from its pre-Roman beginnings to the Second World War. 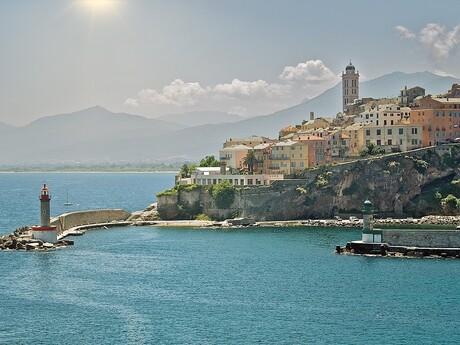 Corsica's oldest town is located at the southern tip of the island, with around three thousand inhabitants and a total area of 138 km². It is the closest of the Corsican towns to Sardinia, from which it is separated by 12 kilometres of the Strait of Bonifacio. The earliest mention of it dates back to the Roman Empire by the geographer Ptolemy. The strait was the route of much of the shipping traffic, which the Romans used to their advantage. In the 5th century AD, the city passed from Roman hands into the hands of the Vandals. In its present form, the city was founded in the 9th century as a fortress named after Boniface II. After his return, he built an impregnable fortress to protect the Tuscan possessions. 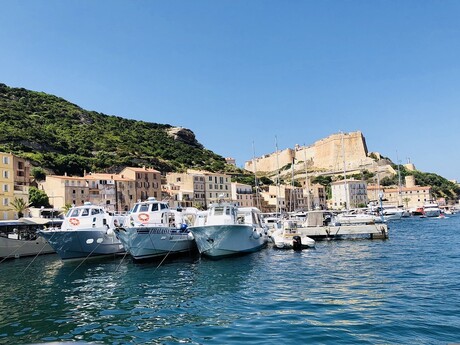 The town is a major centre for leisure activities such as diving and yachting, for which Bonifacio is particularly well suited as it is one of the windiest places in France, making it a tourist hotspot in summer.

Located in the north-western part of Corsica, the port town boasts traditional Corsican culture, while also managing to be a modern holiday centre, with an impressive fortress, mountains and coniferous forest adding to its atmosphere. The narrow strip of Calvian beach with its white sand and shallows stretching the length of the strait is a welcome resting place for tourists and locals alike. The town's main historical attraction is the fortress standing high above the town, dating back to the 13th century when it helped defend the town against outside attacks. Today it is once again home to a military garrison, so the fortress is not open to the public. It includes a palace and the remains of houses said to be the birthplace of Christopher Columbus. The original building was destroyed by Admiral Nelson's soldiers in 1794. Inside the fortress, you will also find the Museum of Corsican Ethnography, which displays many objects related to the culture of the island, and the Cathedral of St-Jean-Baptiste (13th century), which was built to house the miraculous cross called Christ des Miracles.. 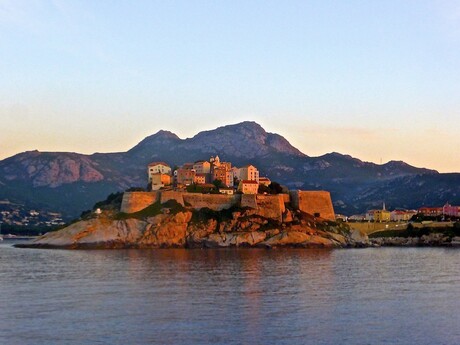 Its name means "Greek village," and it dates back to 1676, when a group of several hundred Greeks who were fleeing the Ottoman invasion settled here. The town, located 27 kilometres north of Ajaccio and with a population of just over a thousand, is today made up of white houses that stand on a rocky promontory overlooking the bay, and its special feature is the two churches facing each other, one Catholic, the Assumption, the other of the Greek Church named after Saint Spyridon. Like other Corsican port towns, Cargese has several fine beaches, with Plage de Pero, north of the town, considered one of the best. 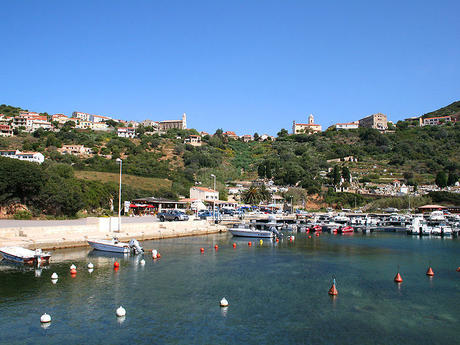