Let's see other landmarks in te city. The oldest on

es originate in the times of the Roman empire. Porte Noire is an arch of triumph built in the 2nd century AD. It is istuated on the foothills of the citadel. The arch is a memorial to Marcus Aurelius' victory against Germanic tribes in 167 AD.

Square Castan is yet another antiquity landmark adjacent to the arch of triumph. It is what remained of antique Gallo-Roman city. It was discovered by French Archeologist August Castan. He discovered eight Corinthian-style columns and what remained of a water reservoir which collected water from Roman aquaduct. 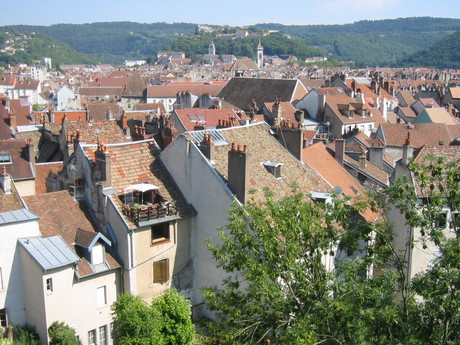 Also, visit St John's cathedral (Cathédrale Saint-Jean de Besançon). It is right next to the Roman landmarks. The oldest part of the cathedral - the main nave - was built in the 11th - 13th centuries already. The astronomical clock added to the cathedral in the 19th century.

When you get enough of sights in Besancon go to the astronomical observatory of Besancon (Observatoire de Besançon), the Museum of Time (Musée du temps) or enjoy circus Cirque Plume. 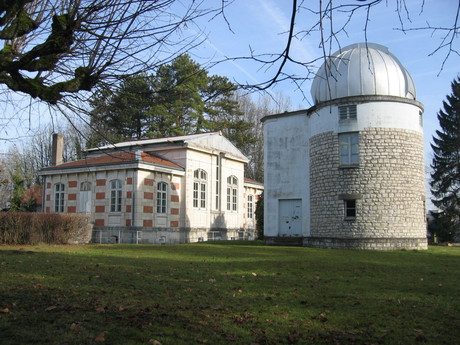 In case you had some spare time to explore the Departament Doubs hop on a train and take about one hour ride to the town of Montbéliard situated in the northwest from Besancon. It was one of very few protestant enclaves in France back then because it belonged to Counts of Württemberg since the 14th century. 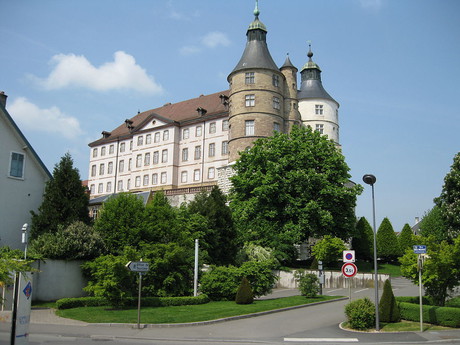 The main attraction there is Montbeliard chateu which is one of the most prominant French landmarks. It is open to the public so you can make use of this opportunity to see findings from the ancient Galia and see some works such as paintings and sculptures by famous artists. It is almost hard to believe that the chateau decayed in the 19th century. It almost ended up ruin.

The Museum of Art and History is another tip from us. It is situated in Villa Beurnier Rossel (Musée d'Art et d'Histoire Beurnier Rossel). By presenting you the life of the then bourgeoisie local exhibits take you back to the 18th and 19th centuries.