However, the amphitheater was repurposed and it became a stronghold in the 5th century. And later, during the Middle-Ages, it was made to an castle. Fortunately, the grandiose Roman structure was made a theater again. Today, cultural events take place here such as Les Grands Jeux Romains in May. These are 2000 years old circus games. The current amphitheater sticks to the looks of its historical model. Participants wear period costumes. In summer, Festival de Nîmes takes place here. It is a sequence of concerts and other cultural events.

The other antiquity sights you simply must see is Maison Carrée. It is the only completely preserved Roman temple in the worl. Built between the years 20 and 12 BC, the temple was dedicated to Caius and Lucius, the sons of Emperor Augustus. During the years 2006 and 2008, the temple was completely restored. Today, it houses a museum. 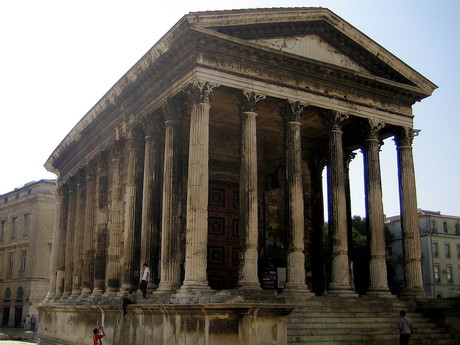 Jardins de la Fontaine are amazing and peaceful gardens. These were built in the mid-18th century. They are situated on the place of ancient spring west of Maison Carrée. The gardens are decorated with massive stone vases, and Baroque-style statues. The Temple of Diana is another great structure you can see in the park. It was part of ancient spa. Behind the gardens, there is Mont Cavalier hill. covered by subtropical plants. On the top of the hill, you can notice Tour Magne, a 30-meter tower from the year 15 BC. Originally, it was part of ancient fortification. 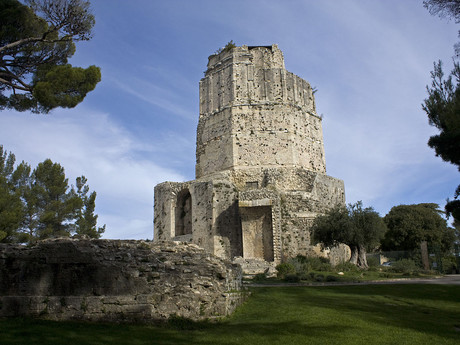 To top off the historic part of our tour in Nîmes, we take you to the Archeological museum which resides in the former 1th century Jesuite college. Its collections make it to the top among museums of its kind in France. Items on display include everyday objects such ceramics, bronze tableware, lamps, or clothes accessories. 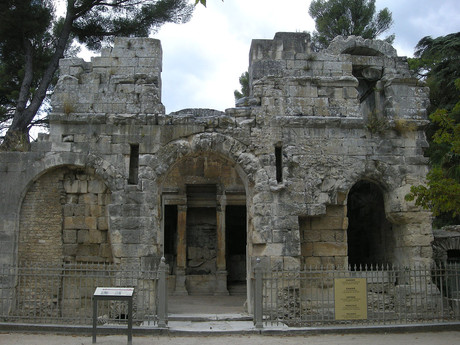 West of Maison Carrée there is another interesting museum. This one focuses on modern art. You can find Musée d'Art Contemporain in a stylish, modern building designed by Norman Foster, the author of German Reichstag restoration, the Millennium Bridge in London, or Hearst Tower in New York. The collection includes over 4 hundred art pieces from the 1960s until the present day.

Published: 24.11.2021
Today, we visit Grenoble, a city which is not under the spotlight like Paris or Lyon. However, Grenoble is surrounded by the mountains, main reason behind its alternative name - the Capital of the Alps.