There are several UNESCO sights in the city. Cathedral Notre-Dame d'Amiens is the major sight which was completed in the 13th century. It is one of the largest cathedrals in Europe. It is 45 meters high, 145 meters long, and 126 pillars support the vaulted ceiling. One entire soccer field would fit inside the cathedral. It was considered so exceptional that its almost-clone was built in Cologne, Germany. Three entrances into the cathedral depict the figures from the Old and the New Testament – Apostles, prophets, or Jesus Christ. 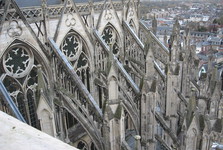 The cathedral is situated in the very heart of the city, in its most beautiful quarter – Quartier Saint-Leu. The quarter stretches down to Port d'Aval port on the River Somme. We leave the cathedral for the Somme. You will walk down narrow, cobbled   streets lined by timbered houses. The street names are references to old crafts practiced in the streets in the past. 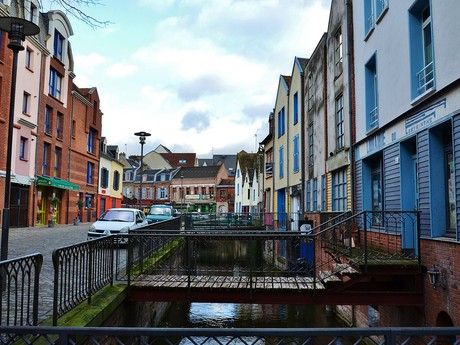 Should you want to get different angle on the quarter, you can take a cruise down the canals. One can easily call the city Little Venice. Alternatively, you can walk down the river and enjoy its idylic riverbank. Perhaps you will reach Gothic cathedral Eglise Saint-Leu evoking Prague's Powder Gate. 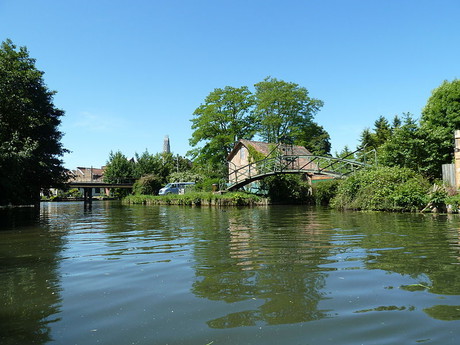 Les Hortillonnages is also worth your time. However, it is not entirely simple to get there. The best would be to hire a guide and a boat. Les Hortillonnages is not your average park. It is a swampy area between the rivers Somme and Avre. The area has been cultivated by gardeners. The gardens are crossed by many gardens. You need to travel there on special boats which haven't changed since the Middle-Ages. These boats are designed to not to damage the riverbanks. 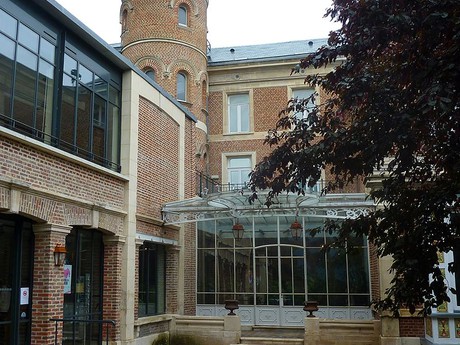 We shouldn't forget a sight tightly related to the founder of science fiction  - Jules Verne. The author lived in Amiens for almost 20 years. It was here where he wrote his poplar adventures of Philease Fogga – Around the World in 80 days. His house houses a museum today which shows his sources of inspiration. For instance, you can see his personal library of 12 thousand volumes including his favorite books by Charles Dickens, Walter Scott, Edgar Allan Poe, or James Fenimore Cooper.