Published: 13.10.2015
The famous movie Troops from Saint-Tropez still helps to bring hundreds of thousands visitors to the beautiful town on the Cote d’Azur. Louis de Funès and typical French humor fit perfectly to local environment and thus became one of the most well-known French movie ever. Saint Tropez deserves it. In my opinion, it is one of the most beautiful cities in Europe.

After the WWII, Saint-Tropez became one of the most popular summer resorts in southern France. You can get there simply by train, car, or plane for there is an airfield in Nice. In Saint-Tropez, you have about 5 kilometers of beautiful sand beaches, countless restaurants, cafes, and wine bars. And last but not least, the atmosphere. However, in summer it would be pretty tough to even get in. Every day, thousands upon thousands tourists come here to see the town. 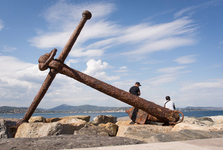 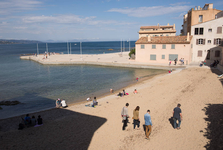 Gendarme station is no longer in operation but soon it changes to the Museum of Local Cinematography and also it will be dedicated to the Troops of Saint-Tropez. Had Louis de Funès been alive today, he would have seen his 100th birthday, an occasion when the museum will be opened. The worn, old, and forgotten gendarme station will again be a place that would attract the sight of the entire world. 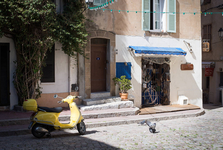 There are probably only a handful of people who would visit the French Riviera to see museums. However, there are two in Saint-Tropez you want to see. The first one, Le musée de l'Annonciade, is near the harbor. It displays the works of artists who were painting at the French Riviera. The other place is the 17th century citadel. Apart from an ongoing historical exhibition, exhibitions are often held there. 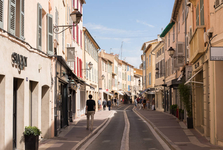 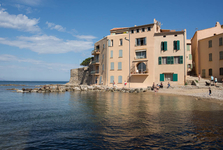 Should you visit Saint-Tropez off season, then you can spend long hours walking in its historical streets of fascinating atmosphere. In case you love shopping, this place is heaven – fashion stores of many famous brands are waiting there for you as well as galleries that sell works of local artists. 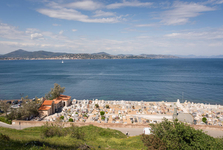 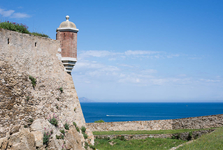 One of the most beautiful places in the town. It had been the center of town life. Colorful houses, street painters and musicians, luxurious yachts and old sail boats, and lively front yards of the restaurants and bars make the place unforgettable. 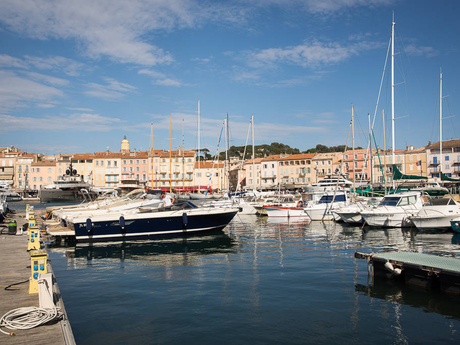 Should I pick one place on the French Riviera I would like to go back to, Saint-Tropez would be my choice. This small town made me fall for it. I think I could walk in its streets for weeks …

Published: 29.9.2015
France’s second most visited city is situated in country’s south, in the region of Provence-Alpes-Côte d'Azur, near the Italian border. Millions of tourists travel here to see the famous Côte d'Azur, enjoy beautiful weather, and great French wine. The place gained fame in the 18th century. Rich English families took shelter here from winter at home. The whole town has fantastic atmosphere. Join us in for a tour!

Published: 20.10.2015
Saint-Tropez is undoubtedly the most beautiful town along the French Riviera. So many visitors come there during the high season you don’t have a chance to properly enjoy it. Yet we offer you an alternative, two towns located near Saint-Tropez. Fréjus and Saint-Raphaël are two town between Cannes and Toulonem. They are not less enjoyable than the said Saint-Tropez. Moreover, they unravel much from the history as interesting sights form the Roman times are still there.

Published: 6.10.2015
Perhaps you wonder why we include the tiny state of Monaco to our series on France. Yet while travelling along the French Riviera you can hardly miss it. Casino, luxurious yachts and hotels, Formula 1, and tax paradise. These are common stereotypes about world’s second smallest country. And they are true. It is a country with second highest population density in the world. Monaco is a princedom with the highest GDP and highest percentage of millionaires in the population. However, the crowds flow to Monaco mostly during the famous Grand Prix. We think any season would be the best to visit the country.

Published: 22.9.2015
Old maritime and fishermen tradition, delicious vine, friendly French, beautiful weather, blue waters of the Mediterranean Sea… All of this lure in millions to rest from worries while getting some of the southern energy. The French Riviera is not the cheapest area in Europe yet it is worth it. You wont be disappointed.