Guadeloupe is a French overseas territory lies in the Caribbean Sea on several islands belonging to the leeward islands of the Lesser Antilles. It consists of the island of Guadeloupe and several smaller islands - Marie-Galante, Iles des Saintes and La Désirade. Guadeloupe island actually consists of two islands that are connected by a narrow - Basse-Terre and Grande-Terre. In the north, Guadeloupe borders with Montserrat, on the west with Venezuela.

The total land area is 1,705 km², Guadeloupe is the largest island of the Lesser Antilles. The administrative centre is Basse-Terre, the largest city and economic centre of the territory's Pointe-a-Pitre.

Guadeloupe has about 430 thousand inhabitants (2002) - mostly blacks and descendants of European settlers, mainly French. Indians also live here, immigrants from Asia Minor (the Syrians and Lebanese) and other nationalities. Most inhabitants profess Christianity - Catholic 95%, 1% Protestants, also are Hindus, etc. The official language is French, but the main means of communication is the language of the local dialect "patua", in the resorts you can speak English.

Guadeloupe is an overseas French department. The island came under the government of France in the 17th century and gained its current status in 1946. The head of state is the president of France, represented by the prefect, appointed by the French government. Local government is represented in the General Council of 42 members and the Regional Council of 41 members, elected by universal suffrage for six years. The head of government is President of the General Council. The island is divided into 3 administrative areas, which are further divided into cantons, which are divided into communes. 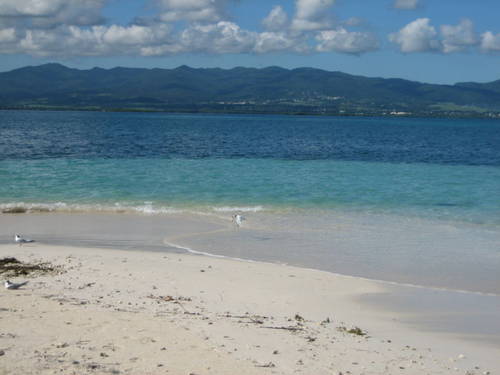 Before the arrival of Europeans, the Indians called the island of Guadeloupe "Karukera", meaning "island of beautiful waters". Nowadays Guadeloupe is a colourful mix of modern cities, quaint villages, green tropical forests and beautiful sandy beaches. The island resembles a butterfly with spread wings and its form it is also a symbol of Guadeloupe. Grande-Terre has a hilly terrain with lots of hills and plains, where most of the sugar cane plantations. Basse-Terre is the most mountainous parts of the island with dense tropical forest.

Mountainous with plenty of rivers, waterfalls and tropical forests, Basse-Terre is one of the most beautiful areas of Guadeloupe. More than 20% of the territory consists of renowned national park. Interesting tourist destinations are the sugar factory Compagnie de Gros fermier Montagne, which acts as a genuine work of art. The huge machines are brightly coloured and resemble the Centre Pompidou in Paris and can be seen here several rum distilleries, an amazing botanical garden and scenic rocky northern coast with lots of tiny sandy beaches, where there is also one of the most beautiful beaches of the island of Grande Anse. Further west in the area of ​​Saint Rose can visit the magnificent Museum of rum, wine tasting is included in admission.

At the south is the island's capital Basse-Terre, administrative and historical centre, famous for its once-mighty fortress Delgrès (1605 - 1643), now a museum. Interesting tourist attractions are the picturesque market, an impressive building of the Prefecture, the Palace and Consel General Court Palace - all are reminiscent of the recent colonial past. The city is a beautiful view of the volcano Soufriere Saint Claude and suburbs can be made an expedition to the mountain top or to the springs in the area Mule Savanna. On the southern coast is also a Hindu temple and the town of Sainte Marie, where Christopher Columbus landed, this event is commemorated by a monument. In the area of ​​Trois-Rivières is a maze of rocky Parc de Roches Graveés with arawac petroglyphs. 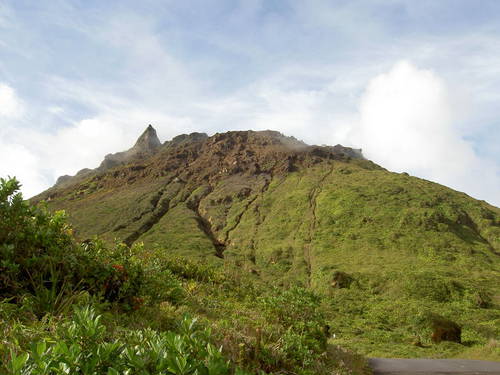 The main tourist attractions Basse-Terre is a huge national park on area of ​​around 17,3 hectares, which has declared a UNESCO Biosphere monument. From northwest to southeast across the island stretching mountain ridges covered with dense rainforest, which is found in a plethora of unique plant species, including rare orchids and ferns.