Like chateaus and wine cellars rock houses too are scattered across the entire region. Some of them are centuries old. This type of living, though humnle, turned out to be quite comofrtable. It is warm in such a house in winter and cold in the summer heat.

Sometimes it's even difficult to spot such a dwelling for they are located under ground. You can just walk down the land and stumble upon something which can easily be a chimney. In the past, however, these caves had more practical usage. As the Vikings were pillaging their way through France in the 9th and 10th centuries the locals could hide inside before merciless invaders. The residents of local castles often had secret corridors joining their fortress with forest or a cave. 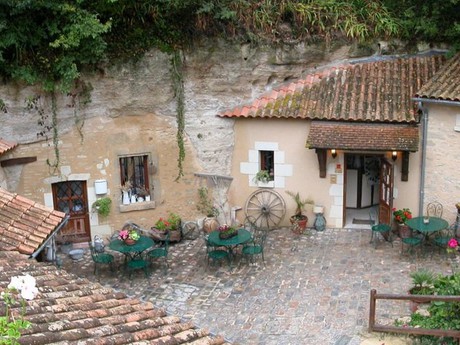 One of the prime examples of this troglodyte architecture is to be found near the town of Samur. Rochemeiner as the troglodyte village is known, is as it was at the end of the 19th century. Partially, this complex operates as a museum presenting the way of life which was still relevant in the 1930s.

These cave dwellings are nice addition to your jorneys across Loire Valley. Now we will set off to one of the amazing chateaus. Our goal is Chaumont. Should you be inetersted in gardeing, than this chateau is the choice for you. Each year the International Gardening Festival takes place here. 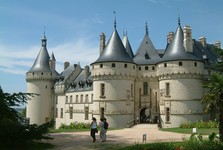 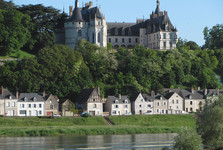 The chateau was declared a historical landmark (monument historique) already in 1840. It was built around the year 1000. It operated as a guarding fortrest on the borderline between the dominions of Blois and Anjou. Louis XI .completely obliterated in 1465 and built it completely from ground up again. The House of Ambroise became the owners of the chateau for the following 500 years. They did a renaissance-style renovation. In the 19th century, luxurious stables and a farm were added to the chateau. The lands around the chautau received their look at the end of the 19th century. 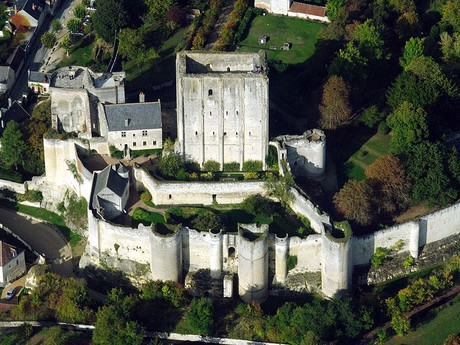 Once you get enough of the beautiful Chaumont, set off to Château de Loches. It takes about an hour long drive from Chaumont. The first thign you notice about this 9th century castle is its massive donjon and fortification. The donjon is 23 meters high and 15,5 meters wide. Its walls are almost 3 meters thick. The donjon rises up to 37 meters. Each floor of the donjon is a single room. It is easy to consider this fortress unconquerable. However, you would be mistaken. Richard the Lion Heart conquered it in mere three hours which certainly helped to feed the living legend of him.

In the present, the castle holds a permanent collection of medieval weaponry, one of the largest in France in fact.