At first, we visit Château de Valençay. Famous (not in our lands) 19th century French writer  – Amantine-Lucile-Aurore Dupin writing as  George Sand, called the chateau "the most beautiful on the face of the earth“. 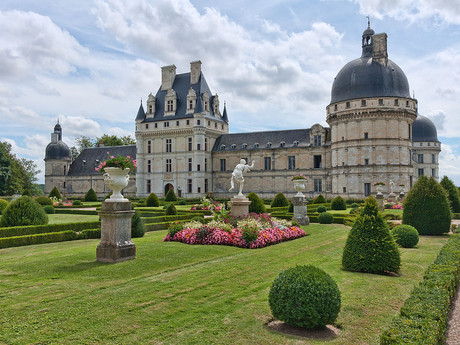 The chateau is situated at the edge of a plateau bordering the River Nahon. The financier family d'Étampes de Valençay were building it from 1540 for almost 200 years. It replaced a 12th century medieval castle. Its characteristic round tower was added in the 16th century at the right corner of the chateau. On the top of the tower, sits a dome à l'impériale.

When the chateau was finnished in the 18th century its owners changed quickly. For a while, even the infamous John Law owned the chateau. He was born in Scotland and became an important financier during his life. By teh way, he was responsible for founding the first central bank in France – Banque Générale as well as for France's economic colapse. 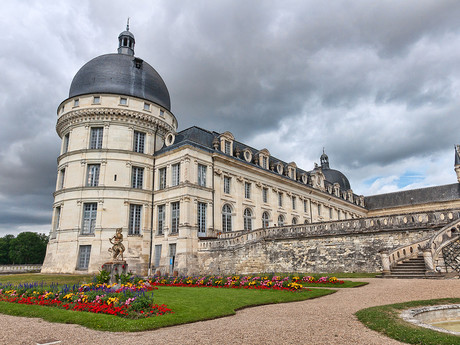 In the beginnign of the 19th century, the chateau became the property of Napoleon's foreign secretary Talleyrand. He was supposed to use the chateau as a place repectable enough to receive foreign dignitaries. This era was the golden era

of the cahteau. Also, it was the time when the famous Antonin Carème worked there. He is considered the best chef in France in the 19th century. He was the very first one who was called "chef" and who wore the long white cap. According to the guests, the chateau cuisine follows the footsteps of master Carème.

Thanks to Secretary Talleyrand the chateau has the vastest empire style interiors in the world. The Talleyrand family owned the chateau until the 1950s. Today, the western wing is dedicated to the museum which introduces the noble family.

We leave Valençay for now to see Château d'Azay-le-Rideau, an example of French Renaissance. As in the case of the previous chateau, this one also replaced a 12th century fortress. Well, what was left of it because it was completely obliterated during the Hundred Years' War. 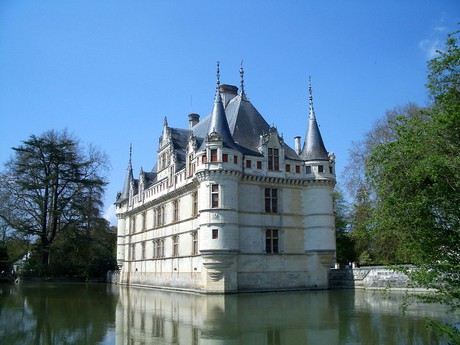 The main feature of this chateau is its location. It is sitauted o

n an island in the middle of the Indra river stream. Therefore, it seems as if it was rising right up from the water. Balzac used to spend a lot of time at Château de Saché  which is only 7 kilometers away. He said Rideau is a grounded diamond.

The fact that the chateau is not particularly extensive make any tour there easier and not exhausting. The most interesting part of its interior is the staircase. There are three floors. You enter the staircase through a portal which resembles ancient Roman triumphal arcs.