So where to start in Normandy? Well, we definitely recommend to begin at Le Mont-Saint-Michel. It is a magical island in southwest Normandy. It had been one of the most important places of pilgrimage in Europe. Therefore, one can only little wonder why it is protected by UNESCO. Over one million tourists a year visit this island. Therefore, be ready for some considerable crowds. 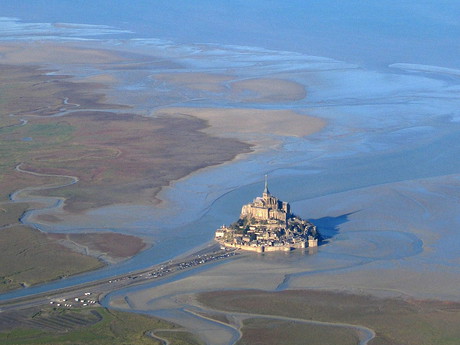 The story behind why the island became so important place in the Christian world is really colorful. In the early 8th century, Bishop Aubert of Avranches, a small town nearby, said that Archangel Michael ordered him to build a church on the island's highest place. 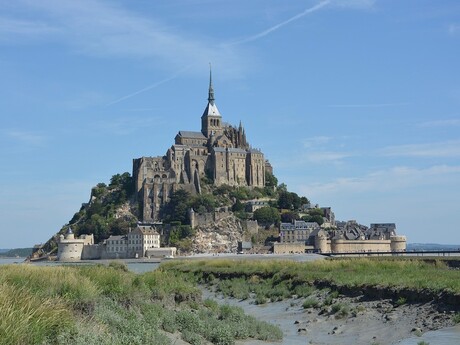 Dukes of Normandy and French kings had been considerably involved in island's development since the year 966. They especially helped the Benedictine abbey of Mont-Saint-Michel to flourish. The abbey expanded during the Middle Ages and some beautiful buildings were added in the course of time. One part of the abbey is even called the Marvel. 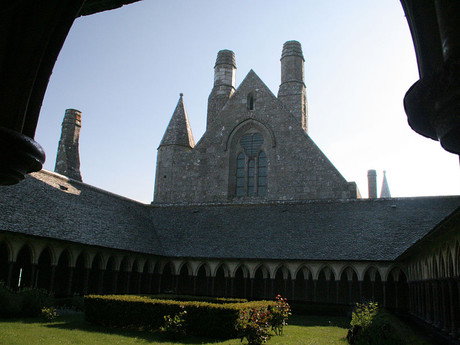 For centuries, the abbey was center of knowledge. It lured the best European thinkers as well as ordinary pilgrims who were not affraid to cross the bay separating the island from the landmass. However, the bay had been covered in sediments over the centuries. In 2005, however, a project to adjust the stream of the River Coueson was launched which would ensure that the island would remain an island and not be part of the landmass. Otherwise water around the island could turn into salty marshlands. 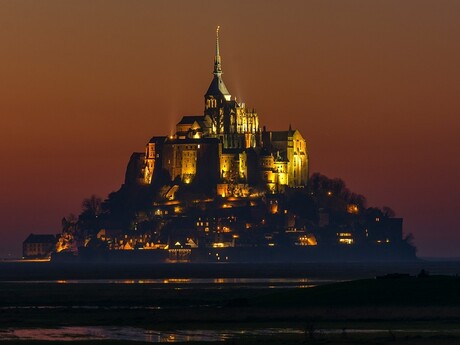 The main sight on this island is  Mont-Saint-Michel abbey (Abbaye Du Mont-Saint-Michel). This is a great example of medieval architecture of both religious and military purpose. The island posed heroic resistance against English invaders during the Hunderd Years' War. This made it a symbol of French national identity. 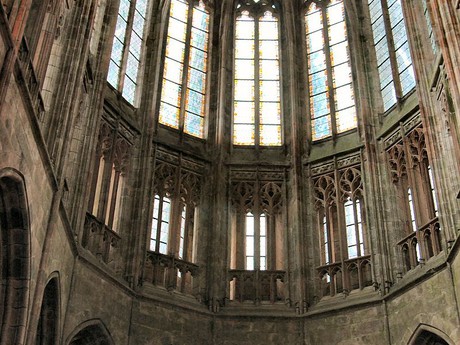 During the period known as ancien régime or the old regime (from about the 15th century to the late 18th century) the abbey served as a prison. When the French Revolution began, there were hardly any monks on the island left. Only in 1863 the prison was closed and the island was declared a national historic landmark.