The first of the two destinations we visit today is Perpignan, a city of hunderd thousand with typical red roofs, squares, and mostly Mediterranean. The city is situated about five kilometers from the sea. The architecture has apparent influences of Catalonian architecture, a Spanish region just across the Pyrenees. 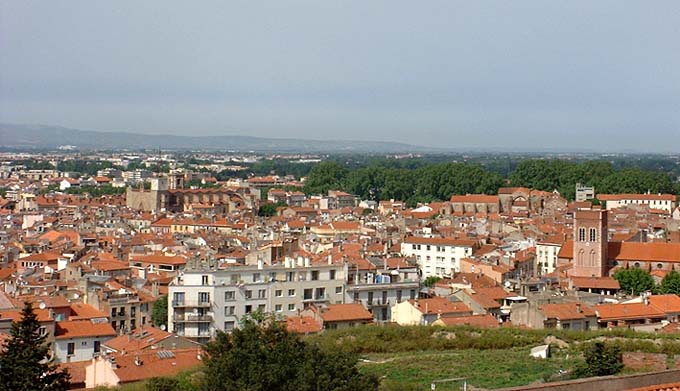 Place de la République is the main square, a place of regular markets. In addition, there are even merry-go-rounds. The main feauture on this square is undoubtedly Theatere Municipal.

Castillet is situated in the northern part of the Old Town of Perpignan. At first, you would guess its a castle. Actually, it's a 14th century tower originally purposed as the gate on city's fortification. Today, it is the most popular sight in the city which hosues Casa Pairal Museum (the museum of Catalan folk art). The top of the tower is opened to the public. The vista is nothing else but fantastic. 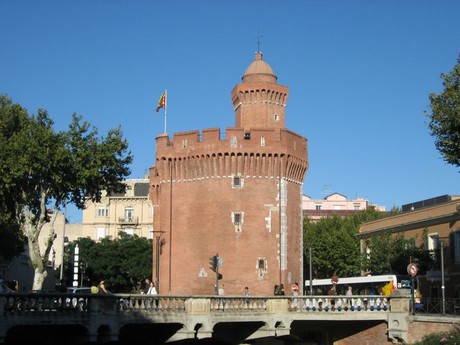 Saint-Jean cathedral is another popular sight constructed between the 14th and 15th centuries. The interior is richly decorated. Take notice of reredos (a large altarpieces behind the altar), and a high marble altar extensions. Visit Palais des Rois de Majorque, a star shaped fortress in the south of Perpignan's historic core. Built in the 14th century by Jacob II of Mallorca, the palace is today the venue of popular Guitares au Palais festival. 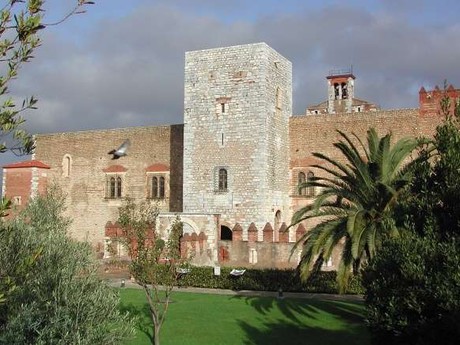 And now the second destination of our today's journey... You may known Carassonne as a funny board game. The name of the game comes after a city of 50 thousand about an hour of ride from Perpignan. Once you lay your eyes on the city you wouldn't believe it's real. Its preserved double ramparts and 54 towers make the city a perfect example of medieval settlement popular among tourists. A part of the fortification was built under the rule of the Germanic tribe of Visigoths. The fortification was expanded under the rule of Louis IX and his successor Phillip the Brave. 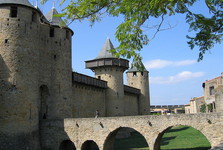 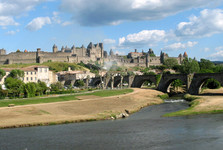 Once you get behind the walls you travel centuries back in time into the Middle-Ages. Every building, square, or side alley has maintained medieval features. Take notice of Basilique des Saints Nazaire et Celse constructed between the 11th and 14th centuries. Pope Urban II visited the city and consecrated construct materials. 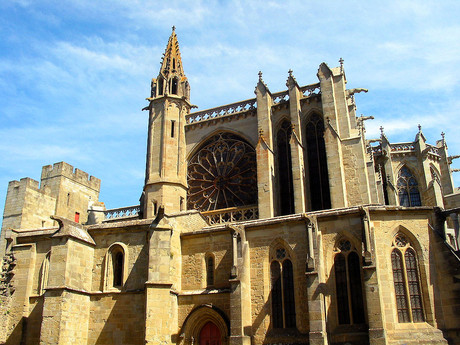 The groundplan of the basilica is in the shape of the Catholic cross. Inside, the basilica is 59 meters long and 14 meters wide. Take notice of beautiful stained glass windows depicting scenes from the Bible such as the Last Supper, arrest of Jesus Christ, or Jesus carrying a cross.