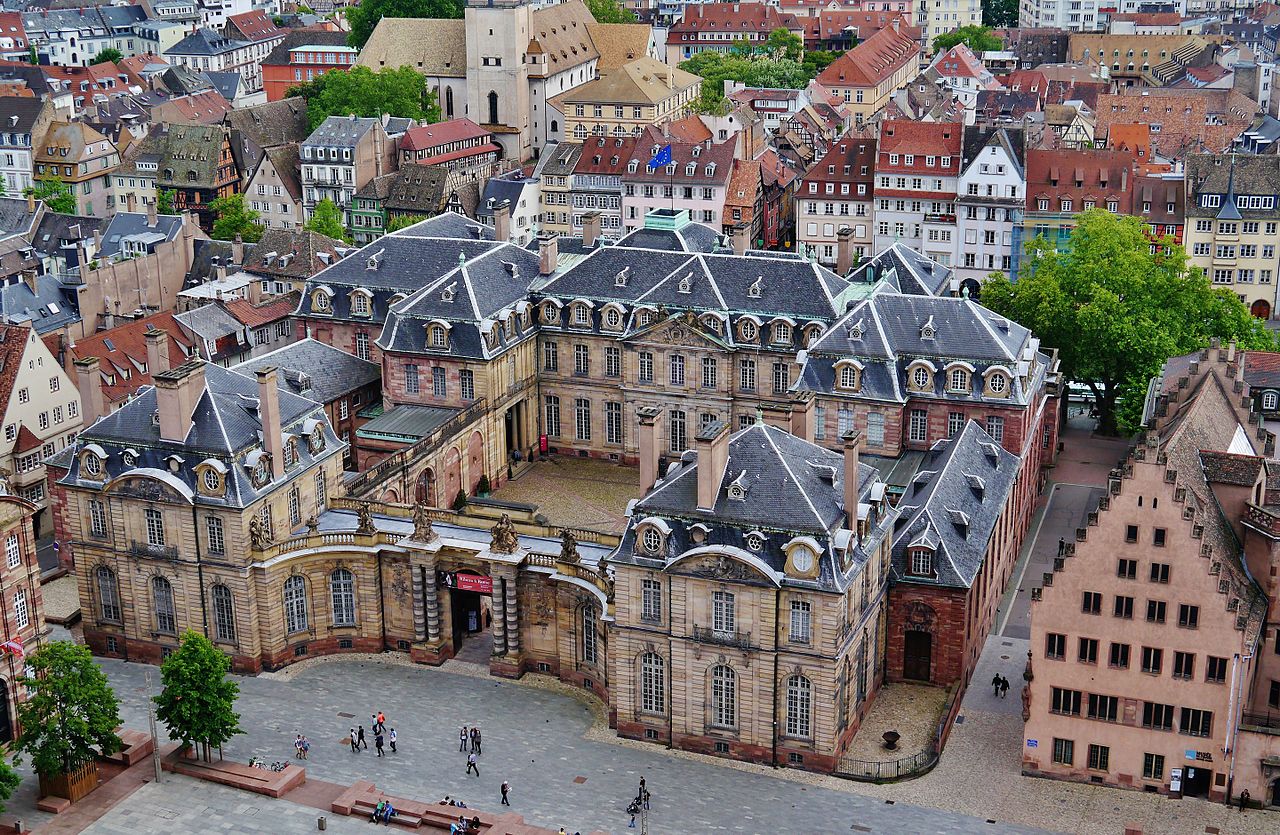 We begin our walk in the very center of the city – Le quartier des Tanneurs dstrict (téže dubbed Le Petite France). The district is a part of UNESCO program and covers  Grande Île island which is entirely surrounded by the River Ill. In the 16th and 17th centuries, it was the home to leather tanners and fishermen. Labyrinths of water canals  are typica for the district as well as narrow medieval streets lined with half-timbered houses. Flowers on the balconies of these houses add colorfulness to this part of the city. 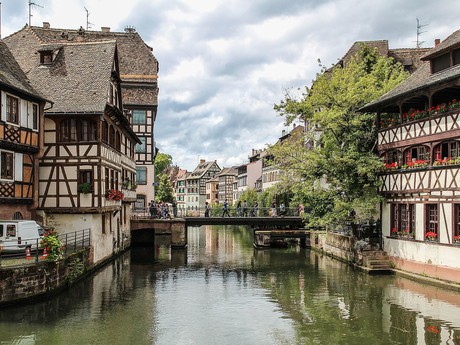 Krutenau is the next district on our list. It is one of the busiest in the city yet it is of very

friendly atmosphere. The district has old world charm which is combined with modern restaurants, luxurious stores and art galleries. There are many canals crossing the district. Half-timbered houses add charm to this part of the city where once fishermen and boatsmen lived.

Now we move to Maison Kammerzell (a visitor center is situated opposite the historic sight). This is one of the most important places in Strasbourg. The house was built in the first half of the 15th century. Today it is a hotel and a popular restaurant. Before, however, it was a burgher's house, now a foremost example of Alsatian architecture. Merchants used the ground floor of Kammerzell to sell their goods during the 15th century.

You definitiely must visit Palais des Rohan, an elegant 18th century palace. It was the  residence of Bishop-Princes until the French Revolution. There are three renowned museums inside the palace. Formerly on the ground floor, there were chambers of  the cardinals of Strasbourg. Today, there is the Museum of Decorative Arts displaying ceramics, porcelain, paintings or various items of fine goldsmith's work. 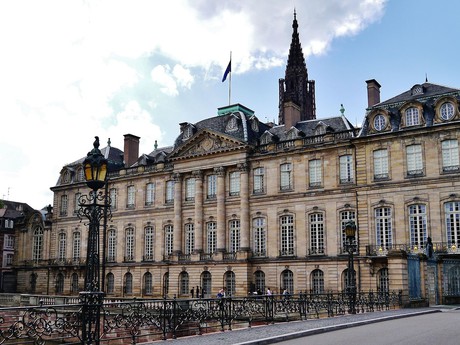 The Museum of Fine Arts covers the first floor of the palace. Its collection includes Italian, Spanish, Flemish, Dutch and French paintings from the Middle-Ages to the present time. You can see there works of such masters as Courbet, Botticelli, Delacroix, Goya, El Greco or Rubens. Last but not least, the palace hosts the Archeological Museum.

If you like to spend your vacation in a city and you enjoy sightseeing or roaming in museums this is the place for you to be.