Dijon is the most densely populated area within the region of Burgundy. There live about 150 thousand people in the city. The city has a long and glorious history. It was known as a Golden City and today this economic center is famous predominantly for its food industry. 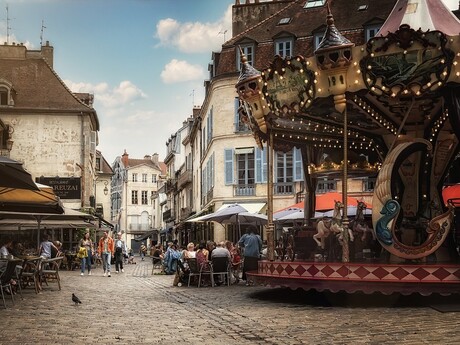 The importance of medieval Dijon. The city was in the 5th century a residence of the bishops of Langres. The Arabs invaded Dijon in the 8th century and two centuries later Father William z Volpiana initiated reconstruction of the abbey Saint Benign and he erected in the abbey a rotunda housing the tomb of Saint Benign. 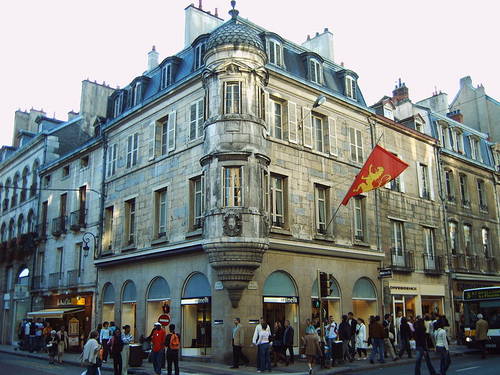 The 19th century was a great transformation for the city. New schools were established and coal and iron were exploited. The completion of the Burgundy canal increased economic importance of the city for it made better connection with the rest of the country. Old city walls were demolished and replaced by wide boulevards, unfortunately the castle built by Louis XI. (1461 – 83) was destroyed. 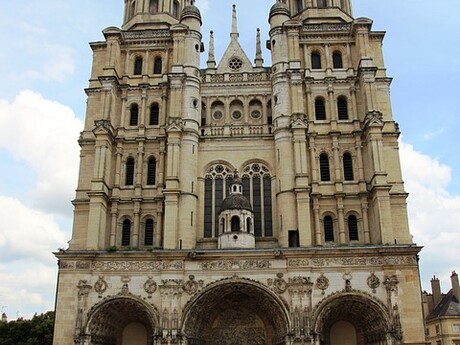 Dijon’s architecture is very diverse. Among the most important sacral buildings is the gothic cathedral of Saint Benign Dijon. The church was finished in the 13th century, however, in the 12th century it was damaged by fire, as well as a large part of the city. 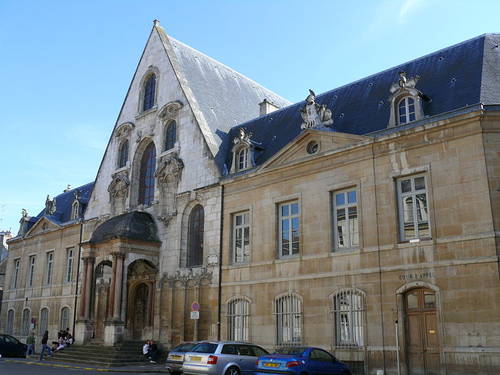 Another example of gothic architecture there is the Notre-Dame de Dijon. New construction techniques were applied during the construction of the church which took place in the years 1220 – 1240. In the course of the 1880’s a renovation took place and also every statue was reconstructed. Note one of the city’s symbol on this church, it is called the owl of the Notre-Dame de Dijon. 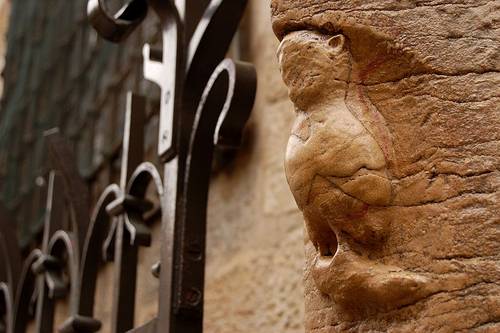 Among the symbols of Dijon is also La Porte Guillame, It is an arch de triumph built on a place of former medieval gate from the 12th century. The new gate was built in 1788 as a memorial of the governor of Burgundy, Prince de Bourbon-Condé. 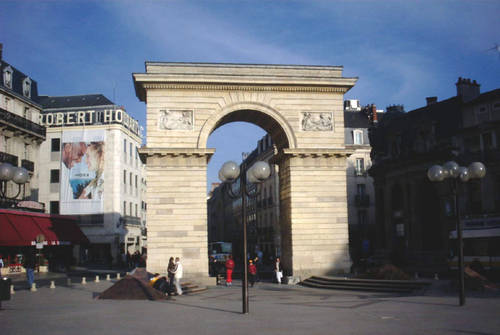 Tour Philippe le Bon is a 52 meters high tower built in the middle of the 15th century on foundations of an older, Roman tower. 316 step staircase leads to the top. In the Middle-Ages, the tower was a symbol of power for the dukes of Burgundy. 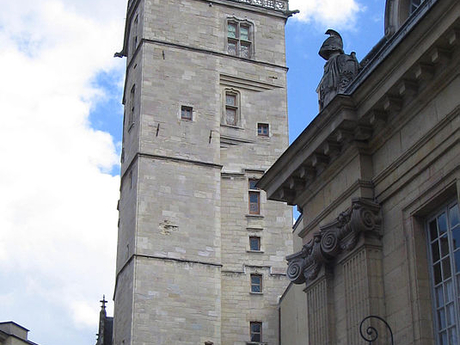 From its top you can see the whole Dijon. Near the tower there is a famous palace of dukes of Burgundy. This monumental residence was built from the half of the 14th century to the first half of the 15th century. Its oldest part is věž Le Tour de Bar. On every of its three floors there are spacy rooms with large fireplaces. The east wing of the palace used to be a private chapel Le Sainte Chapelle. However, in the beginning of the 19th century it was demolished to make place for a theatre. 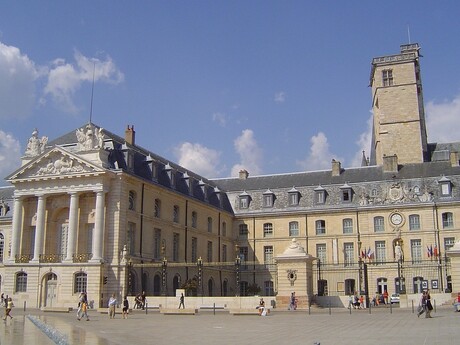 Today, the palace is a museum of fine arts . It is one of the oldest and largest museums in France (established in 1787). For example, you may see there ancient Egyptian burial art, renaissance art, the 19th century art or exhibitions of contemporary artists.