Saturday early morning. We were heading to South Bohemia and then we continued to Passau. The weather was not particularly good. It was raining through the whole ride and the rain hadn’t stopped even when we arrived in the most beautiful city on the Danube - Passau. Passau, a Bavarian town is located on three rivers (Danube, Inn, and Ilz). The town has wonderful atmosphere and magic.

The first attraction we would see when we left the parking lot was St Stephan’s cathedral. However, this wonderful structure was not the only thing which attracted us like a magnet as there is the largest organ in the world inside. It consists of 17 388 pipes and 231 registers. In front of the cathedral there stands the statue of Bavarian King Maxmilian Joseph I erected in 1824. We walk along the St Stephan’s cathedral towards Residenzplatz. A new bishopric residence is there. In 1809, Napoleon Bonaparte stayed there for a while and found fondness in the town. He said there was no prettier town in Germany. 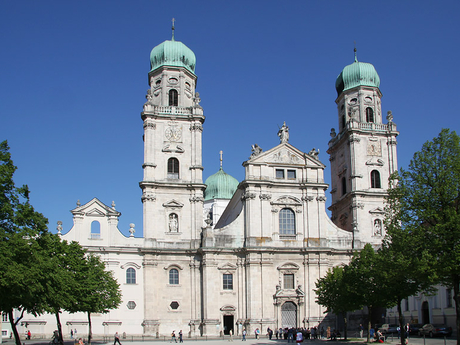 We continue down the riverside of the Innkai to the place called Dreiflüsseeck, the confluence point of the three rivers Danube, Inn, and Ilz each of them having its own color and you can see it even when you stand right at them. The Danube is yellow-green, Inn grey, and Ilz brown. The mount of Ilz is below Veste Niederhaus on the Danube’s left bank. It is a castle on water. Currently it is privately owned.

Vast Veste Oberhaus castle is situated above the river and is the dominant part of its part of the city. It was renovated couple of times its current look being formed during the 16th century. In this area you can visit the Firefighter Museum, Bohemian Forest museum, or a gallery.

The rain finally stopped which allowed us to take a walk along the riverbank. We passed by the Hängebrücke suspension bridge. We stopped at Rathausplatz square where stands the town hall and its 68-meter tower. Unfortunately, floods often hit the city. There are lines showing how high a water level was during the most significant floods. The worst floods were in 1501, 1595, and 1954. 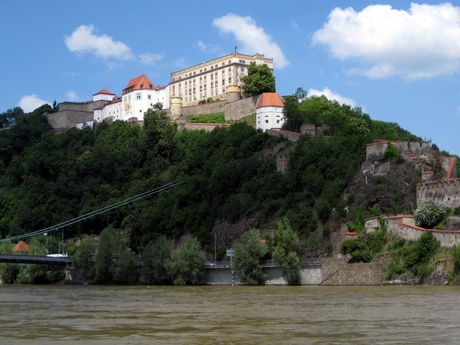 This would be it about our short tour in the city. Now we move to Bad Füssing, a fabulous spa town. It is about 30 kilometers down the road. Bad Füssing is currently considered as the largest Bavarian and also European spa town. The area covered by thermal water is almost 10 000 m2. There are 80 thermal pools. In my opinion, a lot of people want to relax at some spa resort in Hungary yet a few are aware of Bad Füssing, a nice spot near the Czech Republic. 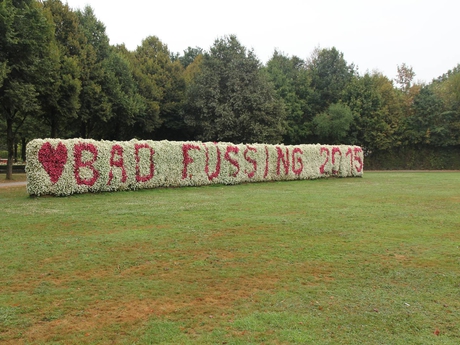 The spa’s history began in 1938. Sulfur thermal water was discovered when doing drilling works. The temperature of the spring is 56 °C yet it was adjusted to 27–42 °C to be used in many of local pools. The unique combination of healing substances has been used to heal the muscular system. You can relax and be treated at three compounds in Bad Füssing. 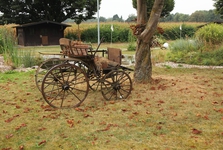 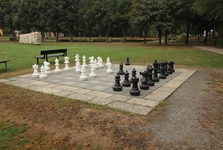 Therme 1 – many pools of different temperature. For instance, a circular pool with a fountain. Its part are spring pools, swan necks, and popular massage trail hidden under pressure springs.

Do you prefer steam instead? Salt steam bath „Silentium“ is the thing for you. It is great for your respiratory system. “Mysterium”, a classic steam bath offers sitting and laying area. It is of dark colors and the lighting here creates mystical

Do you really have some health issues and came here to cure yourselves? Then the Center of Health is focused on physical treatments like classic massage therapies, underwater massages, electroteraphy, or the natural fango on waterbeds.

Many types of saunas are what Therme 1 offers. Nudism is preferred way of being here. Not everyone enjoys it, however. Beautiful outer pool is in the middle of the sauna area. Next to the pool is a recreational area. The water surface here is surrounded by many low houses that have all kinds of saunas inside. Interesting events take place in rooms of these houses which smell like lavender, lemon grass, eucalyptus, or sandalwood. Choose what you like the most. Then you just leave everything behind and relax feel the energy going through your whole body. The saunas here are open until 10 pm.

This is only beginning to my story. Next time we tell you about other places in Bad Füssingu and also interesting places around.

Published: 14.12.2015
We set off early in the morning with a long way ahead of us. We are looking forward to a lake cruise. In 1873 the first steam boat Emperor Franz Joseph I had set sails on the lake and cruises have been made there ever since. The steam boat was a technical marvel the then. It is 33 meters long and also was used as a propriety in couple of movies because it allegedly looks romantic. You can also take a ride by this boat as it is still part of the fleet.