en.infoglobe.cz » Germany, Berlin – Along the Wall of the Last Century

Just take a look at the year 1963. The beacon of democracy - J.F. Kennedy thrilled the audience with his famous "Ich bin ein Berliner. The crowd at the Schöneberg town hall in west Berlin went crazy. There is still something from his persona remaining there. Once Germany was divided by the concrete wall endless resistance appeared. New generation of adults know why they need to preserve what remained of the wall. For instance, to remember that no such wall shall be built ever again. The old wall remind of the victicms fallen due to its cause. 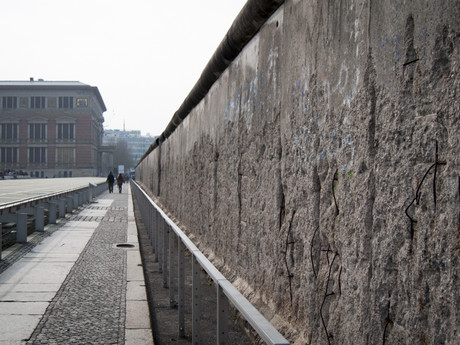 The Berlin Wall is not just a memory. It is an attraction. This is best to be s

potted on Niederkirchnerstraße. The wall section there is in the best condition without graffiti. There are also many stalls and souvenir shops. Also, the Gestapo HQ used to be there. Today, there is a museum on the topography of terror. Still, in case you intend to get a deeper look on the History of the Berlin wall and you want to be in contact with the wall take a walk down Bernauer Straße. Apart from the remains of the wall, there is Gedenkstätte Berliner Mauer - the Berlin Wall Memorial which tells its history from the beginning till it was torn down.

Historians are not the only ones to be interested in its history. Take a look at East Side Gallery. It is a very creative space of 1,3 km in length displaying very interesting paintings. Also, it is the longest part of the Berlin Wall still in existence. You will understand immediately why we put emphasis on the word clean before. Over 100 German and foreign artists took the wall apart. They depicted scenes from its history on individual pieces. This gallery is situated along the Spree river in Mühlenstrasse street - stretching from the city center to Kreuzberg district. 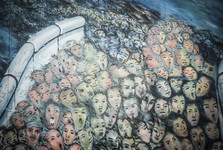 Mauerpark is our last stop along the wall. The wall created the borderline between Prenzlauer Berg and Wedding districts there. People gather there on weekends to listen to good and bad music, sing karaoke. Thanks to the swings people were allegedly able to see over the wall. Or you can visit the most famous of the flea markets in Berlin. 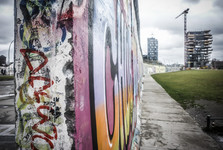 There are many other great places showing the life in the DDR in Berlin. For instance, the state police HQ is today a museum (the Stasimuseum in Lichtenberg). The great movie Das Leben der Anderen is about the day-to-day going of the police.

However, further investigation of this great city is up to you to conduct.