en.infoglobe.cz » Germany, Bremen – A Short Stop in a Hanseatic City

Bremen are located in north Germany on the River Weser. The city is together with a smaller city of Bremenhaven part of Free Hanseatic City of Bremen, a German federal state. This state is totally surrounded with Lower Saxony.

Bremen are relatively large city today. About 550 thousand people live here and 10% of this number are the Turks. This large minority has its origins in the so-called Gastarbeiterprogramm, a program which attracted labor to Germany in the 1960s and 1970s which subsequently established large minority hubs across Germany. And the Turks mostly from Turkey’s countryside became the largest minority within this program.

The economy of the city is based mostly on foreign trade. Various goods are exported abroad from the city’s port, among them is food like fish, meat or dairies. The largest share in the economy of Bremen take services. However, manufacturing used to dominate local economy. It was represented by shipyards AG Weser and Bremen Vulkan. For instance, there was built the very first German steamboat, many military ships, or civil ships. But both shipyards were closed in 1983, respectively 1997. 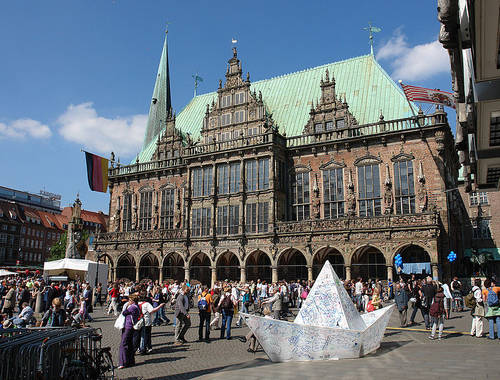 Bremen are interesting for its historical center, museums, galleries and so on.

The Roland Statue in Bremen – is the principal sight in Bremen. The statue reaches height of almost 5 and half meters and moreover, it stands on a 60-centimeter pedestal. Behind the statue there is a Gothic pillar with canopy supporting it. The Roland statues, common in Central and Eastern Europe, symbolize rights of cities, freedom and autonomy of merchants. These statues show Roland who is the main character in the Song of Roland, a Frenche heroic epos set in the times of Charlemagne. 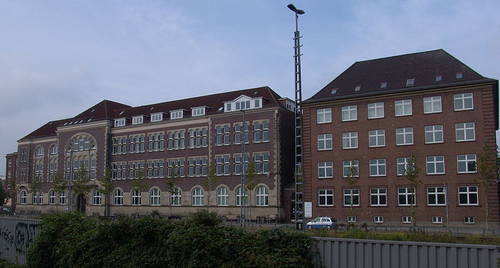 Town Hall – is one of the main Gothic sights in Europe. The town hall is located in the center of Bremen at Markplatz. The town hall was built at the beginning of the 15th century and at the turn of the 16th century it was rebuilt into the style of the Weser renaissance.

Bremen Cathedral – you may find near the town hall. This originally Catholic church became Calvinist and later Lutheran after the reformation. Its two tower are today 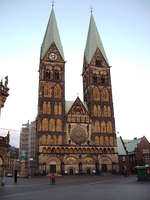 opened to the public and in the cellars you may see mummies. In the Bible garden right next to the church there are several benches where you can rest for a while and enjoy your snack.

Arberger Mill – it was built at the beginning of the 19th century and until the 1960s it operated as a mill. Today an engine propels it. The mill is very well-preserved and it is the oldest mill of this federal state.

Old Pharmacy (Alte Apotheke) – was constructed in the year 1889 in a historic and is the oldest pharmacy in Bremen. It worked more than hundred years, to the end of the 20th century.

The 'Köksch un Qualm' Museum – this museum is located in the former cigarette factory. It will show you everyday life at the turn of the 19th century. You will learn how people used to cook, grind grain, make soap and worked with a mangle.