Frauenkirche, the Symbol of the City

The Frauenkirche is a Baroque Lutheran church on Neumarkt Square. The central square building under a massive stone dome was built between 1723 and 1946, but 200 years later it was fatal. In February 1945, the Allies decided to destroy Dresden as a major railway junction and they bombed the city. The event had very devastating consequences, with nearly 25,000 people killed. All major buildings were hit and an unimaginable, three-day-long fire broke out after the bombing. (Ironically, the railroad was out of service for only a few days.) However, the Frauenkirche church was turned into a pile of rubble and remained until 1990. After that it was rebuilt, the interior decoration was restored, all according to picture documents, as the plans have not been preserved. 60 years after the war, in 2005, the church was consecrated again. 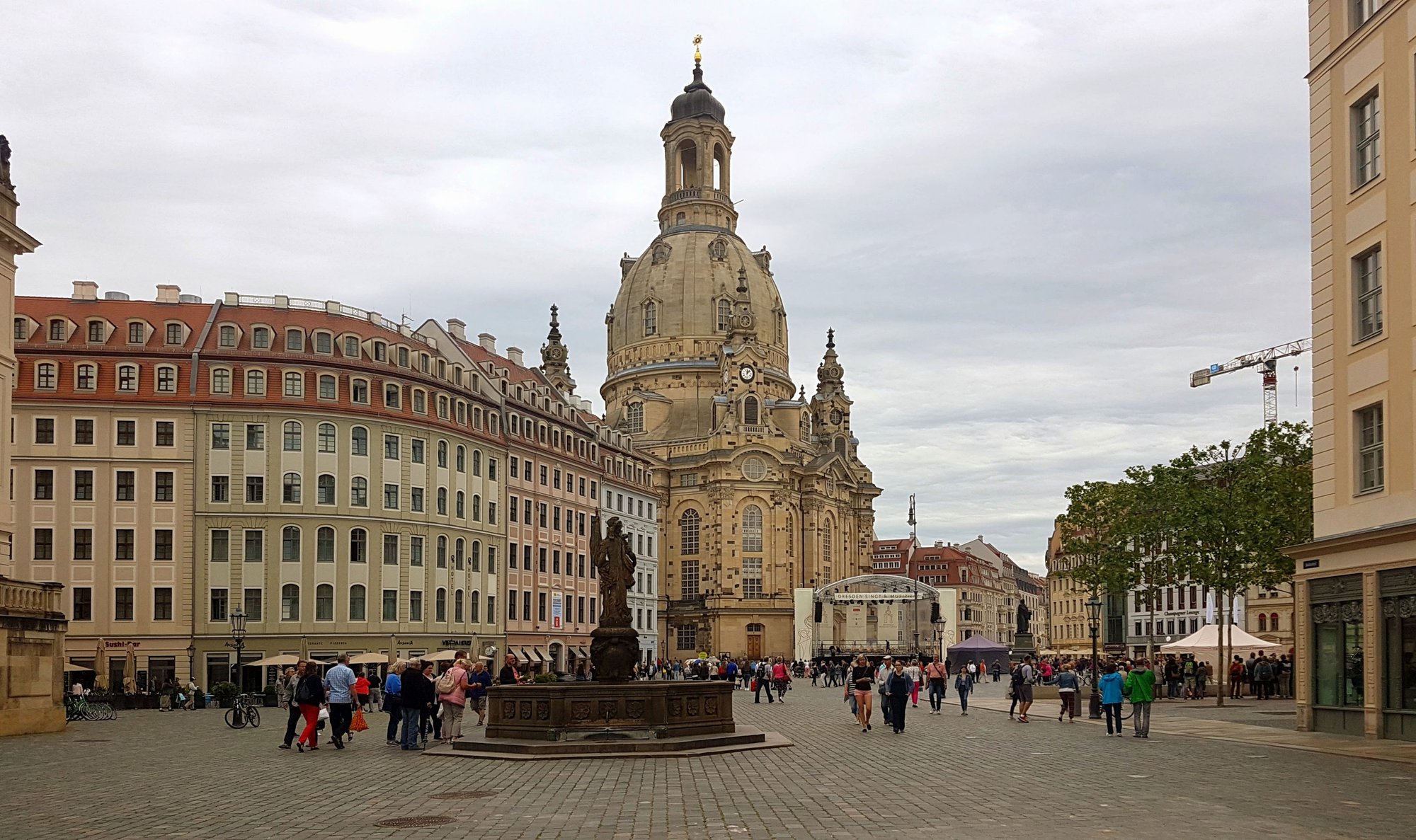 The extent of damage to the building remained visible on the façade. The dark blocks are the original ones, everything bright is the new masonry of the present renewal.

You can visit the Frauenkirche and, after paying 8 euros, you can ascend to the viewpoint in the lantern above the dome, from where you can see Dresden from the height of 67 meters. 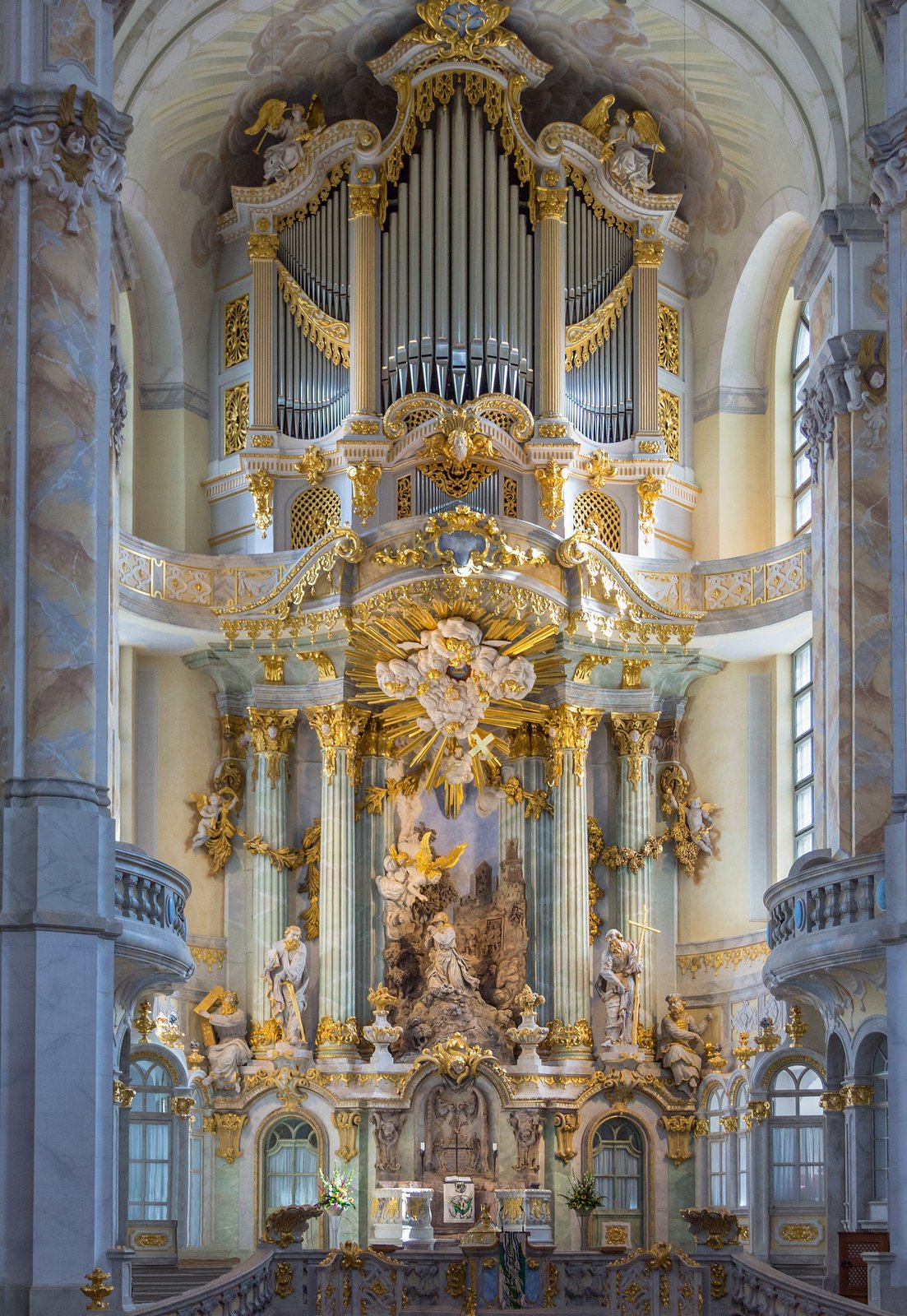 On the opposite side of the center (approx. 1 km) is the Baroque Zwinger Palace. It is a large courtyard enclosed by pavilions, arcades and the Sempergalerie building. There are collections of old masters, in the pavilions there is the Museum of Porcelain and the Mathematical-Physics Salon, a collection of historical technical instruments. Entrance fees are paid, otherwise you can walk through Zwinger freely both through the courtyard and the arcades. Who loves baroque angels, he will be here in heaven. Such a quantity of sculptural decoration in one place is not really visible. But it has not always been so. The complex was intended as a courtyard to the castle, but its construction did not even begin. The building was the idea of ​​the Polish King and Elector of Saxony, Augustus II. Strong, who, like many others, looked in the unmistakably lavish style of Louis XIV. The foundation stone was laid under the supervision of builder M. D. Pöppelmann in 1711. Then the building deteriorated until the mid-19th century, when the vacant site was closed by the Sempergalerie building. The maintenance of the baroque complex was almost never a means until after the devastating end of World War II it was decided to start the restoration. 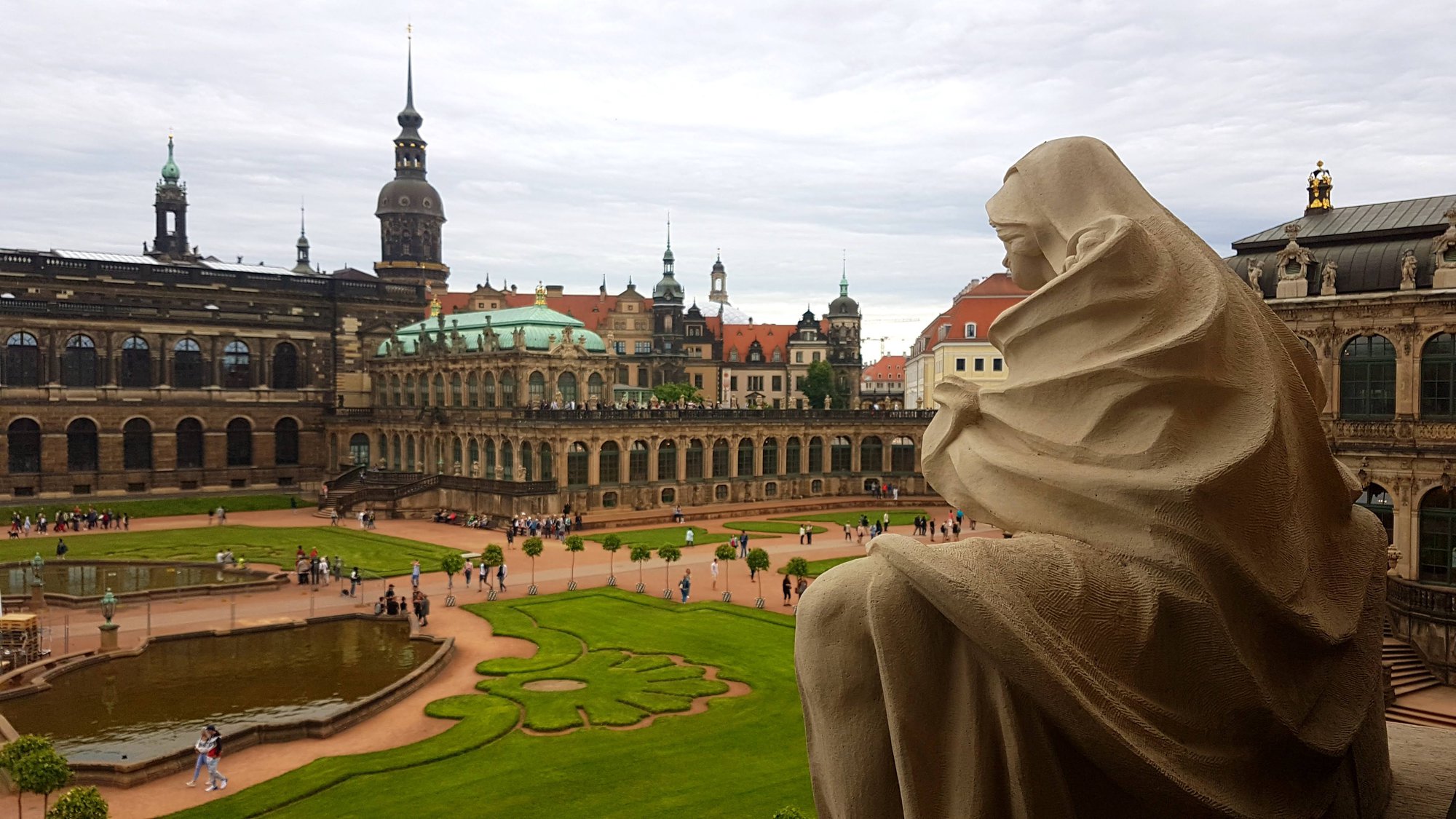 If you spend enough time in Zwinger, you will certainly hear the porcelain clock chimes at the entrance pavilion. It nicely illustrates the atmosphere. 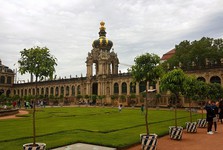 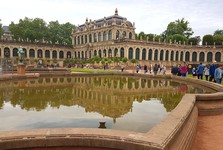 Walking in the City Center

The center can be walked along the waterfront promenade. From the square in front of the Hofkirche you can get to the so-called Brühl's Gardens, along the remains of the city walls. Along the way you will see the magnificent buildings of the Academy of Art and Albertina, where there are collections of modern art. Another admired monument is Fürstenzug, a ceramic painting of a 101 meter-long wall depicting the Wettin rulers in uniforms and horses. The residential castle is best photographed from the Zwinger gallery, but do not hesitate to go inside. There are collections of art as collected by August the Strong. 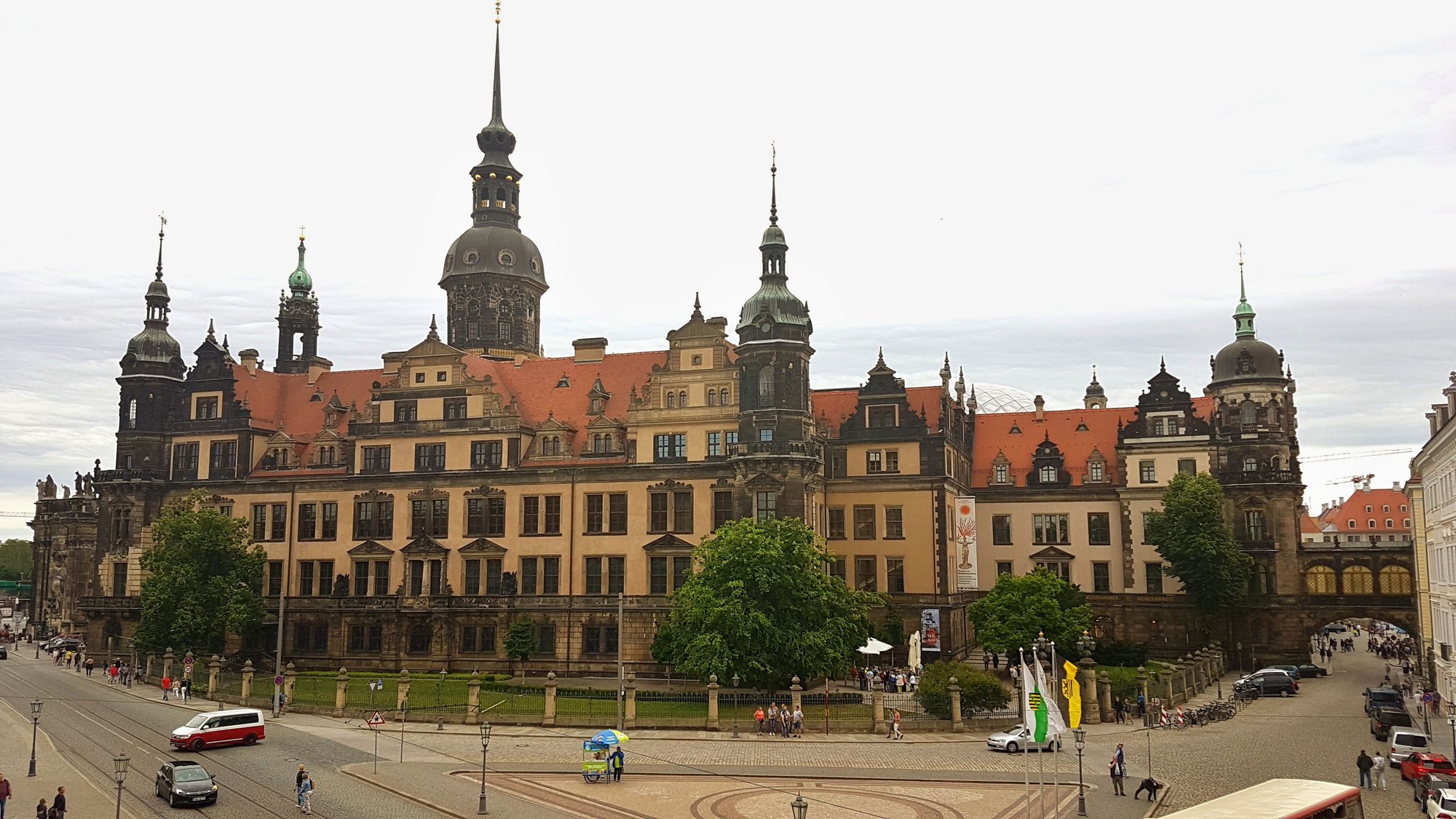 Audioguides with Czech are available in Dresden's city museums, so you won't be deprived of interpretation even if you don't understand German or English. 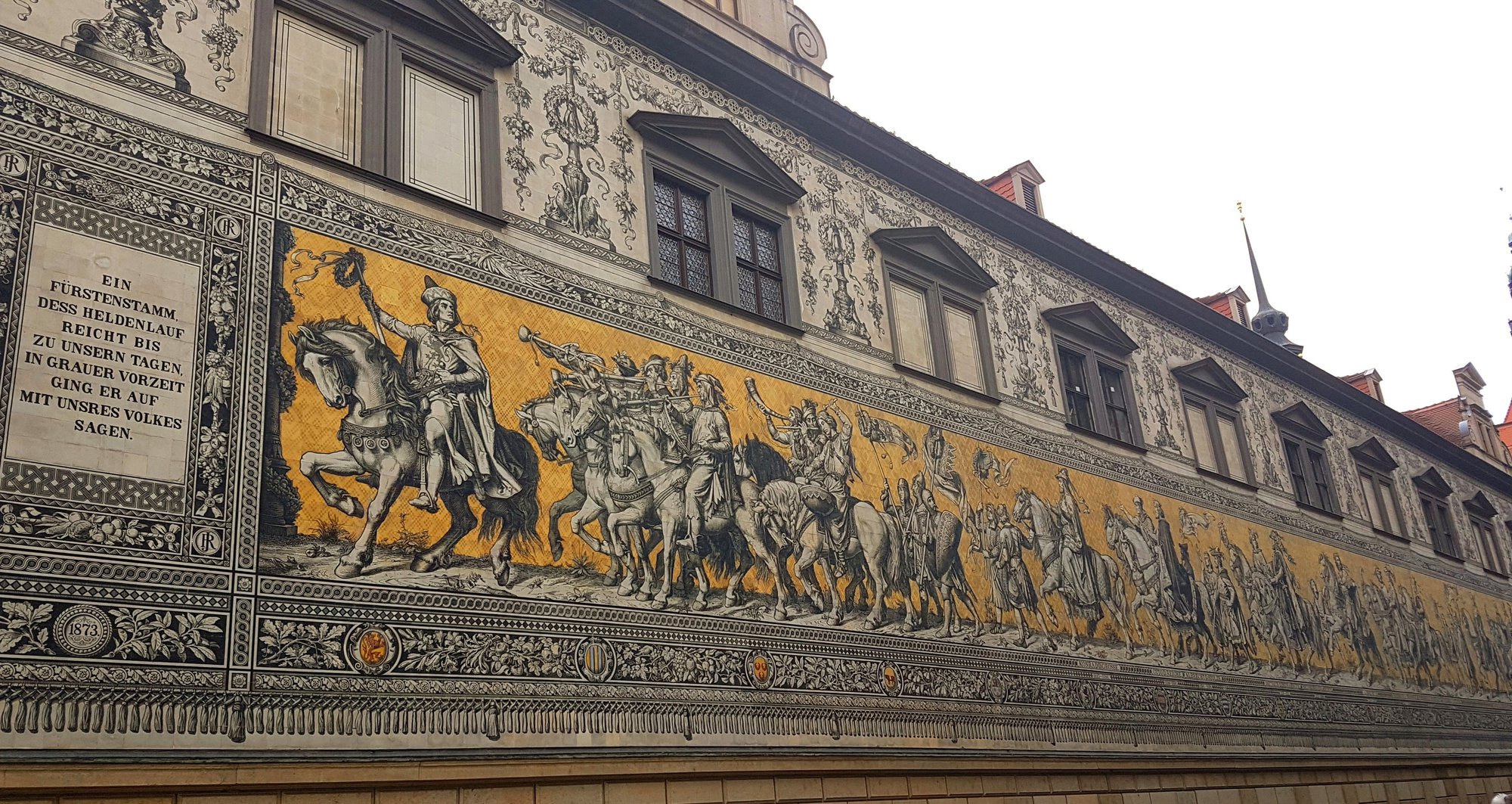