Our current tourist destination is the Zittau Mountains - the ruins of the Czech Royal Castle and the Oybin Monastery. This castle complex was built on the sandstone massif of the same name, and together with the ruin is the dominant of the town of Kurort Oybin, which lies 8 km southwest of Zittau. 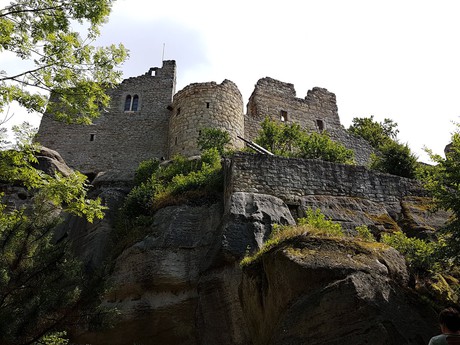 Since the year 1891, visitors can travel from Zitava to Oybina by a narrow-gauge train with a track gauge of mere 750 mm. The narrow-gauge trains are every day pulled by steam locomotives and bring you to the station to the center of the picturesque town. However, the easiest way is to drive by car and road either on the highway to Chrast, or through the Lusatian Mountains Protected Landscape Area. The parking capacity of the central car park seems to be sufficient enough. To the east of the car park there is a recreation area with tables and benches, where you can relax for a while. You are just a few meters away from Hauptstraße street which runs up leads to the castle gate, from which you turn the poles up the stairs around the church. 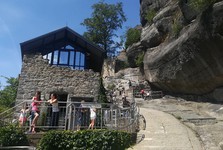 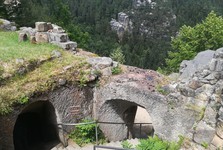 Entrance gate, kasa and toilets are in the south of the complex. The season is open from 9.00 to 18.00. We have bought the ticket so we can go through the turnstile to the third castle gate and say something about history.

The castle's fortification was originally very simple. From this fortification a defensive fortress was built at the beginning of the 14th century. In the middle of the 14th century the German emperor Charles IV commenced Royal House here. Also, he donated to the Order of the Celestines a monastery, which was built in 1384 in cooperation with the famous Prague architect Peter Parler. At the time of the Reformation, life in the monastery was completed in the middle of the 16th century. Since then the castle has been dilapidated and nature has been done. At the turn of the 18th and 19th century the building was discovered by romanticist painters, who also became famous for it. Since then, much has been done to maintain and reconstruct this place. 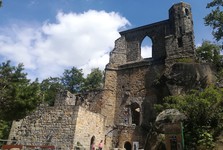 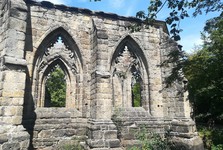 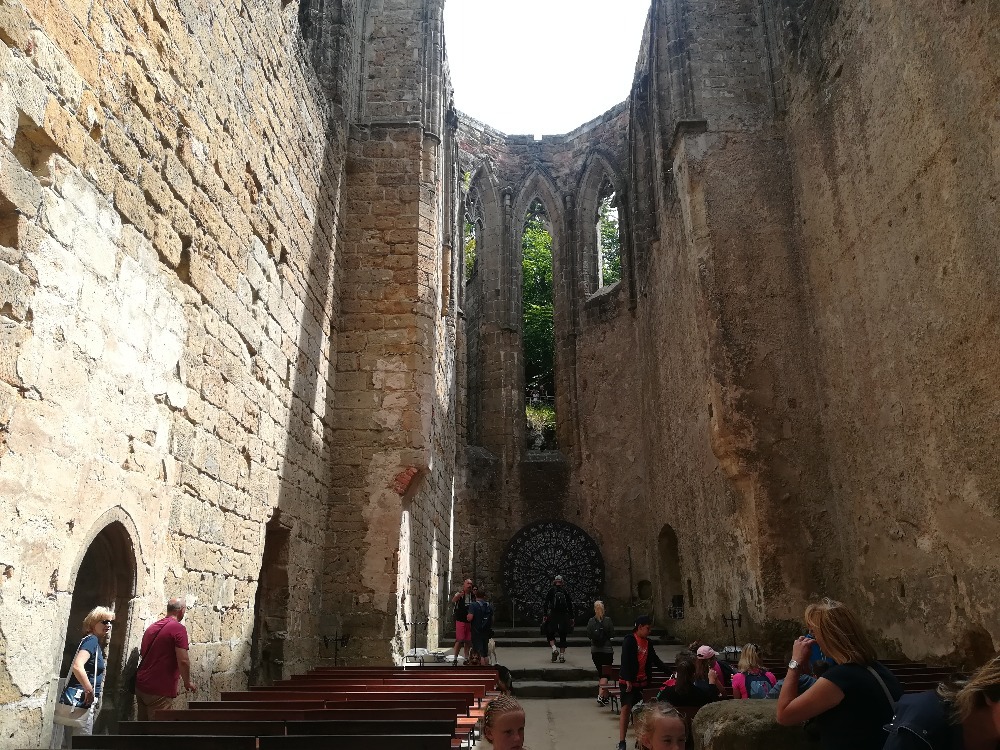 Through the third castle gate, you will reach the castle courtyard, from which the beautiful view of the inn and the mountain cemetery is on the right. On the perimeter of the courtyard are the remains of the already mentioned Imperial House, a stone furnace from which the underfloor heating, the official building and the residential tower where the Habsburgs and the Oybin Monastery exhibition is placed today. Another permanent and interesting exhibition is the Ovens and Heating of Oybin castle. 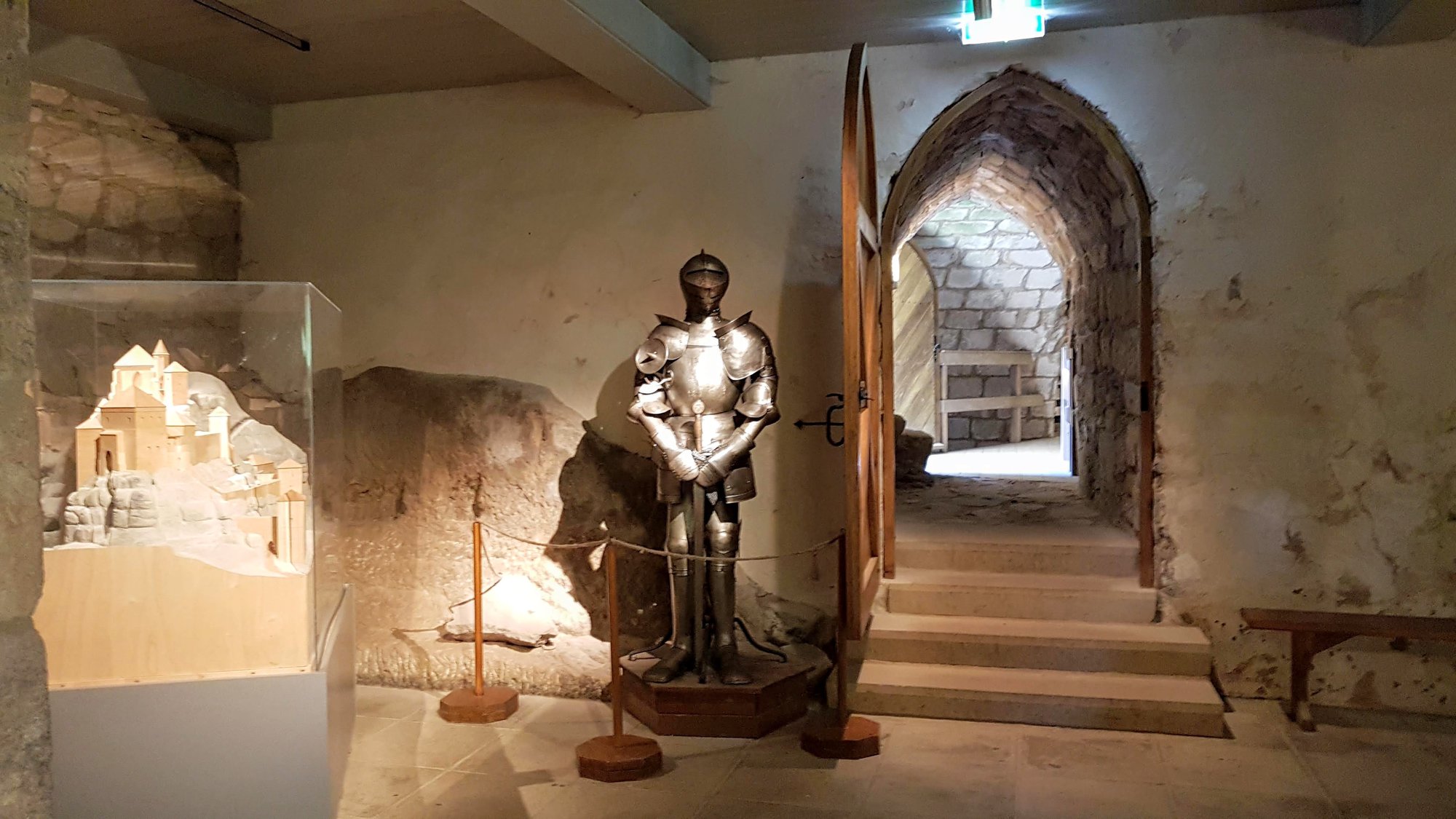 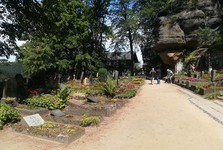 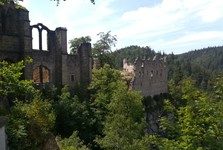 The most beautiful part of the ruins is undoubtedly a monastery church whose southern wall is from its 2/3 (about 25 m) carved into rock. The church tower now serves as a lookout tower - there is a very narrow two-way staircase on the upper platform. The chapel of St. Wenceslas, under which there is a treasury where parts of the treasure of the Prague cathedral were deposited during the Hussite wars. North of the monastery, there is a well preserved mortuary, a very photogenic window to the library, and a cloister that you can get to other parts of the tour - to the cemetery, inns and more to the countryside, where short trails lead to the so called northern and southern platform.. 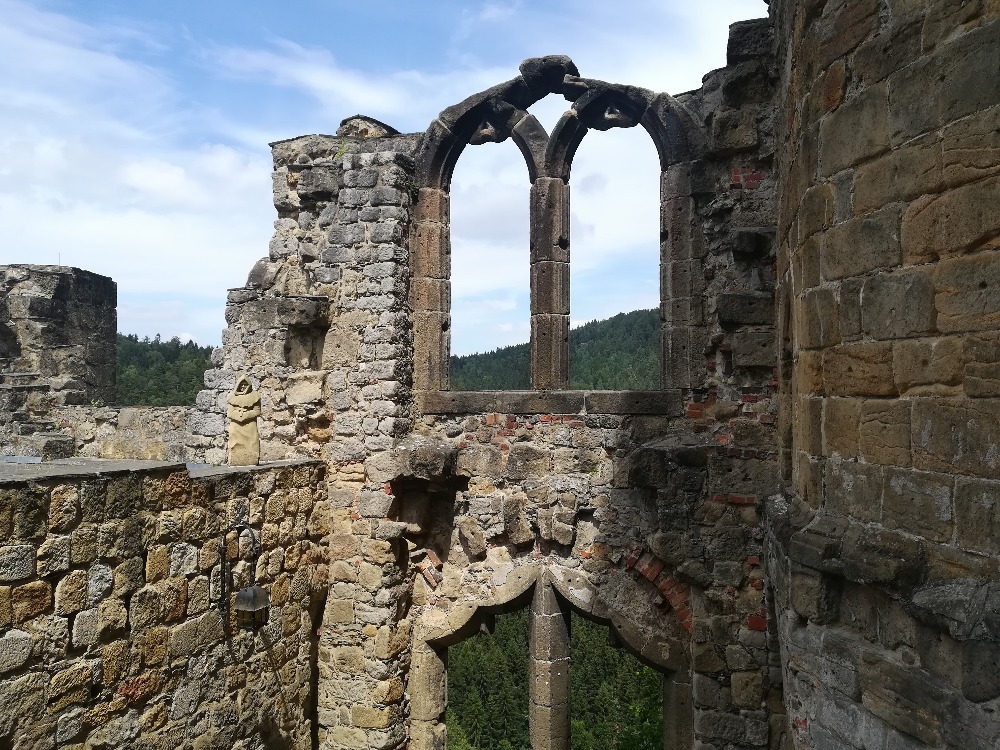