The oldest surviving district of the city is Schnoor, originaly a fishermen's district 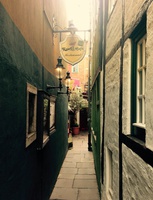 . Its name comes after the longest street which goes through this district. Local student tells us the name "Schnoor" is devoted from German "Schnur" which means rope.

The houses are so close one to another they resemble a string of beads. In Schnoor, there is a great number of restaurants and cozy cafes waiting for you to visit them. The riverbank of the River Weser constitutes the border of the district. It takes only a short walk to reach the main square.

Romanesque cathedral of St Peter is the main landmark in the city. It was built upon the foundations of even older structure in the 11th century. It saw several vast rebuildings over the course of centuries. The last vast reconstruction was in the early 20th century. The second tower on the west side of the church would be finished. Visitors can see the interior of the church as well as amazing Romanesque underground crypt. Should you thrive to learn more about the history and design of the structure take a guided tour (without early notice it is available only in German and English). 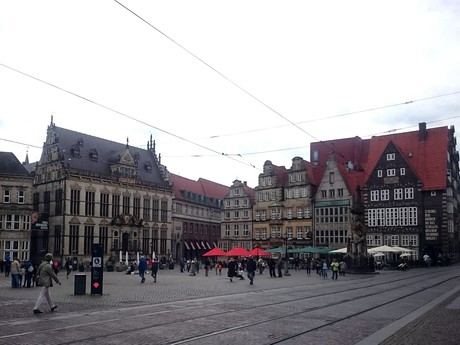 The town-hall with beautiful Gothic facade is situated right next to the cathedral on the oldest and major sqaure in the city „Am Markt“. In front of the town hall, there is a modern version of the Town Musicians of Bremen - animal heroes of Brothers Grimm's fairy tale. A donkey, dog, cat, and a rooster were expeled from their homestead because they were too old and they were not of any use to their owner. They decided to go to Bremen and earn living as musicians. Thanks to their wit their escaped a group of bandits and settled in their house. The brave animals became an unofficial symbol of the city even though they never reached its gates in the fairy tale. Themed souvenirs and fairy tale books are sold everywhere in downtown. Knight Roland statue which represents the respect and freedom of a Hansa town is one of the traditional symbols of the city.

It is easy to just walk around in the city and see all you want. All important historic landmarks are situated in the historic center anyway. Most of the locals use bike to get around in the city and you can try it as well. A good bike rental is situated at the train station, for instance. Once in this city you can easily visit another city in Germany and you can do so by train, for instance from Hamburg, Hannover or Berlín. Even long-distance bus lines of Czech and German companies go there. 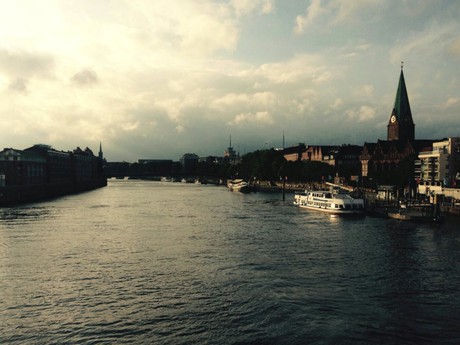