The abbey was founded in the early 7th century and was dissmised in the 1630s during the time of Europe-wide reformation. Then the Church of England was founded. Anyway, the abbey was built upon older church of St Pankratius which laid on ancient Roman site. Some of its most distinct architectonic features include Augustine and Cemetery gates both constructed in the 13th century. The cemetery itself holds the tomb of the saint or the tombs of King Ethelberta and his wife Bertha. 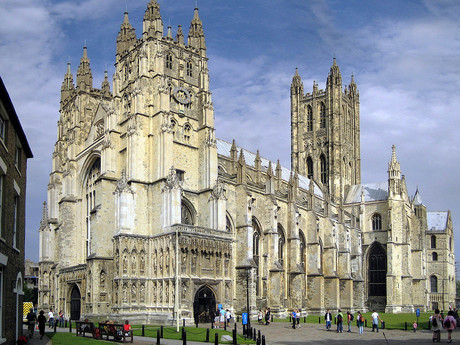 So let's us not hassle around and go to the Canterbury cathedral itself. It is very close to the abbey, actually only about 10 minutes of walk. The cathedral was founded by St. Augustine as well. However, it was only in the year 1070 when the cathedral was finally consecrated. This church is a place where you will feel history all around you. Many important events happened at this place. Consider the year 1170 when Archbishop Thomas Becket was horribly murdered here. 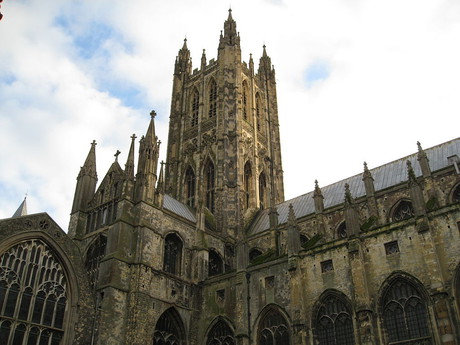 To not to miss on anything of importance, take a guided tour which is about one hour long. However, keep in mind that the cathedral is a very popular spot for tourists. Every year around one million visitors come through its entrance. The church is one of the most important religious landmarks in England. There are several interesting facts linked to this structure. It was one of the first places in England with running water (1165). Monks even had the luxury of flush toilet. The backbone of English law the Magna Charta was originally made only in four copies one of which was created here in Canterbury cathedral. 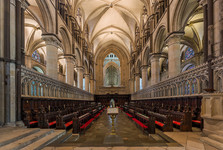 We could go on and on with writing interesting things about the cathedral. Yet there is nothing better than to see it on your own. Having a good book guide can help you to immerse yourselves to its amazing atmosphere.