An important transport junction was positively reflected in the flourishing town and the local beach Sandy Beach soon became a popular resort. This ancient history reminds the old railway viaduct at the port, after which until recently was only at memorial ceremonies rides passed the famous Orient Express of the British Empire through the capital Paris and Central Europe to Istanbul. Railway fame, however, accompanied by Folkestone and present - on the outskirts of Cheriton's first railway station trains on the English side after their exit from the undersea Channel Tunnel.

The famous Sandy Beach is still a wide area or steep cliffs Dover beach only more accessible, even when the water temperature today can hardly compete with increasingly accessible, warm and exotic destinations. With the city it is connected by historic cable lift Lease. 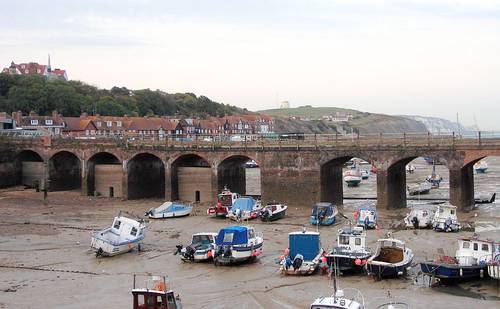 Today, approximately 50 thousand Folkestone, belonging to Kent county, at first glance reminds nostalgic quiet resort. Just take a walk along the beach, however, and few sights in and around the town and the visitor finds a surprise that there is also something to admire. Just a fleeting walk along the beach for example, indicate that the site on which the city lies, conceals many treasures that will be appreciated by families with curious children, but also fans of fossils and natural sciences or paleontologists.

Inhabitants try to remember the glorious past and better visualize their region. Example is the art festival, which takes place in Folkestone every three years. At that time, can be seen walking around town with many art works. The event became the church Wed Mary & Wed Eanswythe's Parish Church beautifully decorated dummy ships. Also this summer could be interesting to see the statues, sculptures and other artefacts, on the beach or boat bell chime the tightrope ... Statue of William Harvey reminds the famous native son - the discoverer of blood circulation. 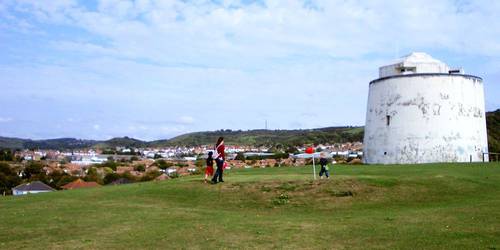 An important and visited attraction is the Museum Battle of Britain in the nearby village of Hawkinge is still alive as a reminder of World War II. There is possible to see also the historic shipwrecks and downed aircraft equipment, uniforms, medals and other items commemorating the heroism of pilots. Honour their memory then you can at Memorial Battle of Britain Memorial in the village of Capel-le-Ferne, near Folkestone also. 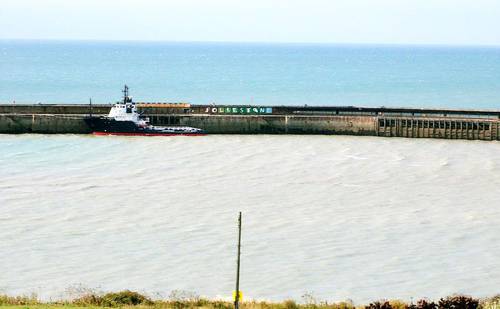 Published: 14.11.2014
For a while we leave Central Europe, we move to the Irish Sea, the home of the Isle of Man. Its coat of arms is rather interesting as it shows three armed legs in the shape of triskelion. It is an ancient symbol that appeared in many cultures that don’t exist today. Yet today, you might see it at Sicily’s flag.