Romans founded Lincoln and named it Lindum Colonia. However, the Normans left the most visible traces on the town. They built the fortification, a castle, and the cathedral. In the 19th century, Lincoln was connected to the rest of England with the railroad. This meant a boom of steel industry. Manfacturing still plays an important role. However, today is Lincoln attractive mostly for its preserved historic buildings and beautiful green spaces. 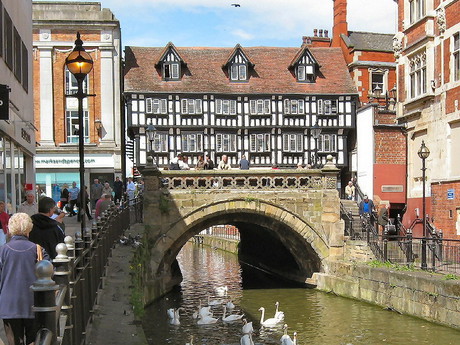 Most of historic buildings are located in Upper Town. At the foot of Steep Hill, there is Jew’s House, a Norman stone buildings constructed in 1170. Opposite to that, there is  Jew’s Court, once a synagogue which was built at the end of the 12th century. In the past, Lincoln was home to one of the five largest Jewish communities in England. However, strong antisemitic sentiment (all across Europe that is to say) ended up with Jews being expelled from the town. Go to some of the old merchant houses. Two of them are especially intriguing and both were built in the 16th century – Harlequin and Harding House; or see Aaron’s House, another Norman structure built around the year 1150. 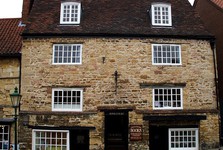 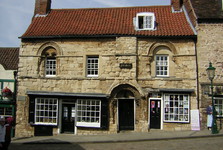 Let's see more of Norman architecture and focus on Lincoln cathedral, one of the most visited cathedrals in England. It was constructed after an order by William the Conqueror. The cathedral consists of three aisles of impressive length. Honey-colored limestone and Purbeck limestone were used as construction materials. Pay attention to the round windown known as the Eye of the Deacon and also to the Eye of the Deacon with stained glass from different periods. 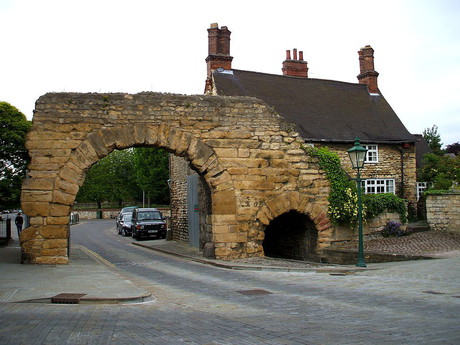 By going through beautiful iron gate you get to Saint Hugh's choir. The choir is a prime example of early Gothic architecture. Of the things interesting about the cathedral is Lincoln imp. The legend says, he was annoyed angels on the choir so much they would turn him into stone. 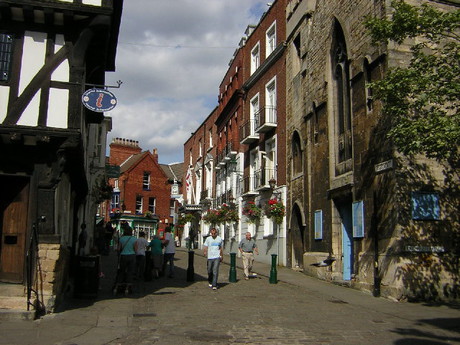 In thet headline we put the name of George Boole. It may be that some of you have never heard this name before. Rest assured that this man who lived from 1815 to 1864 was the founder of the Boolean logic and laid foundations of today's informatics.