To get to know this region the best stay at Ilfracombe town. You can get there comfortably by bus from Victoria Station, London. And in Ilfracombe there are many bus lines which can get you to other locales around the town. Ilfracombe flourished during the times of Queen Victoria. when spa tourism experienced boom. Tunnels carved into the cliffs on the shore and high tide pools are memories to this era. The pools were made in the early 19th century and were supposed to provide entrance to otherwise rocky shoreline. This sort of a landmark is called Tunnel Beaches and is sure worth your time. 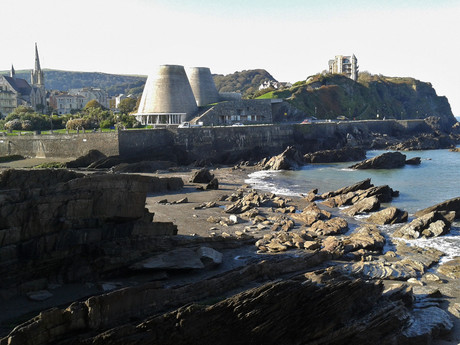 As the town's inhabitants try to stick to their old and elegant atmosphere, there are several pieces of modern architecture as well as art. 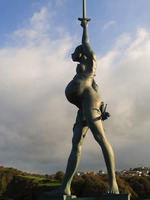 The Landmark Theatre is an example. It is better kwnon as the "Madonna's bra" for it consists of two conical shaped buildings. However, even more constroversy sparks the building by modern British artist Damian Hirst. He made a monumental sculpture of a pregnant women 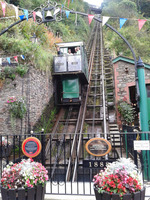 which is half skinned. The sculpture's name is Verity and there was a town referendum prior its placement in 2012

Upon the port, go uphill to St Nicholas chapel. This was originally a Gothic style church which also works as a lighthouse. It is considered the longest operating facility of its kind in England. Below the chapel, there is a scenic point which gives you the view of Lundy island 30 kilometers away as well as the coast of Wales which is even further

Ilfracombe is not the capital of northern Devonshire. The capital is Barnstaple, a town of 50 thousand. It is a traditional English town with narrow streets and High Street, its main artery where shopaholics can enjoy their guilty pleasure. Those not interested in modern art or architecture or consumer products should head to the original Victorian marketplace which hosts a flea market nowadays. Also, be sure to visit visitors' center at Queen Anne's Walk building which was built to honor the unification of England and Scotland. 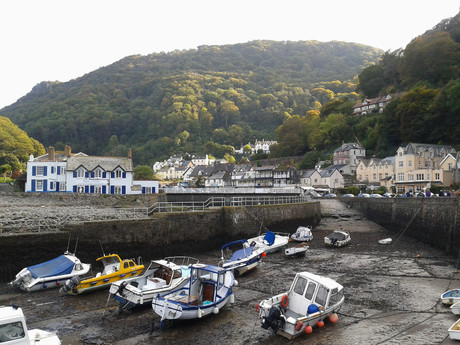 There is also a national park in this area. Exmoor is worth visiting. Local easy trails are easy enough for children and seniors. We recommend you to set off from Lynmouth village situated on the shore. Take cable car up to Lynton village. The cable car works thanks to water pump (it has been in operation since 1890). It is easy to reach pedestrian trails following the sea when going from Lynton. And here you have another amazing vista over the coastline of Wales. The main attraction here is a herd of wild goats. The Domesday Book which was written in 1086 also mentions these goats. 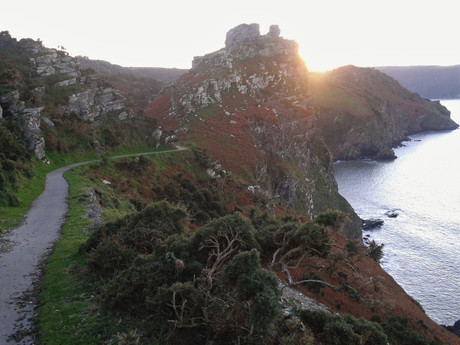 Like in southern Devon to which tourists give greater preference, in northern Devon you can also taste local specialty called "cream tea". It is a pot of black English coffee with biscuits and whole fat cream and home-made marmelade made of strawberries. At a café, or on Woolacombe beach you can try this delicacy. The beach is undless stripe of gold sand called by many the most beautiful beach in England. 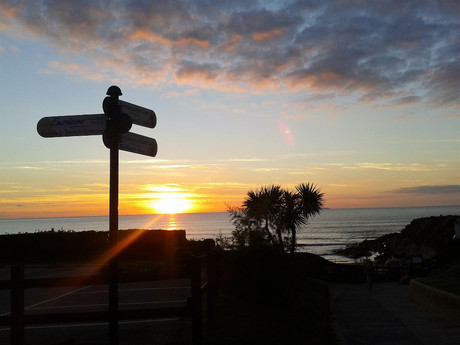 Either you take a walk in Exmoor park, or you surf at the famous Woolacombe beach - north Devon will capture you for its nature and Victorian atmosphere.