To the iconic chalk cliffs we set out from the outskirts of the coastal town of Seaford. There is a stylish hospitality, where you can refresh yourself and then take a 2.5-hour walk (bike rental). Initially, the road, which is part of the national network of trails (specifically South Downs Way), runs alongside regulated water channels (canoeing), far-reaching plains where herds of sheep or cows graze, and occasionally we see bunkers protruding from the ground from World War II. 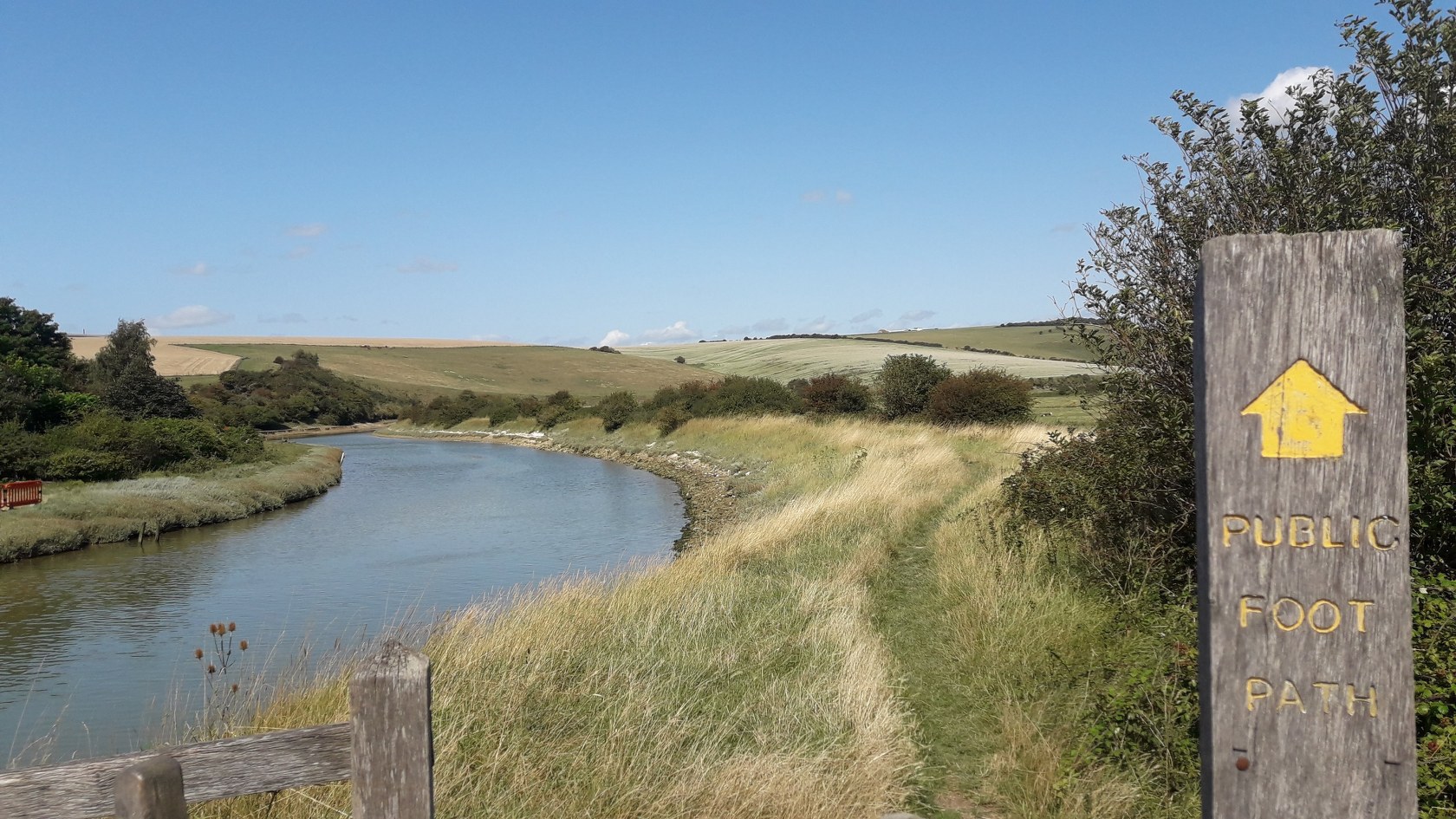 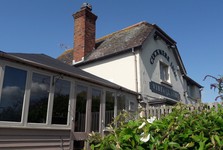 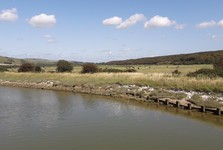 Gradually we get to the coast, where the administrators of the Country Park of Seven Sisters. One of the farm buildings is remodeled for camping purposes, so if you want to wait for sunset or sunrise, you can break out things here. This breathtaking mouth of the river called Cuckmere Haven attracts not only hundreds of thousands of tourists but also filmmakers from all over the world. You could see the beach at Cuckmere Haven in Robin Hood movies with Kevin Costner, Harry Potter, Mr. Holmes or Luther. The local unique ecosystem offers a view of birds, populated water meadows or hare running around. If you're lucky, you'll see snakes, piles of oysters, and even seahorses. 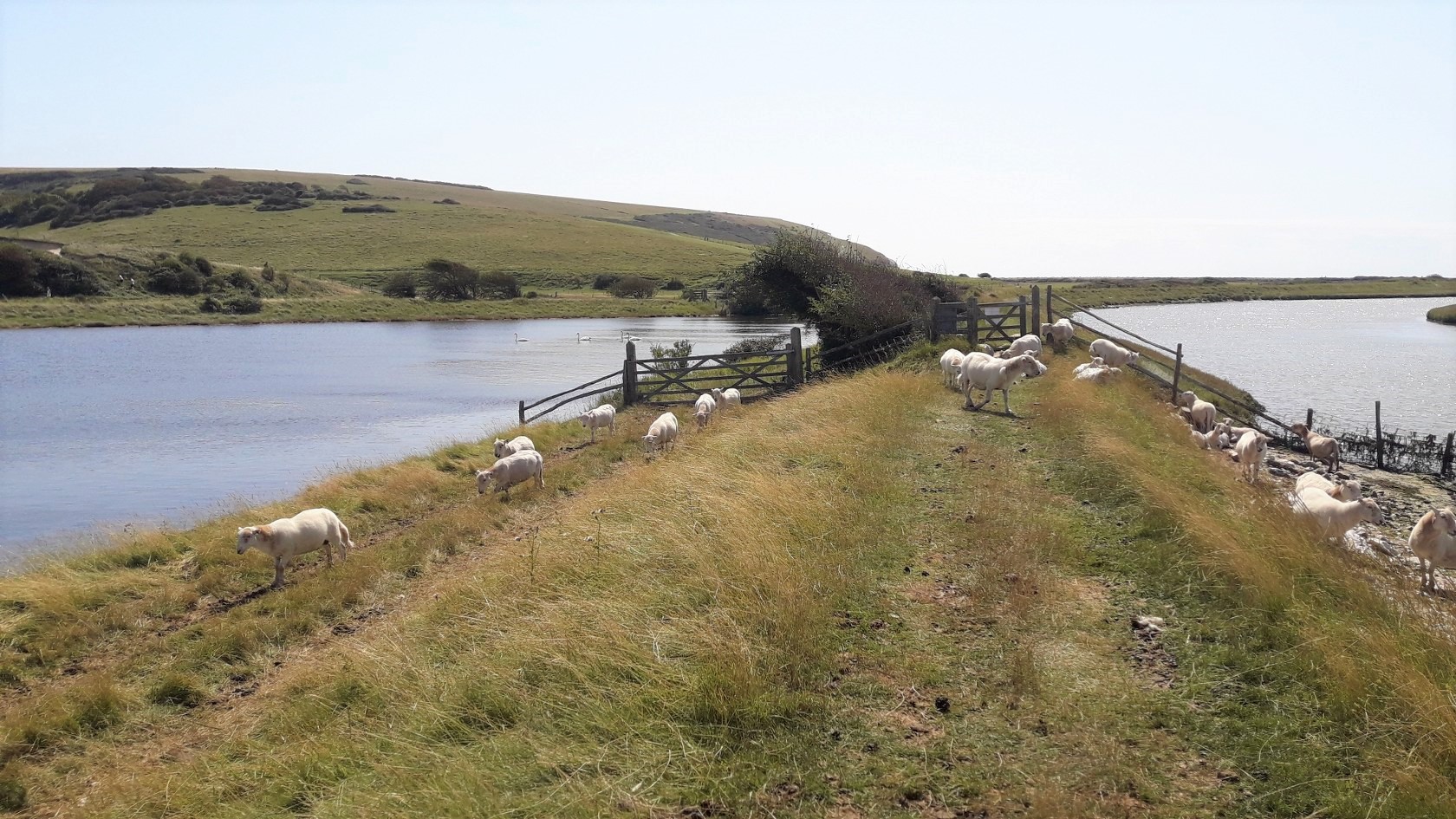 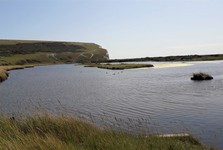 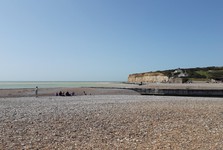 We continue towards the cliffs themselves. Along the way we pass a memorial to Captain William Charles Campbell, who was a fighter pilot during the First World War and made more than twenty victories. After a short while we walk along the edge of the chalk cliffs, which are part of the South Downs National Park (670 km2). 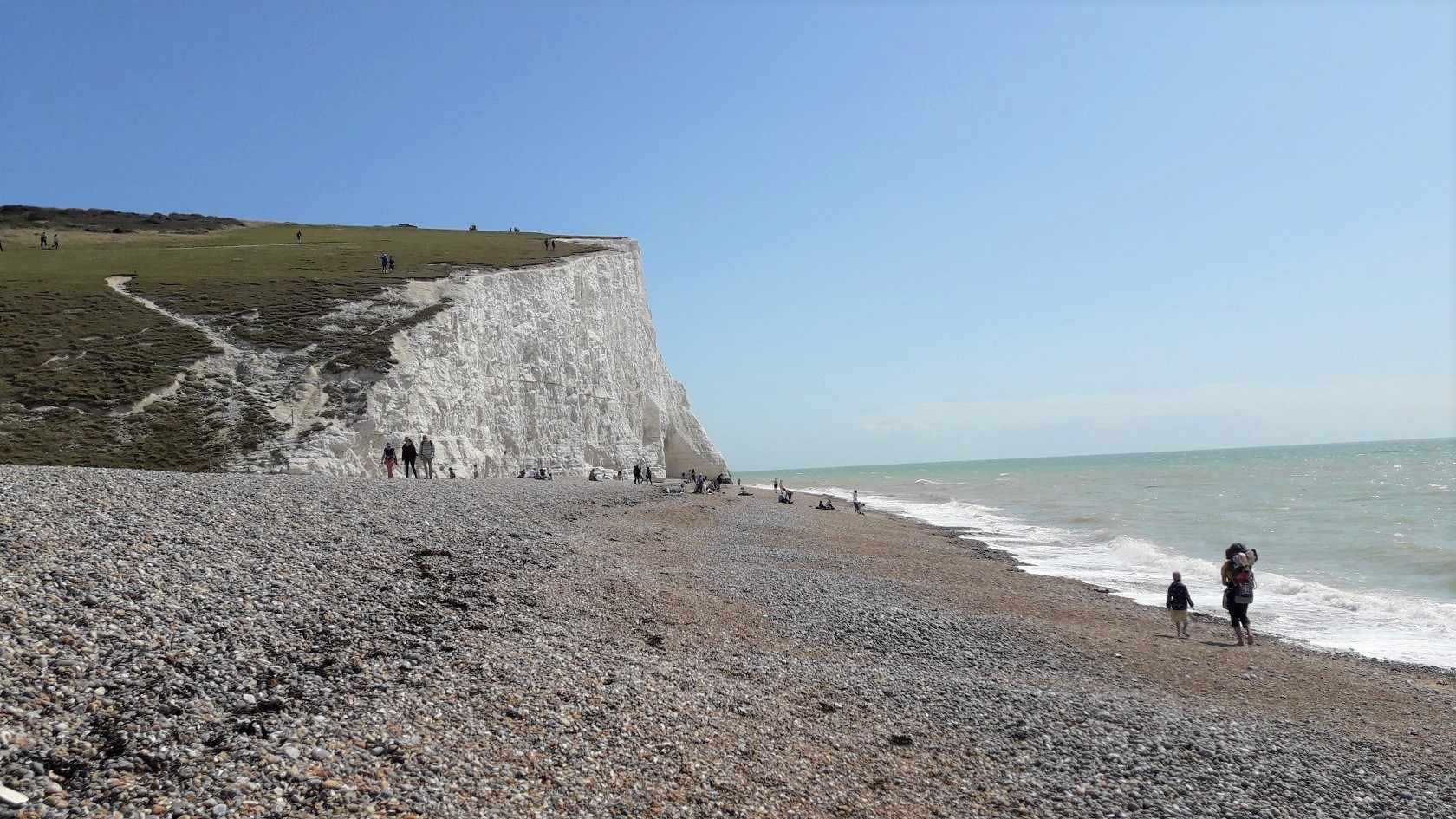 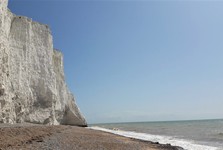 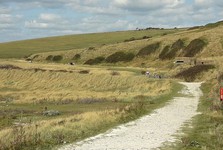 The name of these reefs - The Seven Sisters - does not correspond to the actual number, as there are eight in total. They are called Haven Brow, Short Brow, Rough Brow, Brass Point, Flagstaff Point, Flat Hill, Baily's Hill and Went Hill Brow. The name of this natural unique was supposedly according to seven sisters living in houses on individual cliffs. Annually, due to marine dynamics and weather, approximately 40 cm of snow-white rocks are lost. 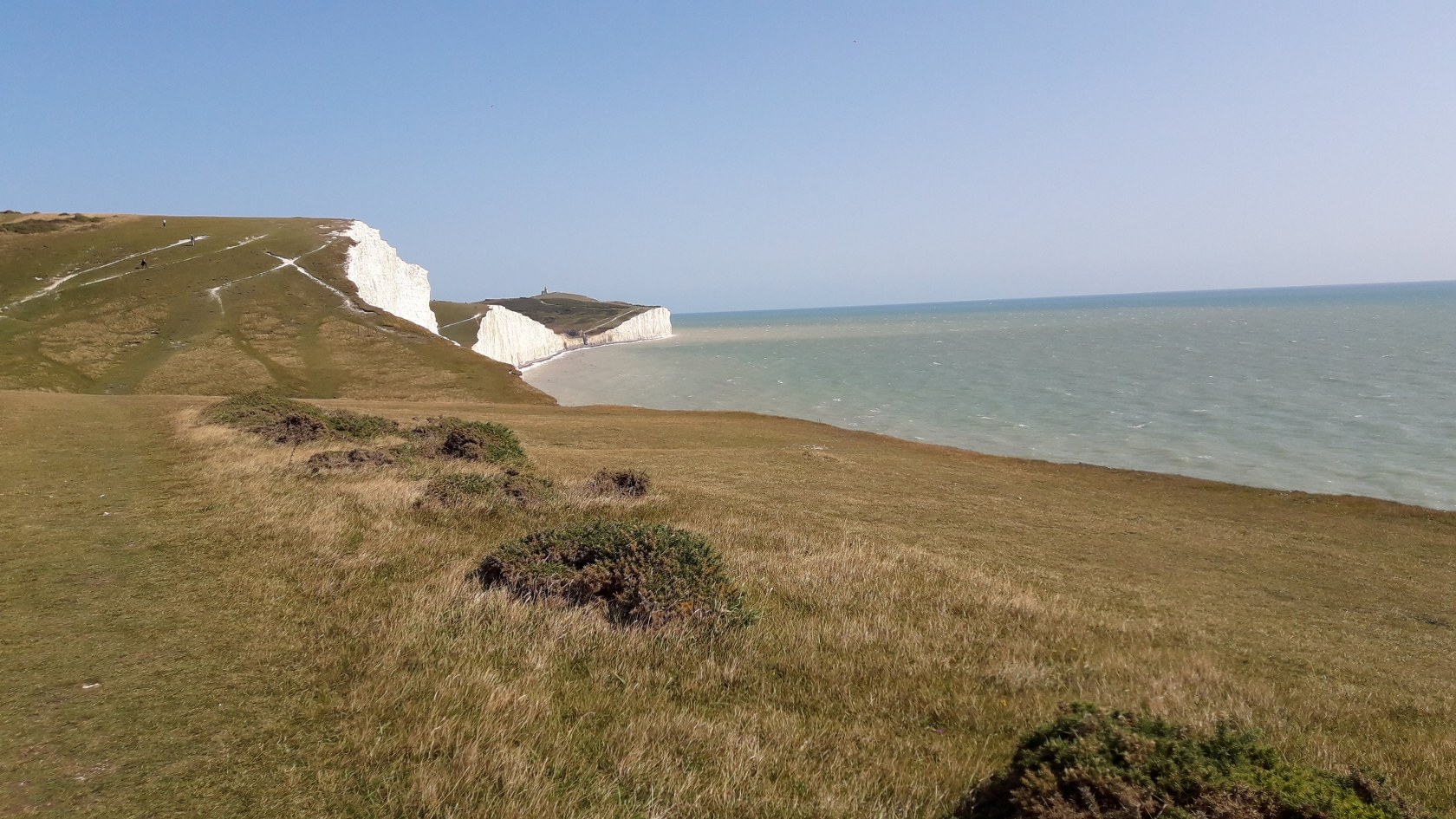 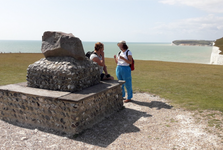 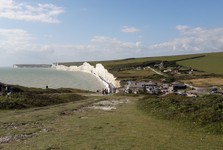 After reaching the last peak, we continue to chalk mcape of Beachy Head. Along the way, we enjoy views of the villages of East Dean and Friston and then turn to the pebble beach with a visitor center and parking facilities (Birling Gap). On the beach you can enjoy a wonderful view of the Strait and the Seven Sisters. Local development is condemned by the government's decision to disappear because of severe coastal erosion and unwillingness to build barriers. 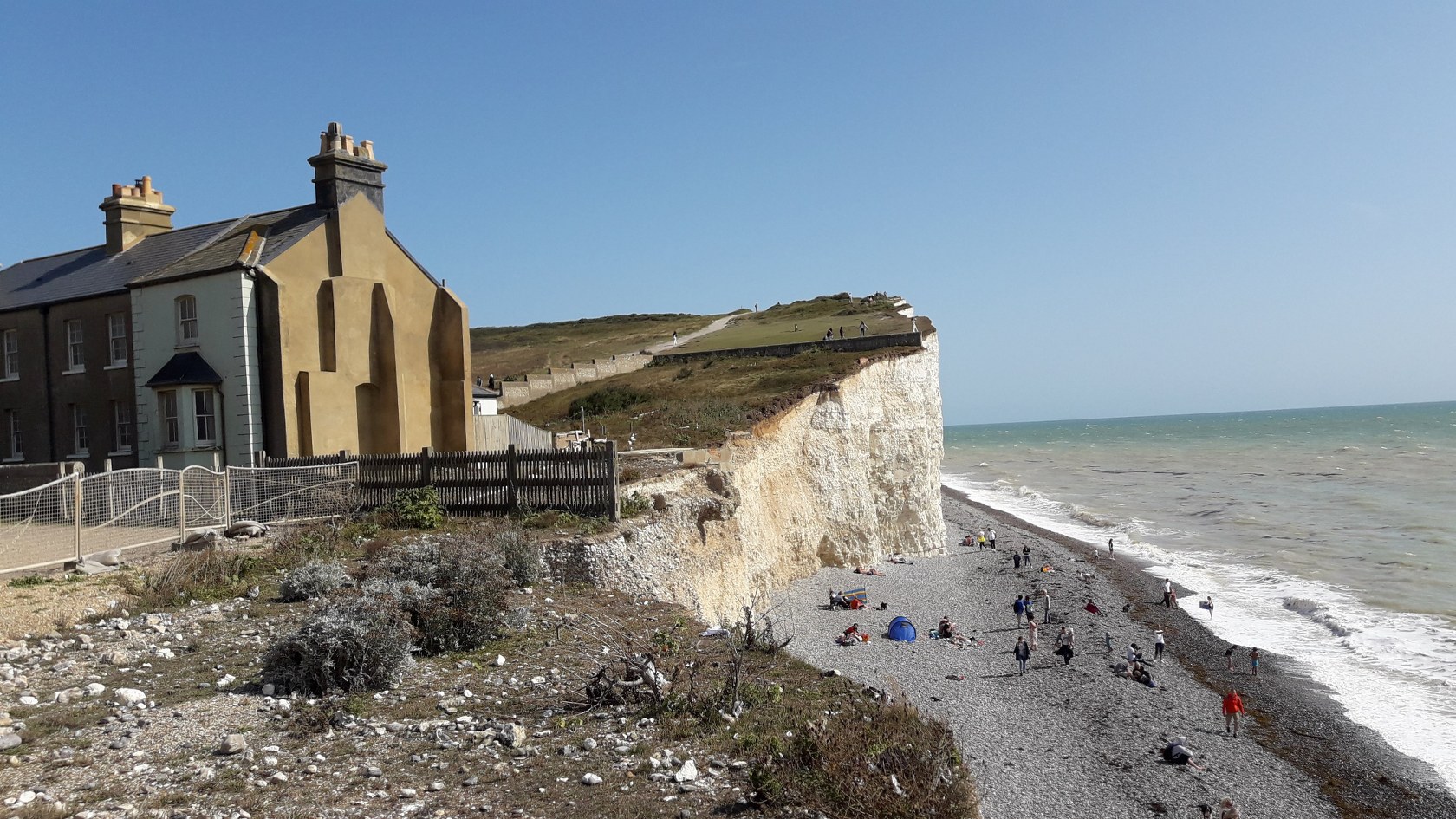 After a short stop we continue to the destination of our trip - the Belle Tout lighthouse. This currently inoperable technical monument at the top of the Cretaceous Head (Beachy Head) is perhaps the most famous inhabited lighthouse in Britain. The famous British series The Life and Loves of a She-Devil and James Bond were filmed here, and the lighthouse was also immortalized in the song "Belle Tout" performed by the British rock band Subterraneans. Over time, it served as a boat navigation (failed), later to live (luxury apartment) and is now a guest house. It is noteworthy that in 1999 it was moved 17 meters from the edge of the cliff due to the erosion of the building foundations due to erosion. 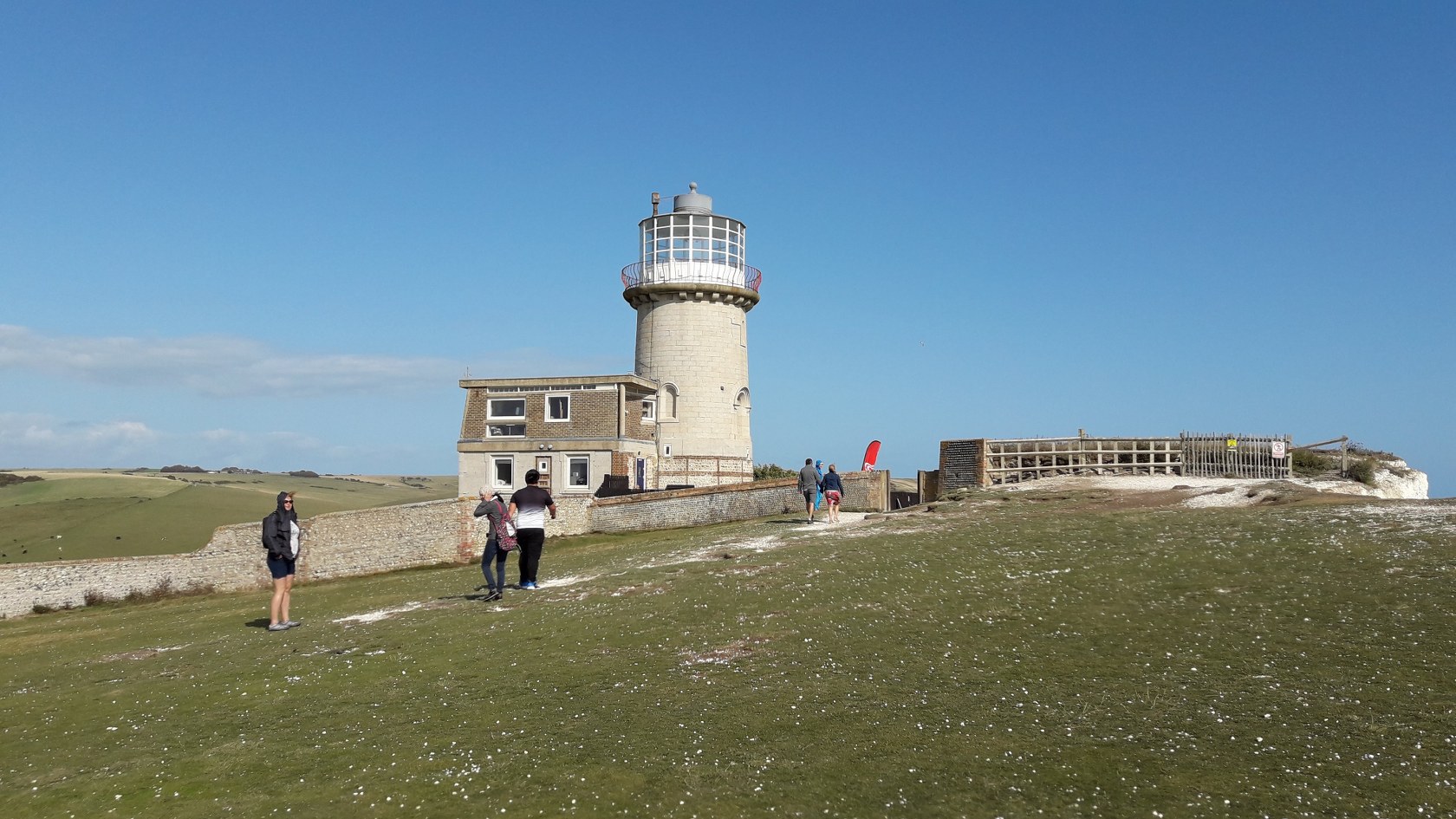 The 43-meter-high red-and-white Beachy Head lighthouse rises proudly in the water. As it is below the cliff itself, there is no way to reach it. Here you can decide whether to go to Eastbourne or return to Seaford. There is a bus service from nearby Birling Gap to both cities. 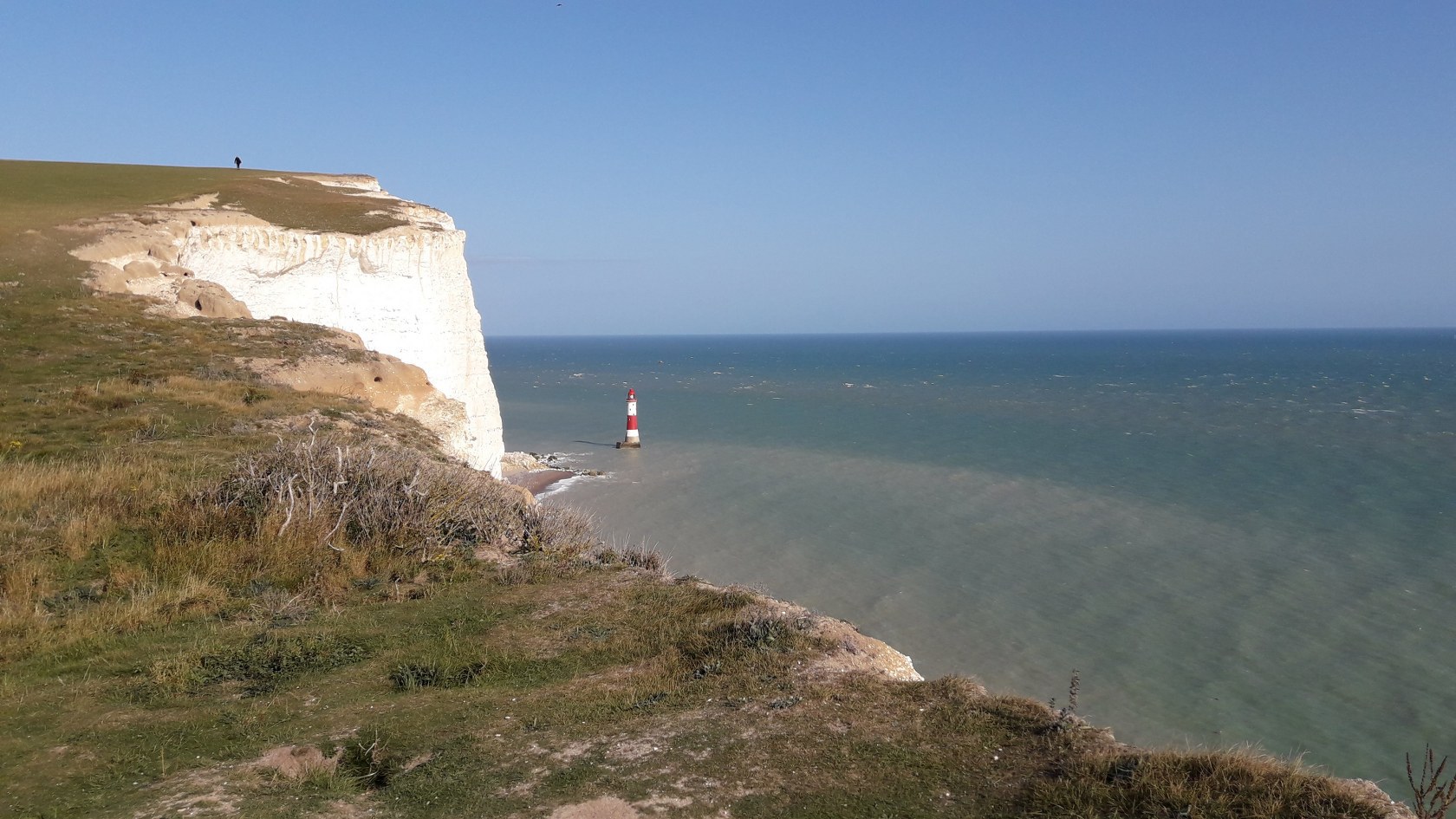 However, the area is also notorious for its fairly high number of suicides. Despite this, you will certainly enjoy visiting white gems and green meadows.