Devon is a country situated in the southwest of England. To the west from it, there is Cornwall and to the east the counties of Somerset and Dorset. The Bristol Channel creates the northern border. With regard to geology, this is very old area. As there are no industrial areas, Devon's countryside as well as towns have preserved their traditional looks. 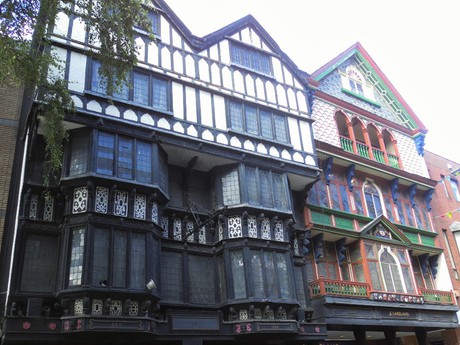 Exeter is the capital of Devonshire. Its many students attending local universtiy make it a vibrant city with grat cultural life. Eve nthough the historical center was quite damaged by bombing runs during the WWII some importatn landmarks were preserved such as the beautiful gothic cathedral with its romanesque towers. Parliament Street is allegedly world's narrowest street and is among the most popular attractions in the city. The same goes for the Francis Drake inn named after the famous sailor. 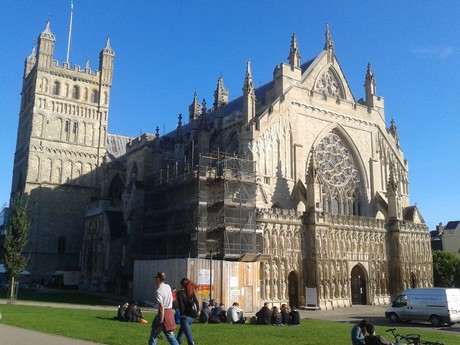 - Plymouth. Drake set sails from here to the war with Spanish armada in 1588. Like Exeter, Plymouth was heavily bombarded during the WWII. Therefore, there are not many old landmarks left. However, it is aparent that Plymouth is a port city. The National Aquarium is worth your visit. Also make a trip to The Hoe hill with the famous Smeaton's Tower lighthouse. On its observation deck, you can see the historical port, the Plym river (the city is named after the river), and the Tamar river that flows in Cornwall.

The term French riviere is well known. Yet the English have their own top-notch seaside - Torbay which consists of the towns of Torquay, Paignton and Brixham. Torquay is the largest and most interesting town. Enjoy a slow walk down the colonnade lining the seaside. You can even reach the grandiose Grand Hotel. Agatha Christie which is native to the area had her wedding there. 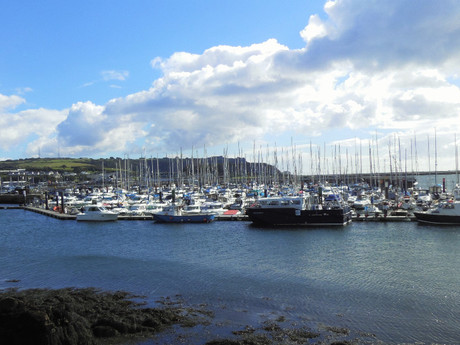 The city lays on hills. If you don't want to spend entire day at the sea, visit its ohter districts but keep in mind that you will walk on hilly terrain. Babbacombe Model Village can be one of your stops.  It is a "legoland" of sorts, a miniature of traditional English architecture made by Mr. Dobbins in the 1960s. When leaving Babbacombe, I recommend you to go downhill (or take a cable car) to Babbacombe Beach. If lucky, you can spot some wild seals who very unwildly beg for fish by local fishermen. 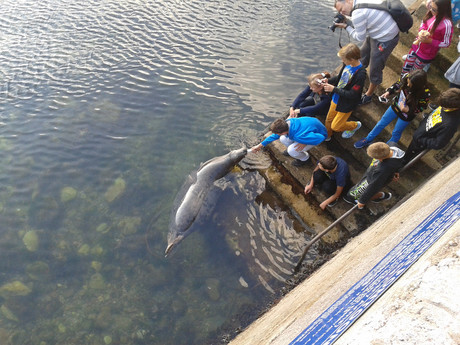 If some of you prefer to put on boots and follow the traces of the Hound of the Baskervilles then go to Dartmoor National Park. Its distinct feature are rock formations the so called tors - granite massives rising up from local low greenery. The most famous is Haytor. Provided good visibility, you can even see Torbay which is almost 30 kilometers away. During sunny weather, you can admire heath typical for the area. Wild ponys graze upon grass. In foggy and rainy weather the landscape becomes very mysterious and hostile. No wonder that Sir Arthur Conan Doyle drew here the inspiration for his Hound of the Baskervilles novel. 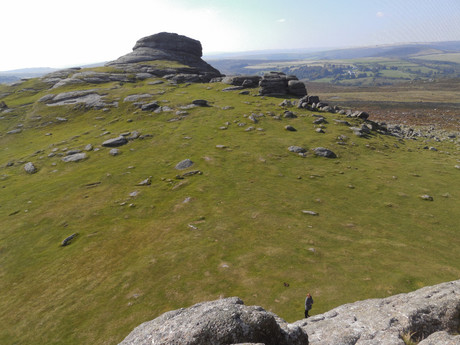 The easiest way to get into the area is by flying to London than board a bus at Victoria Station in the direction to Torquay. Bus stops also in Exeter and it takes about 6 hours. Book the accommodation in advance for this is a holiday resort and even Brits travel there. We recommend to stay for 5 nights at least. You won't get bored even after two weeks. 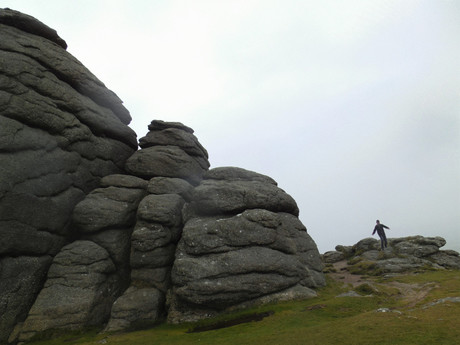 Were you more interested in the landmarks of Exeter or perhaps by mysterious Dartmoor, don't forget to stop by in some cozy English café and order local specialty - the Cream Tea. It is a pot of black tea with buns. When you cut the buns in two you spread extra thick sweet cream and add strawberry jam. Everything has to be localy made. This great gourmet experience and the vista over the sea will make you fall in love with southern Devon.