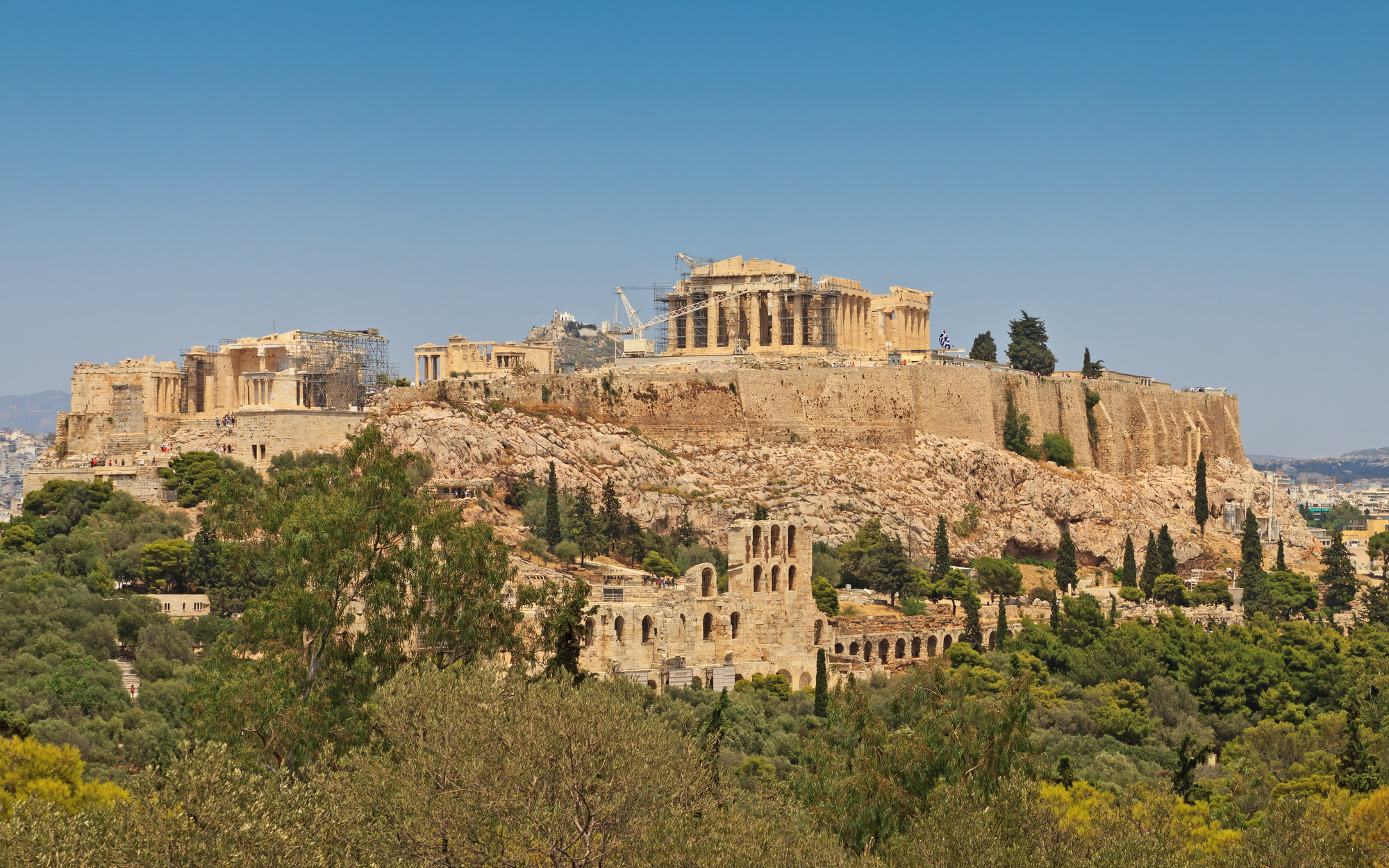 The most important landmark of the city is undoubtedly the Acropolis, which was built primarily during the reign of Perikl (460–430 BC) as a symbol to emphasize the power and strength of this city-state. It is an impressive complex of buildings, created under the supervision of sculptor Feid and architects Iktin and Kallikrat. The main entrance is the monumental gateway of Propylaea with a small temple dedicated to Athens Niké. Behind her on the left is Parthenon, a temple dedicated to the patron saint of the city, Athena Partheon. This building also served as a treasury and was intended to point out the wealth and power of the city, which it has been doing for over a thousand years. On the northern edge of the plateau we find the second most important temple, Erechtheión (dedicated to Poseidon). This temple stands out above all six statues of young women (caryatids), which have the function of supporting columns. 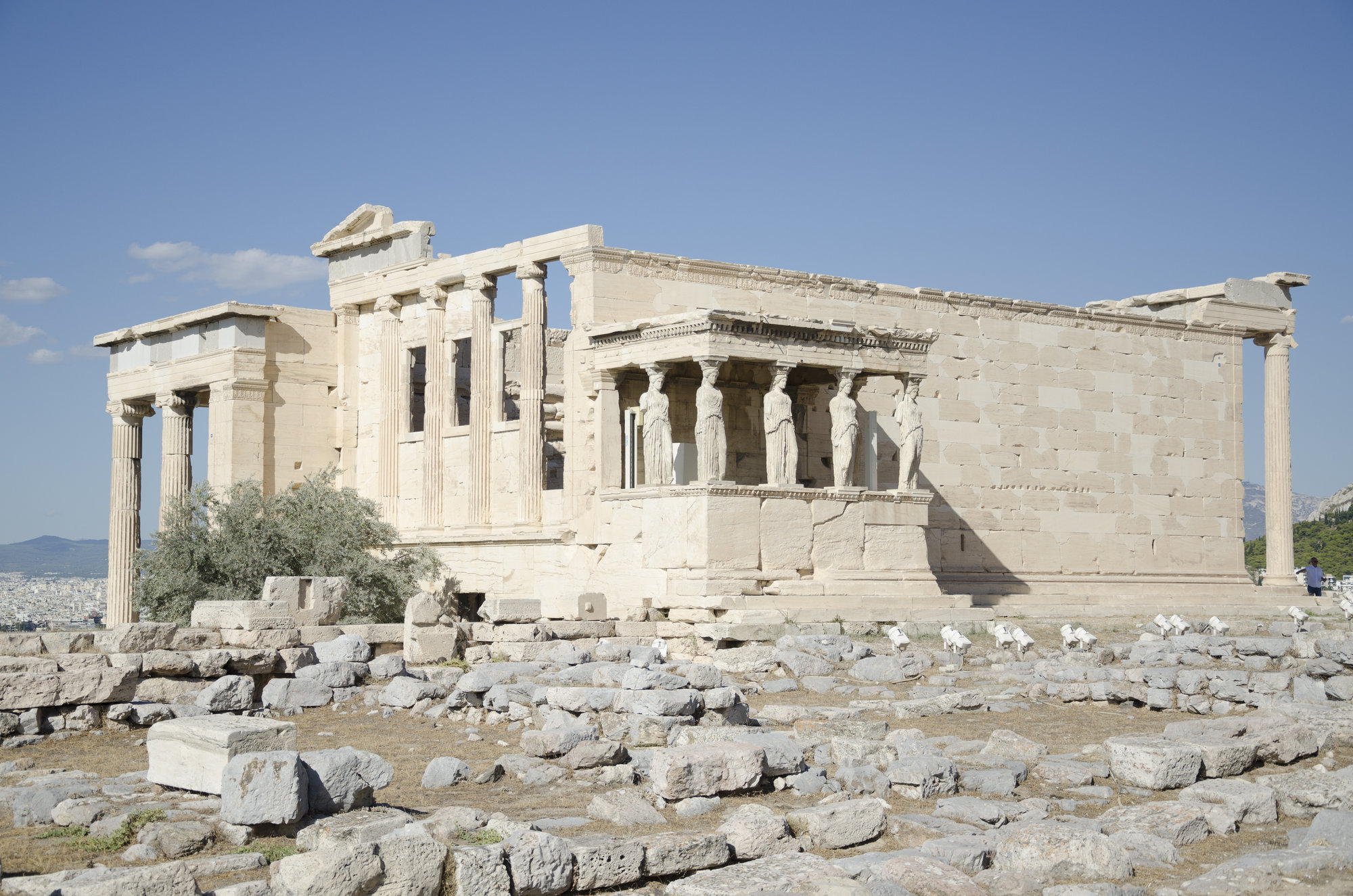 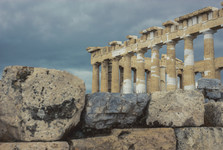 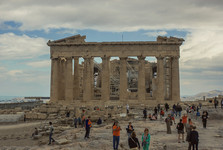 The well-preserved Odeon of Herod Attic and the Theater of Dionysus are also situated on the hillside of a rocky hill. It is also possible to see at the foot of the remains of the ancient agora that lined the road to the Acropolis. It was here where all the civil life of the city took place, there were, in addition to the marketplace, also temples, courts and administrative buildings. 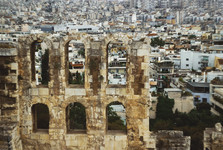 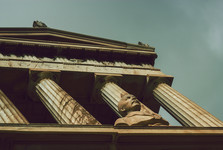 Directly below the Acropolis stands Hadrian's Arch, which separated the ancient Greek city called Théseovo from the then modern Roman buildings built by Emperor Hadrian. Not far from it we can find Olympeion, a temple built in the 6th century. BC It is the largest preserved Greek temple, which originally consisted of 104 Corinthian columns, but to date only fifteen have been preserved. 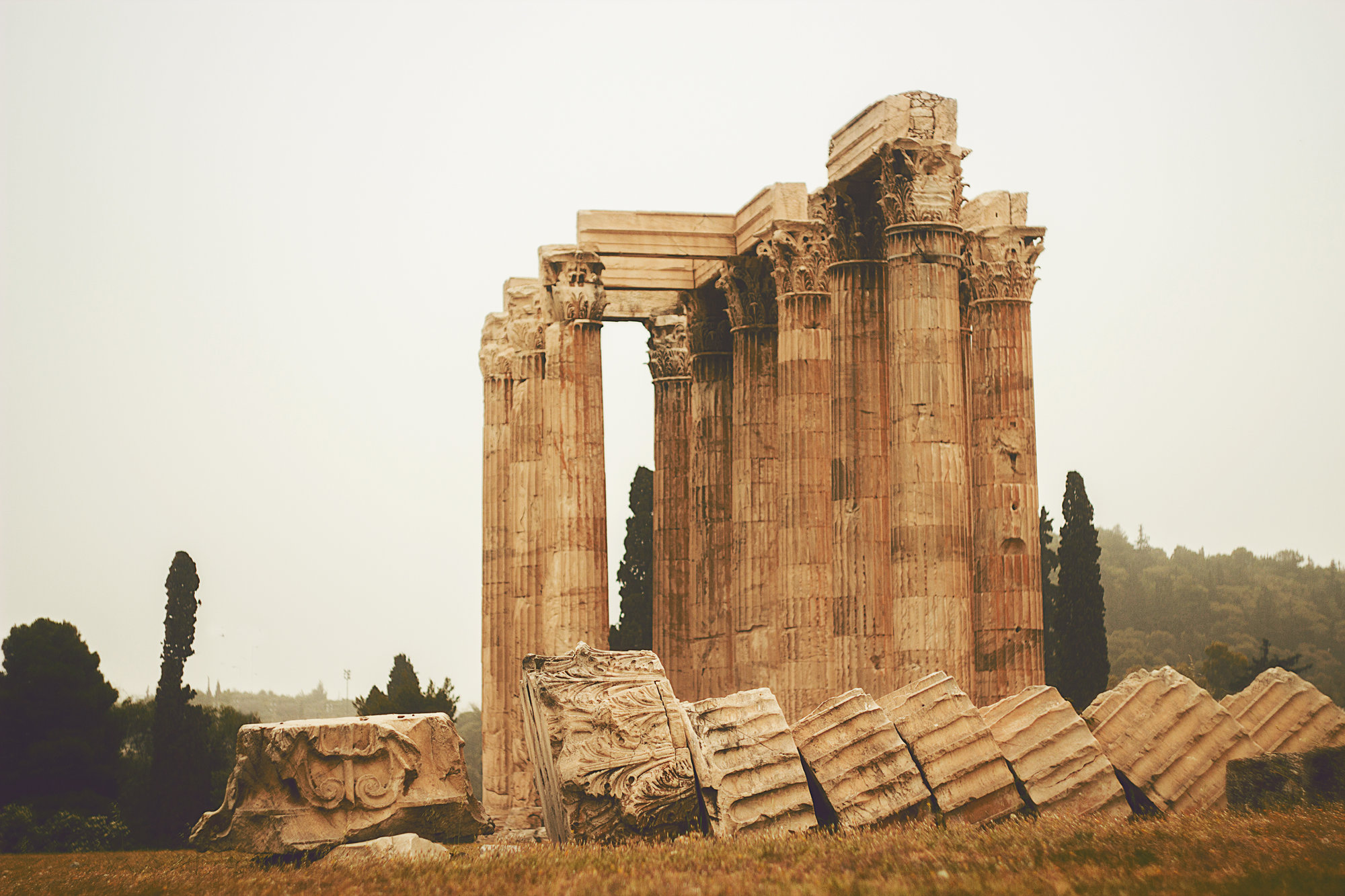 Also worth a visit is the local cemetery, where you can see the tomb of Heinrich Schliemann, a pioneer of archeology, whose greatest success in life was certainly the discovery of Troy and Mycenae. However, it was also closely linked with the sites in Athens. Here he and his wife were buried in a monumental mausoleum reminiscent of a Greek temple. The whole monument is decorated with friezes celebrating his personal and career achievements.