In the last part we introduced you to other gorges on Crete that sometimes are in overshadowed by Samaria making them not that frequented by tourists. Yet today we stick to the tourist mainstream and walk through Samaria. 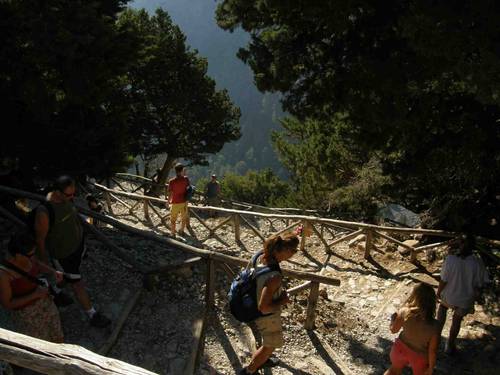 Samaria is situated in the Chania region on the west of Crete. The gorge was hollowed by a small river running through the Lefka Óri mountains and Volakias Mountain. The gorge starts at Xyloskal at about 1200 meters. The name itself is derived from ladders used by locals to descend into the gorge. 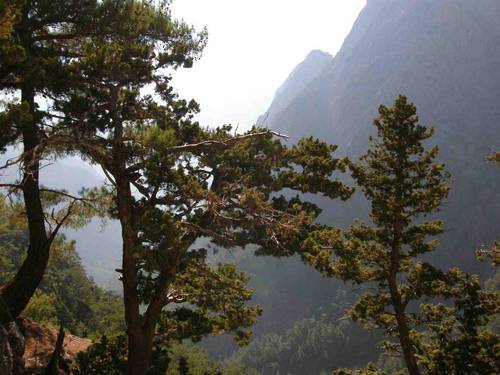 Except the main route there are also side-trails that you need to have a special permit to access them. Also we had noticed you can pay for a guide. However, we didn’t use this option. The gorge is open every year from April to October. In case of bad weather, however, it might be temporarily closed.

There are different opinions on the exact length of the gorge. The hike is 13 kilometers long meaning you would spend several hours in amazing nature. Its specific ecosystem makes it a part of World Biosphere Reservation. 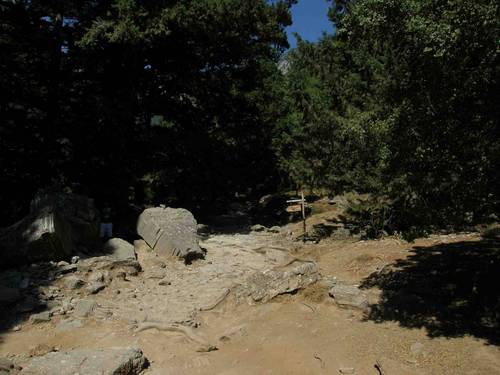 Apart other mountain areas on Crete, usually deforested or covered with low woody plants, in Samaria you walk in shadow of pine trees. Above you rise high monumental mountains. We felt an awer facing this view. Such atmosphere inspired us to thing about staré Greek legends and myths . The hero walking towards danger like Chimera or other mythological monster. According to ancient historian Diodor Siculus, goddess Diana was born here. 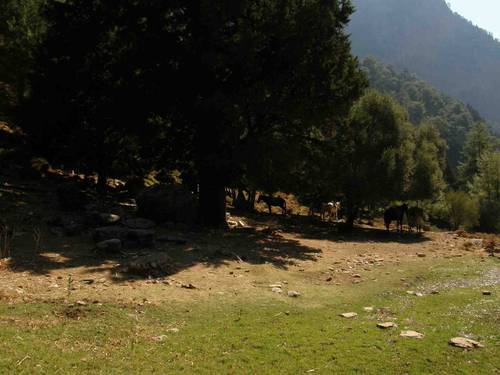 The name Devil’s Cave or Demospilios applies to about a first quarter of the gorge. The name certainly reflects imagination about the place. We walk further in the shade of cypresses and under hot sun. After first four kilometers we notice a small church of Agios Nikolaos to our left. Near it are ruins of a small cheese farm. 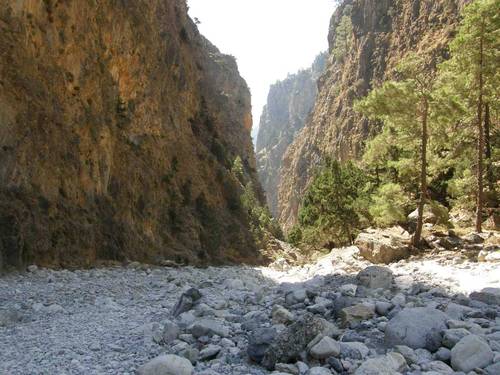 We go on admiring this fantastic work of nature. We stop by another church, the Afendis Christos. Behind it the gorge is getting more narrow. At some places it is only about five meters wide. This part is called Sideroportes or the Iron Gates . We refresh our legs in the river and continue to the gorge’s exit. There is a pebble beach and finally the sea.