Well, the millennia of human existence are true, but if you want to see something of the ancient history of the city, it would be best if you visit Archaeological Museum since it would help you to unveil the history. The museum is housed in an old Turkish prison. There are exhibits dating back to the Neolithic period, the period of the Roman Empire. You can see, for example, bronze tools, Minoan pottery, Roman oil lamps or the statue of Aphrodite from the 1st century AD. 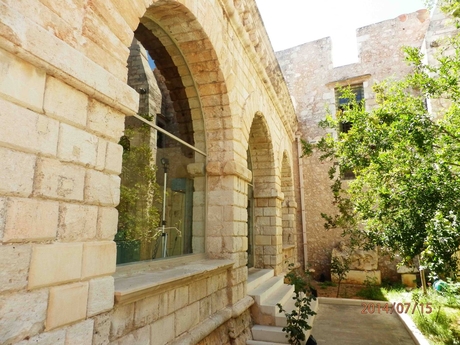 The museum is rather a cultural appetizer before the main course in the form Fortezza Rethymnon . Fortress built by the Venetians in the second half of the 16th century on Palaiokastro hill. Plans for this massive fortress drew Sforza Pallavicini. Fortress has four main towers. Inside the walls were in the main building open to the public, of which only a few can also see today. 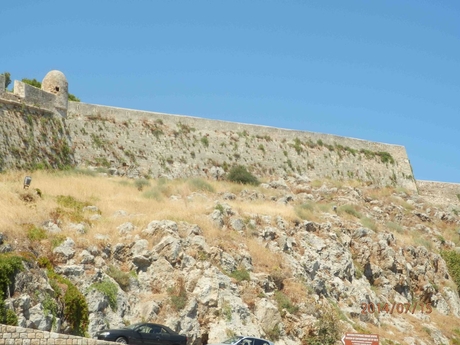 We visited the fort in a really hot day. To our surprise, we were not the only ones. Dozens of tourists in front of us poured forward through massive eastern gate. We followed the stream. Outside the gates just took us a gift shop. Dozens of statues, amphorae, magnets and other souvenirs, mostly dust collectors, but really nice dust collector. After a while of curious viewing we decided to leave. Just beyond the gate is a small building, where it is necessary to purchase tickets. Regular admission will cost four euros, if you are a student, you will enjoy free browsing strength. 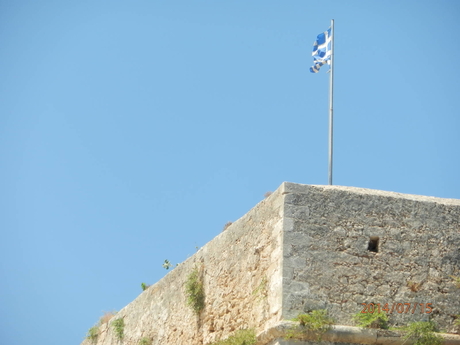 After buying tickets, we again had not gone too far, since opposite a building that once served as a weapons depot and was built in 1581. Today, however, the space reserved for the exhibition of modern Greek art. 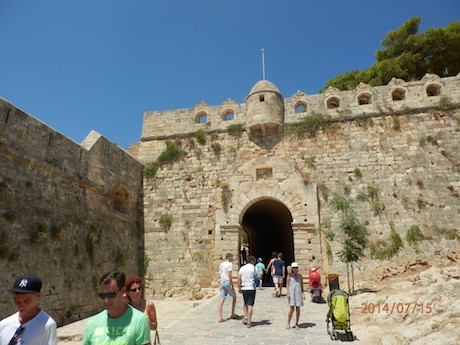 In the gallery we spent a few moments, partly for our interest in the exhibited artworks and partly for the fierce heat that prevailed for its walls. The fort can definitely expect to spend at least an hour and a half of time if you want to go through the whole thing. Along the southern part of the alley located in the center of which you will come across a small amphitheater. From here it is also one of the most beautiful views of Rethymno before Venetian walls.

If you go further westwards along the walls, walk to the building, which had the strength to provide protection from the east. In the future, there has housed a restaurant and a permanent exhibition.

Perhaps the most interesting building in the complex is Mosque of Sultan Ibrahim Hanna . When in 1646 the Turks occupied the city wanted to build a mosque dedicated to the above-appointed Sultan. To this end, they seemed like the perfect Venetian building of the cathedral, which eventually rebuilt. Inside the mosque, note its square ground plan and then especially the dome vaults of the supported eight.