It is most probable that the palace was the main residence of the Minoan emperor – Minos. The legend has hit that his wife Pasiphae was seduced by a white bull and then gave birth to hideous son who was half man half bull - Minotaur. The king built a labyrinth for him. The labyrinth is allegedly Knossos. Eventually, Greek hero Theseus killed Minotaur and got out thanks to golden tangled ball gifted by princess Ariadne. 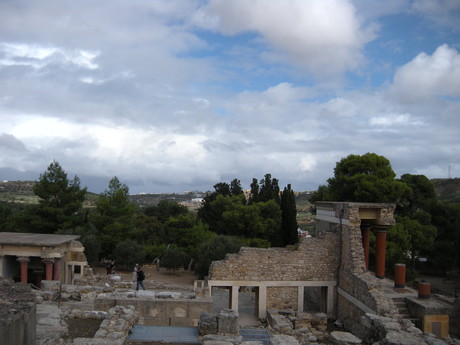 The first palace was built around second millennium BC. In the consequent 300 hundred years it underwent several reconstructions. What we can see today is what remained from the second palace built atop the first one destroyed around the year 1700 BCE. Until 1450 BCE, the year when the Minoan civilization was wiped out spread. The first person who started archeological excavations was Minos Kalokairinos, a Cretan merchant and antique dealer excavated a section from the storage area in 1878. Sir Arthur Evans continued in his works from the year 1900. With his co workers he unraveled a substantial part of the palace. 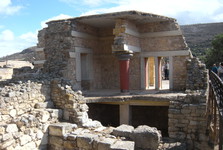 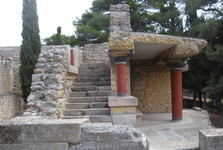 The vastness of the compound is what catches our interest. And also the height of unroofed buildings. Unlike other Minoan palaces here you don’t get the impression that the walls were higher than one meter. Evans rebuilt significant part of the palace and mostly from not original material. Altogether, the palace gives you very believable impression. Moreover, it was better than any other palace we have seen on Crete. 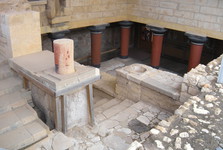 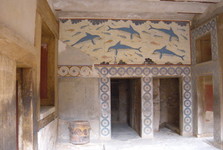 In the afternoon, we planned to see the Archeological Museum holding the rarest collection on Minoan art in the world. Findings from all excavations of all important Minoan palaces on Crete . Moreover, there are all kind of works of art, jewelry, statues, figurines, vases, clay tables etc. In case you plan to see the museum and Knossos than you should know that you can buy a combined ticket for 10 euro. It is good to see the museum either early in the morning or late in the evening. There are tons of tourists in the museum throughout the day. The collection is vast. I recommend you at least three hours for a tour. The only con is that you cant take pictures in the museum. 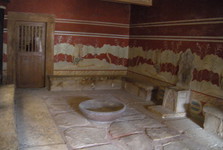 With the tour at the museum our week long journey across Crete ended. On the next day’s morning we would travel back home. Overall, I am very positive about our trip. Beautiful nature, sea and landmarks in this combination is hard to see anywhere in the world. In my opinion, the Cretans are very tourist friendly and kind. You get this feeling mostly at small villages. There you would feel like travelling couple of decades into the past, the time when other values were regarded by the society.