The trip to Samaria Gorge was plainly wonderful. It was pleasant 13-km hike and then a pleasant swimming in the sea and a boat cruise. The cruise was along the shore lined with high mountains. We were enjoying the cruise very much. The sea wing was pleasantly refreshing. Our minds, however, focused on another place of our journey. It was the city of Agios Nikolaos. 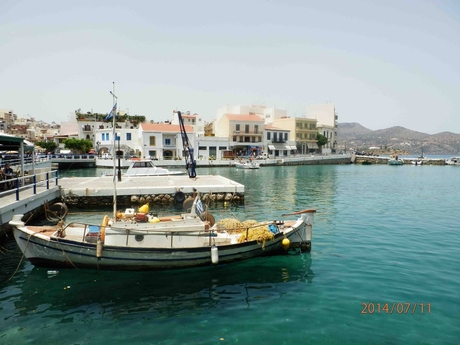 Agios Nikolaos is situated basically on the other end of the island than we were at. This city of 12 thousand is located in the Lasithi region, east of Crete. Prior our arrival at the city, we had to travel 3 hours by bus.

We passed cities and towns some of which seemed really messy. They looked like they were built with no plan whatsoever. Nothing changed our desire to live as close to the sea as locals. 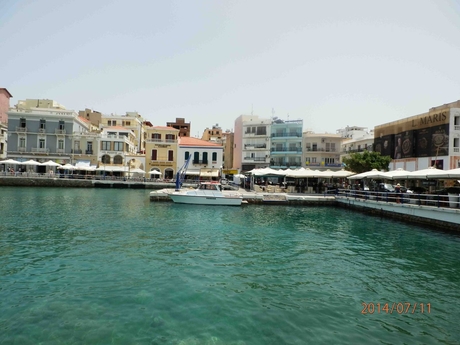 As we were getting closer to Agios Nikolaos, our guide claimed it was the most beautiful place in Crete. We took a look to our book guide and it claimed the same. It was hard to not look forward to seeing the city.

As we were descending from the mountains, the city looked very cozy, almost idyllic. Just as it was depicted on promo photos. After our arrival in the city we were, however, rather disappointed. 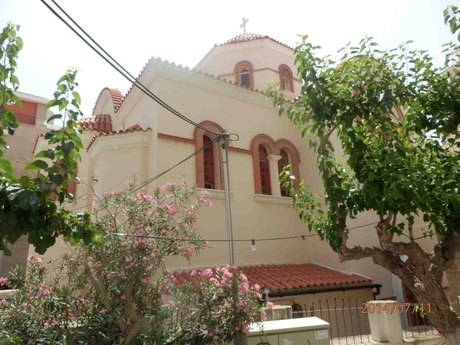 The city is perched on three hills lining the bay. And even though it's on Cretan conditions of medium-sized city, has rather small town spirit and fast to navigate it. Architecture is not out of step with other Cretan cities. He is, however, rather fádněji. Around the bay, where tourism is concentrated, dominated by newer buildings of older buildings, such as in Rethymno.

We did not, of course, to condemn the city right away as a bland attraction for tourists, so we went up the hill to the streets. Due to the absence of restaurants and souvenir shops with our view of the city has changed a bit. It was definitely interesting to see something of Non-touristic part of the city, and particularly in the case of restaurants. 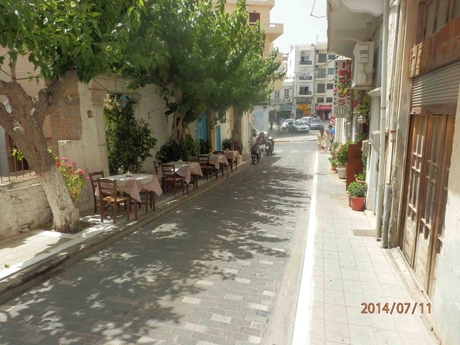 In a side street we found a inconspicuous small restaurant. Undoubtedly its glory was a matter of the past. However, intoxicating smell wafted from the restaurant and lured us in. When we peaked in the menu, the prices surprised us. It was about 30% cheaper than the competition. The waiter told us to see the open cuisine where the food ready to order was displayed. There was stifado, lamb, fish… simply classic Greek meals. They looked delicious and they tasted delicious. 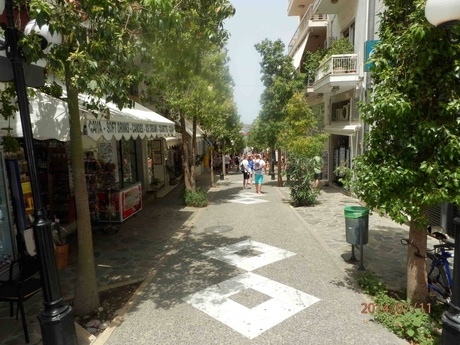