Neratzes Mosque is probably more impressive than the one you can find in the Venetian fortress. Neratzes was built in 1657 and boasts with a triple dome. Today, however, it does not serve religious purposes. If you, unlike us, have more time for Rethymno, it is worth visiting as it houses the conservatory and concert hall. 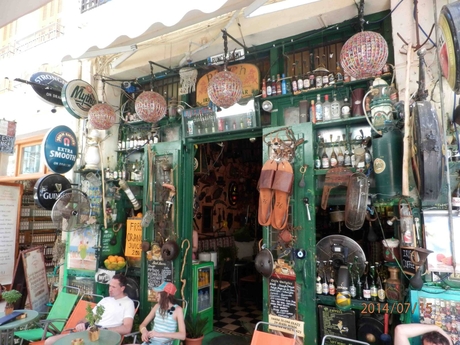 During walks through crooked and narrow streets of Rethymno one might encounter a larger space (which by the way is a pastry shop near Mona Liza). The fact that you go around an object that has a greater significance, is identified by a crowd of tourists. Once it will break up, or at least thin out, you will see Rimondi’s Fountain , which was built in 1626 by the municipal administrator of Alvise Rimondi. It comes from the Venetian period. The hallmark of the fountains are three lion heads, from which water flows into the tank. Among the heads are standing Corinthian columns. Above the fountain was originally located a dome, yet only a small part remained. 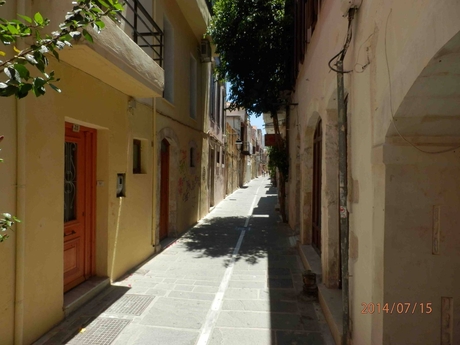 On the way to the south of the historic core of the city one might go through Port Guorou . It is an arched stone gateway that is today a memory of the mighty bulwark of the Venetians. If you continue south from the gate, after a while you come across a city park (near which a number of buses have a stop). It is a nice place to rest from the heat and streets crowded by other tourists. 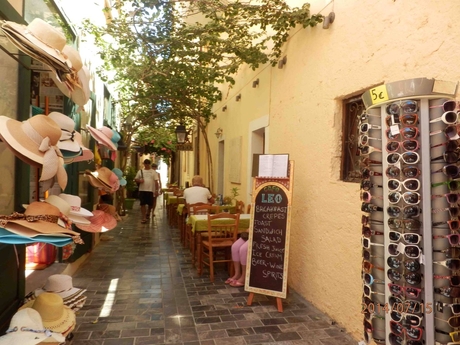 Today we say goodbye to Rhetymno. We will continue to southwest into perhaps the most impressive part of the Cretan nature, which is characterized by gorges. The most famous is naturally Samaria , which is also the longest. Noteworthy, however, is also a long gorge Trypiti at Mount Gigilos. Trypiti is less busy with tourists. But it has its reason. It is very difficult to hike, the trail is hard to recognize and there are a few especially difficult passages to overcome. Someone recommends to spent at least two days at the gorge. 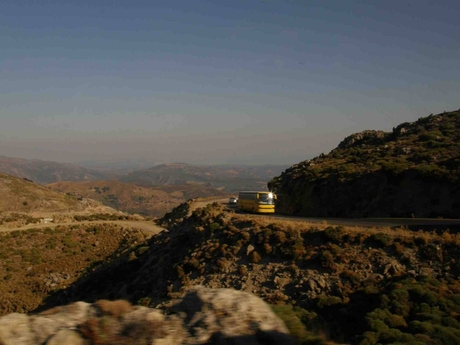 The Eligas gorge is located very close to the east part of Samaria. It's "undiscovered" as Trypiti, but much safer. In Eligasu grow beautiful trees, admiring the high cliffs and beautiful views of the surrounding mountains. As if this canyon Trypiti i would deserve at least a two-day hike. In this case, it is mostly due to the fact that the entrance is located at the foot stink. Arriving from there to the nearest road will cost at least five hours of walking.. 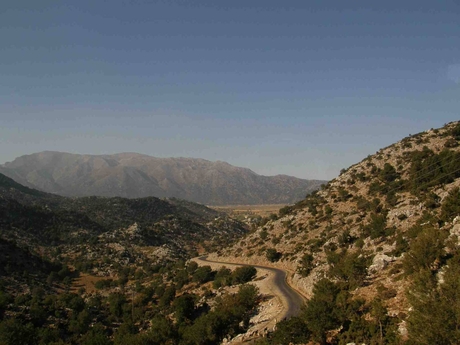 But we continue into Samaria. Our Cretan bus driver overcomes the narrow road and I often wondered if we fall down.

In the next article we visit Samaria.