After great food in one of the side streets in Agios Nikolaos we continued to explore the city.

As in other Cretan cities even here you can visit archeological museum . The local museum focuses on eastern Crete. The items displayed there come from Minoan cemetery in Mochlos, Zakros palace, or you can see an exhibition of coins dating from about 4th century BC to 3th century AD, or hundreds antic vases. 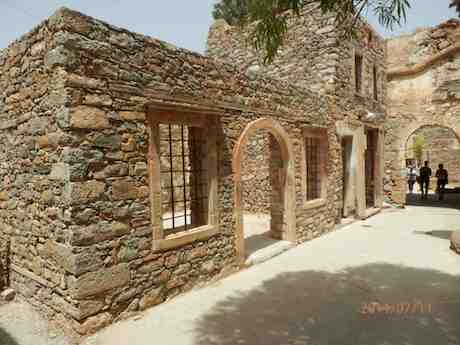 Except Antic, we were interested in some other place that would enlighten us about life on contemporary Crete. That’s why we were trying to find out whether there is an institution that would introduce us to such topic. We found a museum on folk culture. It shows various dresses, cloths, embroidery, crafts, or a scale model of traditional Cretan house. Old photos, or paintings further demonstrate life of Cretans. 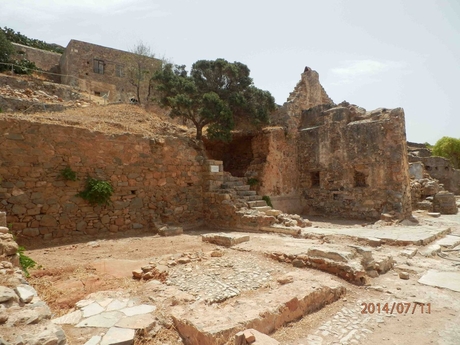 We went on to Voulismeni Lake, in the city center on the foro of a cliff. A legend goes about the lake, it is about Athena, who used to take baths there. No wonder. Unlike the bay, this place feels more cozy, despite it is surrounded with restaurants and a busy street on its side.

Locals thought for a long time that the lake has no bottom. When it was, however, measured, it was found out it is 63 meters deep. Some say by the end of the world war 2 German tanks and armored vehicles were sunken there. It is hard to say what the truth is for swimming in the lake is forbidden. Perhaps you will be lucky to see the lake in a time where some cultural festival takes place there. 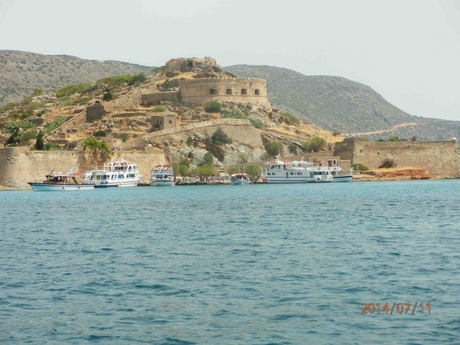 Except the museums and a small lake, there is not much one can se in Agios Nikolaos. We recommend you, however, to stay in the city till sundown. The city then is in a colorful and romantic mood.

Well, because we had already been in the Lasithi region, where Agios Nikolaos is situated, we decided to see Spinalonga that was not far away. The small island is situated about half an hour ride from the city. It is in the Elounda Bay north of Agios Nikolaos. 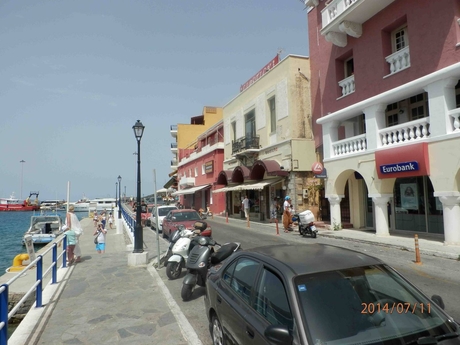 Spinalonga hasn’t always been an island. As early as the 16th century it was connected by a narrow stretch of land to Crete. However, the Venetians dug it up. The island is an important strategic location therefore the Venetians built a massive fort on the island. It was one of the most important in the Mediterranean. It remained Venetian even when the Ottomans captured the island.