en.infoglobe.cz » Greece, Island of Rhodos: Lindos – The Temple of Athena 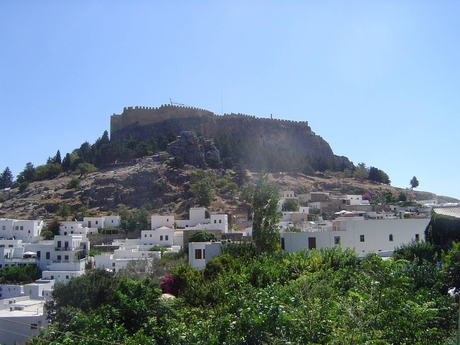 The castle town is a maze of winding streets paved with pebbles. Merchants and shipowners made the the original seafaring village to flourish until it became a city. The first seafaring law that people in Lindos released had become a staple of Roman maritime law and is also included in modern maritime law. Today Lindos is a tourist attraction. It is obvious everywhere. The smallest window, door or niche offering souvenirs and ceramic painted plates with ornaments. Larger sites are occupied by pubs, usually located on terraces or flat roofs of houses. There is no space to spare. The strength ascends a staircase, after which crowds of tourists mingle with donkeys who carry on their shoulders the less experienced hikers. You do not have to travel to the destination in organized manner. Lindos is accessible by local transport, for instance, from the capital of Rhodos it is just 56 kilometers away, an hour by bus. 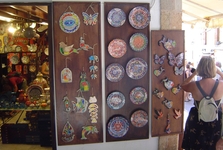 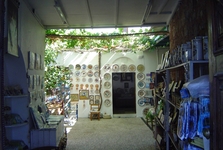 According to Homer, Lindos was founded by the Dorians in the 12th century. It had the strongest military on Rhodos. It had two marinas, several colonies (Naples, Sicily), a large part of the trade, shipping and impregnable Acropolis (a stronghold on the 160 m high rock). In the time of the Byzantine Empire time was the Acropolis, which was rebuilt and heavily fortified by the knights Hospitaller. When the knights departed from the island, the fortress used by the Turks. 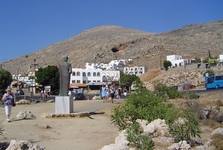 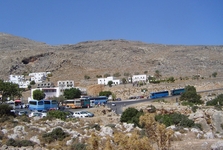 The walls of Acropolis built during the reign of the knights dominated the top of the triangular rock. The old city walls were much lower and did not protect the buildings within. The three platforms are preserved as warehouses, meeting rooms, a relief ship of Alexander the Great, many pedestals for sculptures and inscriptions, or coat of arms of the Grand Master d'Aubusson above the entrance gate to the castle. The third platform is great Hellenistic stoa (a pillared hall) in the "U" shape (built in the 3rd century B.C.). The legend says that this shows the shape of the open arms welcoming pilgrims. It is 87 meters long and along the facade there are 42 Doric columns. At the top is a reconstructed temple of Athena of Lindos . According to a legend, it was founded in Mycenaean times by Heliadas (direct descendants of the sun god Helios). 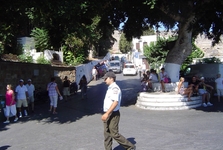 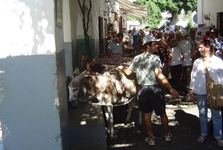 The temple, the ruins of which you see today was built in the first half of the 4th century B.C. on the ruins of an older temple. In the central area of once stood a statue of Athena made of marble, wood, gold and ivory. During the reign of Emperor Theodosius II the statue was taken to Constantinople and later destroyed along with other precious treasures. 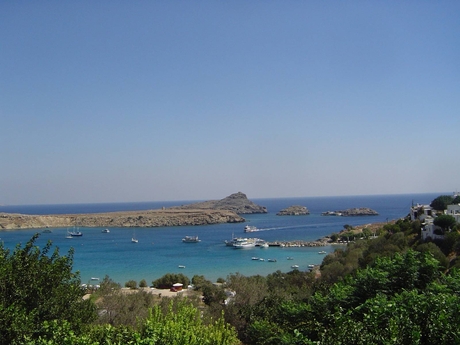 At the top there is a beautiful view of the beaches and quiet harbor under a rock, which bears the name of the Apostle Paul. Right from the port is frequented by tourists with well-preserved ancient theater seats and west of the Acropolis at hill Krana there is an ancient cemetery with preserved funerary architecture. 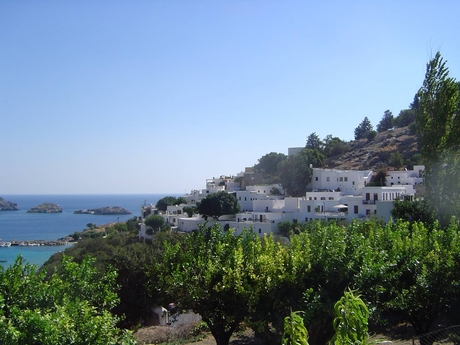