A flight from Prague takes about 2 and half hour. We went there in the beginning of September, weather in the Czech Republic starts to be autumnish. When we landed on a local airport, I was immediately struck with pleasant sea breeze… 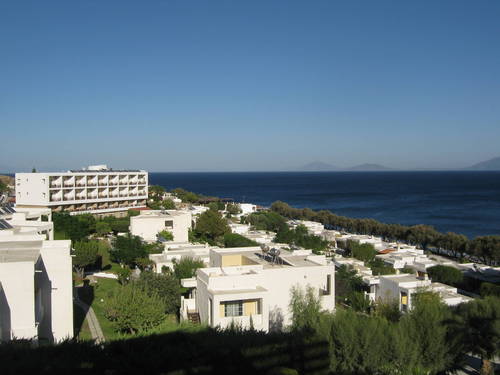 Our ride by bus to our hotel was short (35 km), however, we stopped in many hotels so it took more than an hour. We chose Dimitra Beach Resort, a hotel complex on southeastern shore near the Agios Fokas bay. It is a vast complex that consists of a main building, villas in garden above a beach. The capital, Kos, is only 8 kilometers away from our hotel. Local bus lines connect the hotel with the capital. If you had decided to go and see the capital and its night life, you wouldn’t have any problem to get back. However, the hotel is located on a pretty isolated place. Therefore, I would recommend it for clients who want peace and their perception of night life is in local bar or trying some leisure program. 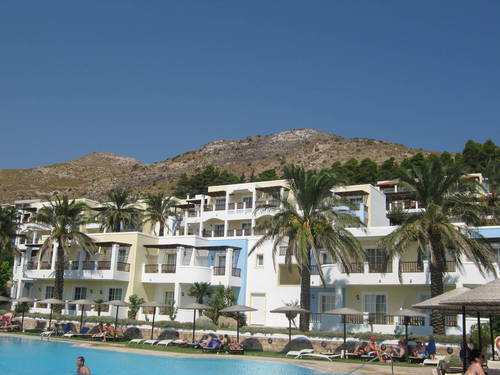 We spent there a nice week of leisure and, moreover, we had “all inclusive”. We didn’t have to care for anything so we were just enjoying the hotel and its features. Except pebbly beach (I recommend shoes to water), clear sea, and three pools also two children pools our daughter appreciated very much. Several resorts provided as with constant inflow of good food and drinks. Except the main hotel restaurant it was also the Taverna (mostly Greek specialties), Snack Bar and a night bar. Food and drink menu was excellent, thanks to the staff, and there were many things to choose from. Local staffers were aided by students and young people from various European countries. 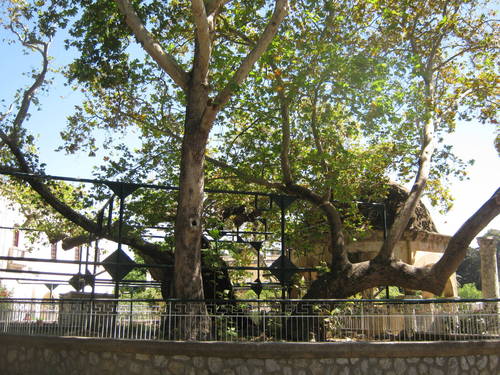 We decided to take a trip so our vacation wouldn’t be only about swimming and consume. Kos is a city of about 12 000 inhabitants and it is a birth place of Hippokrates, the father of medicine. A tree in the city center is a memory of him, it is a Hippokrates’ platan. Allegedly, he planted the tree and taught his students in its shadow. Unfortunately, it is obvious that the tree has the best behind it. In some places there are supporting pillars. When we explored it thoroughly, we walked a palm alley, vast harbor, the Johannite stronghold, the Governor’s residence to the city center where on Platia Elftherias square Difterdar’s mosque and library are lcoated. 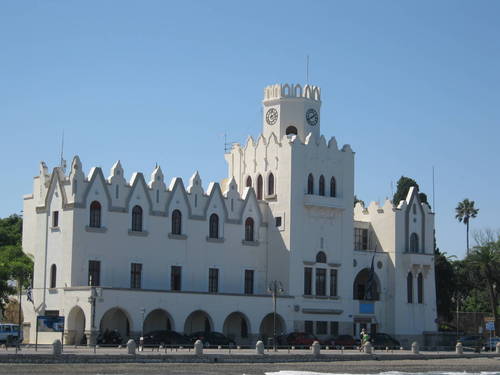 Good refreshments and various souvenirs are located in Agora, a roofed market. A typical Greek souvenir you can bring home are, OUZO an alcoholic beverage resembling a licorice stick, and thyme honey. Both things are available in various sizes packages on every corner. Staffs of various taverns, bars, coffee bars, and restaurants try to bring you to their place. You can see also Odeion, a Roman theatre located outside the city center but still in a walk distance. There are no theatre plays. Also you can visit Casa Romana, an archeological excavation site. 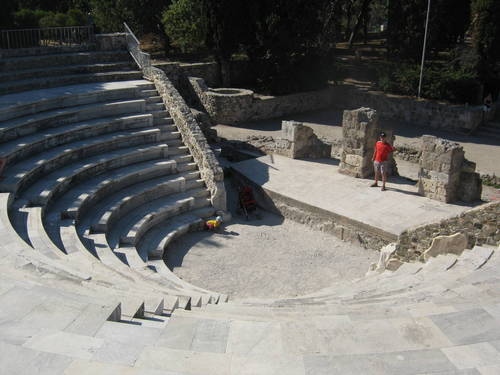 We spent one afternoon sightseeing sea springs of Embros Therme. It was only 3 km away from our hotel. You can basically walk there a ride by bike, bicycle or a four-wheeler – you can rent it in any rental service or hotel. It is a part of shore where are strong springs. It is about 300 meters from driveway across which you can walk only and you have to overcome high elevation. It is worth the effort. Sulfur springs are healing especially regarding skin, musculoskeletal system, and breath diseases. Right at place where the springs are located, water is too hot. It was impossible to stay there more then few minutes for air temperature was about 30 degrees Celsius. Good solution was to move few meters further. 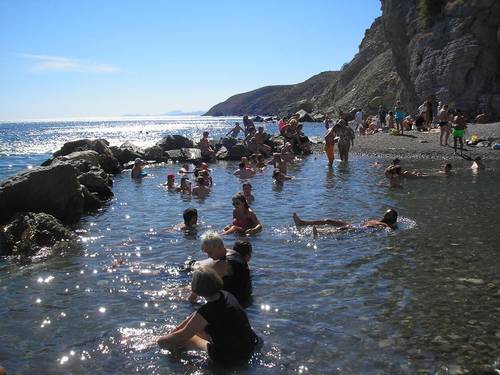 I would recommend a vacation on Kos to everyone who want enjoy leisure in hotel resort near sea but also an active vacation. You can travel across the whole island in a rented car or on a bike. All services are very good and it is safe here, compared to Egypt. You can have a meal anywhere without being afraid of sick stomach. Drinking water is available everywhere and locals do not bother tourists. It was the first Greek island I have visited but hopefully not last. 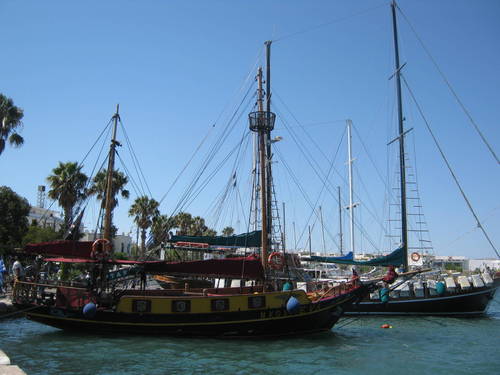