Pilgrims from all over Greece traveled there to get cured. First they made a sacrifition to the god, than they took part in purification ceremonies and then they physically and psychologically prepared for the cure. Then they entered sanctified 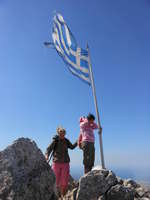 space. The patients that had no serious diseases saw Asklepios in their dreams who advised them the best therapy. Serious diseases were handed by Asklepios’ priests who chose suitable therapy according to advice of Asklepios. Mostly mental health was cured there. They used mostly hot and cold water, hunger, and talking to help the patient talk himself out of the disease. This methods were used to find out what the patient thinks is happening to him. Also, they used a shock therapy. The patient lied motionlessly under the sun and suddenly somebody threw a snake on him.

We get on our scooter with much impression. We are heading to picturesque village of Zia. We drink a lemonade and decide to climb up the highest mountain of Kos, or known as local "Mount Everest". We climb further upwards along steep trails like goats that gaze there. We see fantastic panoramas below and the wind is strong here. Finally, we reach a small church and a flag on the top! We are pretty hungry so we eat a can full of wine leaves, some bread and a frappe that you just need to fill with a water, the mixture is already in it! It’s a local cool thing 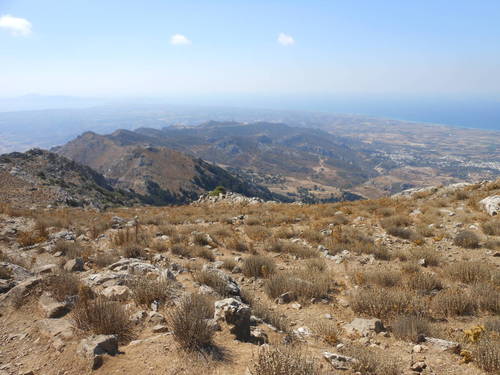 We merrily watch sunset and realize that we will go down in darkness! 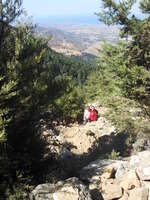 We speed up a little bit but still we soon were walking in the night. Stars are appearing in the sky and the moon appears soon as well. We are saved… Soon the full moon will follow, therefore, no need for flashlights. Finally we reached the bottom and change our direction to see the concert of Michalis. It is an unbelievable experience. Without knowing words we sing with a merry crowd. One enthusiast fan even bought us t-shirts with the singer’s face on it. We stop by at a local bar to buy something refreshing after the concert. We walk through busy center to quickly get to the bed. It was another busy day that gave us many unforgettable memories.

The morning after we woke up late with my friend. We are very hungry. As we were in a non-Muslim country we go to have a famous English breakfast, i.e. eggs, bacon, sausages, and toast. We go to the sea after the breakfast, and we just wander about in the streets of Kos. We buy some present and the time goes really fast. Suddenly it is half past four. We have to go to the harbor because we travel back to Bodrum at five o’clock. Kos, this marvelous island, made a really great impression on us! 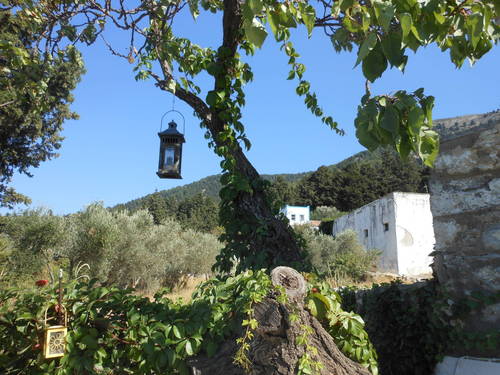