His mother Koronis , the princess of Thessala died when Asklepios was a mere boy. The place of his birth was probably Epidaurus. l Apollo entrusted him to centaur Cheiron who knew the art of medicine. He learned how to treat every disease by him at the peak of Peliu. Soon, everybody knew him in Greece and everybody honored him. According to the myths, Asklepios mastered medicine so good that he was able to resurrect dead back to the living with the help of the blood from Gorgona Medusa (gifted to him by Athena). The highest god, Zeus was afraid that his power over mankind would be lessen. Therefore he killed Asklepios with a flash. After his death, Asklepios was elevated to the heavens where he became the constellation of Ophiuchus. The Askepios’ symbols is a snake twined around a wand for snake’s poison used to be considered to have healing effects. Askepios’ followers (the so called Askepiosites) used to have famous Hippocrates among them. Until the present alumni of medicine all around the world take his oath … 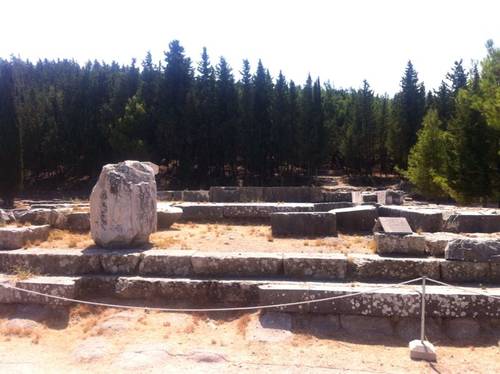 The whole Asklepion was a large compound divided to three cascade terraces. In 3rd century B.C. there were Roman spa. Only walls remained and also beautiful floor mosaics. Also a spring and water tank were found. Between this and the middle terrace there is a small sanctuary where Nero’s statue used to stand. The sanctuary was devoted to Xenophon of Kosu. He, unvoluntarily, became a doctor of ceasars Tiberius, Claudius (he prescribed him a half-hour massage daily to improve his psychics and decrease overall exhaustion), and Nero. The temple was built by Gaius Statinius. 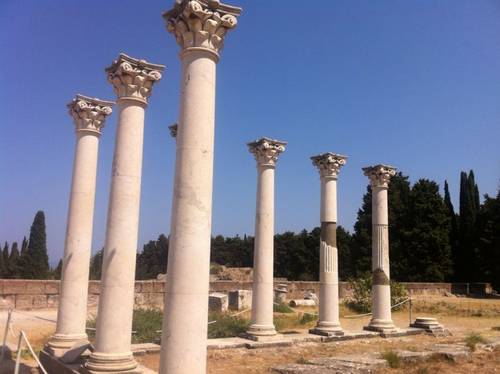 The second terrace, the middle one, contains remains of altar of sacrifation. It is the oldest part of Asklepion dating to the 4th century B.C. It is decorated with statues by famous Praxiteles. Western part of the altar contains the temple of Asklepion built in the Ionic style in the 3rd century B.C. Adjacent to it is a place where the ill waited to see revelation of their god Asklepios in dream to heal them. East to the altar is a small Roman temple in the Corinthian style dating back to the 2nd century B.C. There is an entrance to the holy spring behind the altar.

The third terrace has the temple of Asklepios there in the Doric order built in the 2nd century B.C. Adjacent to it is a small church dating to early Christianity. 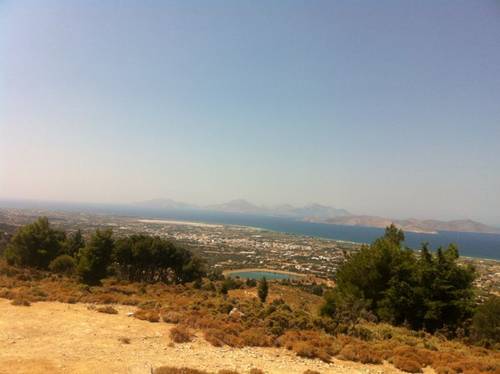 Most of the material in Asklepion was used to build medieval castle of the Johannite order..