The city was founded in 1543, in addition to well-preserved colonial buildings and

ancient monasteries and temples, boasts a pleasant climate and exceptional views of the volcanoes  of Fuego and Acatenango.

The main tourist sights include the main square (Parque Central), which retains the same structure from colonial times. With benches and fountains, it is an ideal place to meet friends and family. Near the park is the Cathedral of Santiago, whose construction began in 1545, but in 1773 it was damaged by an earthquake. From the cathedral remained only the parish of San Jose, which serves as a base for Guatemalan traditions, such as processions and christenings. From the main part of the cathedral there were only ruins without a roof. 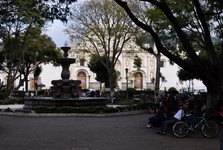 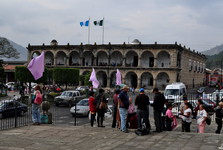 Iglesia and Convento La Merced, a striking yellow building with white décor, shows the typical Baroque style that prevailed in historic buildings of that time. The magnificent fountain in the convent with a diameter of 27 meters and the shape of a water lily is one of the largest that remained in the city. 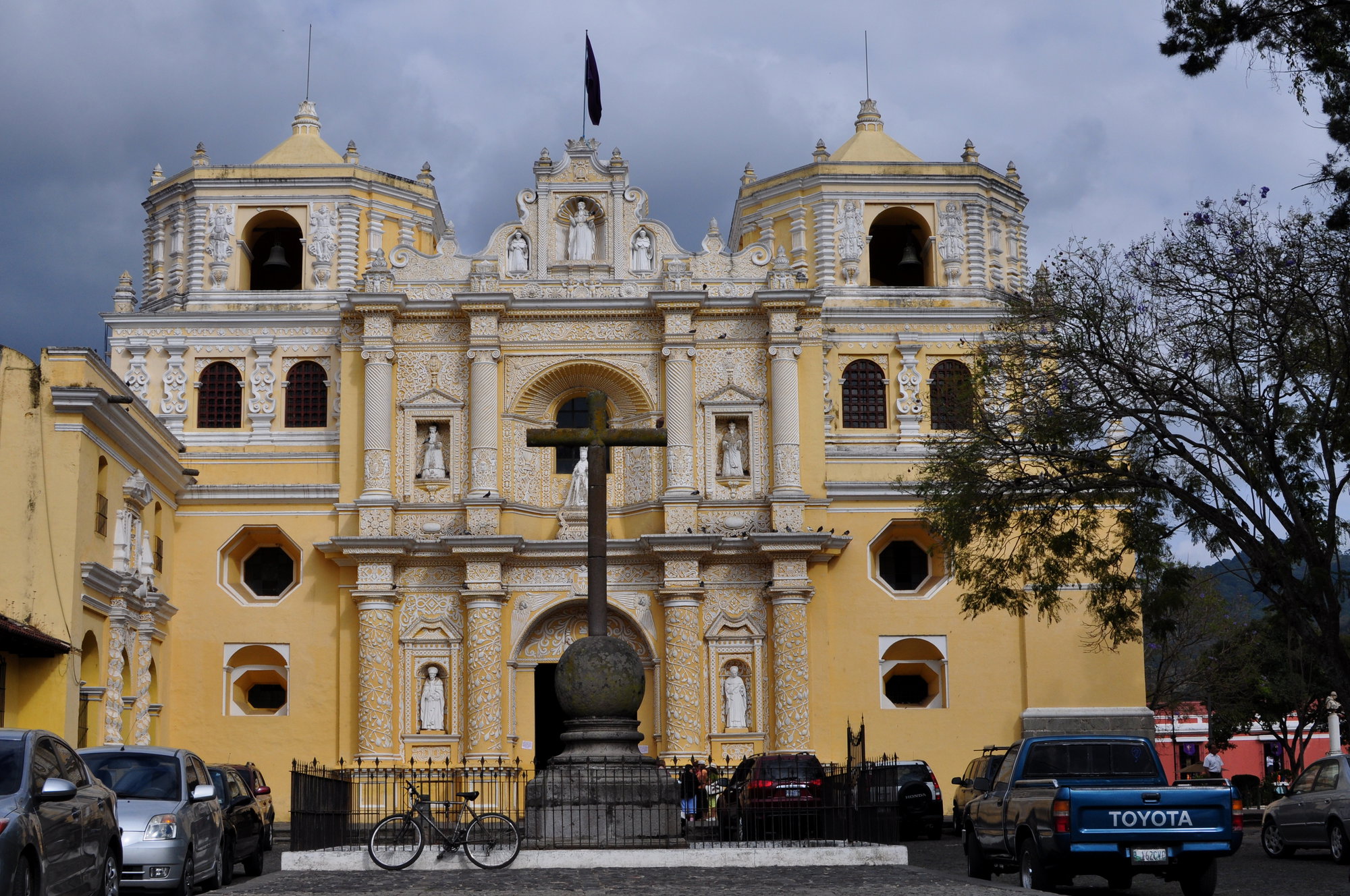 The most famous landmarks of the city also include the Arco de Santa Catalina arch with the Agua volcano in the background. It was built in 1694 to allow nuns from the monastery of Santa Catalina to cross the street unnoticed. The clock tower was then completed in the 19th century. Agua volcano reaches to the height of 3766 m asl and is a symmetrical cone covered with vegetation to the top. In history it was not active and it is still unknown whether the mud currents from the volcano helped to destroy the city together with the earthquake in 1541. 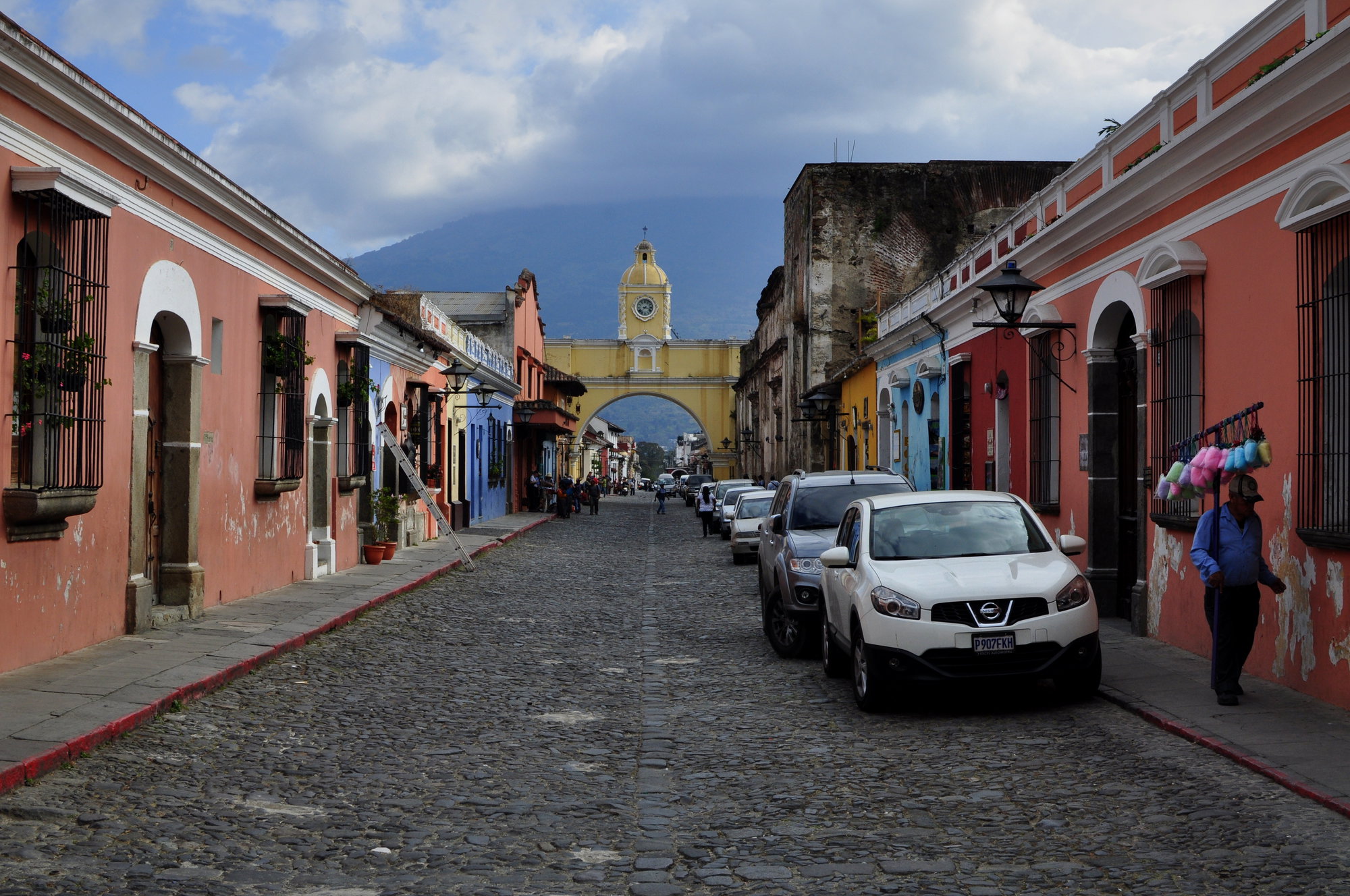 Other nice sights include the Palacio de los Capitanes, El Convento y Arco de Santa Catalina, the Convento de Capuchinas and the Antiguo Colegio de la Compañía de Jesús. This school and Jesuit monastery were founded in 1626 and were part of the local culture until 1767, when the order was expelled. Six years later, the building was destroyed by an earthquake, and today the complex is the Centro de Formación de la Cooperación Española. In addition to the monuments, the city is also rich in crafts and handicrafts - textiles, ceramics, silver, gold, as well as typical sweets/candy and gastronomy. 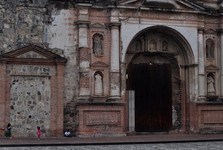 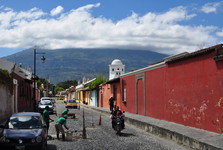 For a panoramic view of the city, the famous Cerro de la Cruz view is worth a visit. From here you can admire the beauty of the colonial town in the Panchoy Valley and the Agua volcano in the background. The cross, which is located here, was placed here in 1930. It is a nice park, where benches were established, so it is made for the final walk and rest in Antigua.