Hungary:Esztergom Is Not Only A Basilica

Published: 17.1.2011
Do you know which monuments are to be found in the town of Esztergom? You find there St Stephen Basilica, of course. But, irrespective of its exceptionality, the town can offer you another place of interest. You can easily see Slovakia, directly from Hungarian part!

Immediately, just at the opposite part of Danube-river, you can look at Slovak town of Šturovo. Both towns are joined with well known Mary Valeria Bridge, destroyed in past. The connection between both towns was enabled by ship navigation only. Even since 2001, local inhabitants obtained more effected transit from Hungary to Slovakia, by means of transport, or on foot. 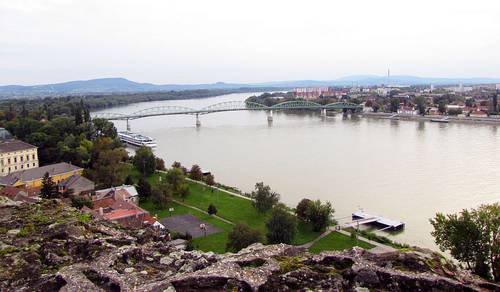 Hungarian King Stephen was born in Esztergom. He established the Archbishopric there and let to construct well-known basilica. The building is situated on Castle Hill, on a place, where another church was situated. Its interior is characterized with a chapel in Renaissance style, used for divine services as well.The oil-painting above the altar is very rare. When visiting basilica, you would not forget to enter the

subterranean crypt with mortal remains of bishops and church dignitaries. After you terminate church sightseeing, you are recommended to mount the cupola. From the top, you can enjoy marvellous outlook of the whole town and environs.

During sightseeing tour of the complex, you can see gigantic statue of St. Stephen The statue demonstrates his coronation by Dominic, the Esztergom Archbishop. The locality preserved the title of King´s Town till the middle of 13th century, when King Bela IV. decided to transfer his seat to Buda. 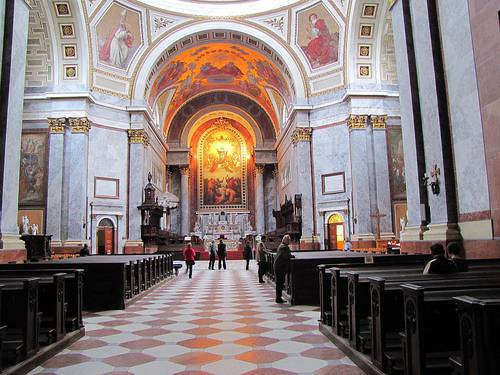 Another Places of Interest

The Esztergom is a town full of churches. You can find there Catholic churches, where everybody, tourists or local people, can find quiet and a space for contemplation, as an escape from all day busy life. It depends on you, whether you decide to visit parish St. Peter and Paul Church, St. Anne Church (constructed in Neo-classical style), Franciscaner´s Order Church, rich in decoration of Baroque style or other rare churches.

Do you know that you can find in Esztergom also world-known Christian Museum? This museum collects rich and rare works from painting and sculpture arts area, including Gothic altars, wall-carpets or valuable china (porcellain) collections. Except of this, you can find there approx. 250 000 copies of books and manuscripts, placed in Archbishop Library, taken for one of wealthiest libraries in Hungary.

The city centre is formed with many buildings in Baroqu

e, Rococco or Neo-classical style. A pleasant atmosphere of the town is completed with small shops, situated along small square with fresh fountains. Moreover, thermal spa, close to the centre, add the attractivity of the town.

As a consequence, in Esztergom you find a factory for production of motor vehicles Suzuki -brand. So, the town has an important representation in the industry. Despite of this fact, from past to present time, the town is, first of all, a main seat of Roman Catholic Church in Hungary. 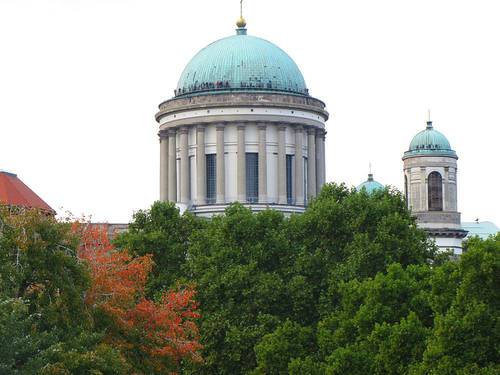