Before the breakfast in the early morning, I go to the pool. It is a great relax after a night in a hot cabin. I spend most of the afternoon on board. Weather is nice, unfortunately the lunch could have been planned better. As we are taking seats for the lunch we sail by the Shetlands . The lunch is prepaid, there is not much to choose from – do not eat and make pictures, or eat and miss the Shetlands.

We could choose one of the following meals: fried fish, roasted beef, potatoes, cooked vegetables, or red cabbage. You have to pay for your drinks – beer 30 DKK, latte 39 DKK; it is possible to pay in euros but you will get your change in DKK.

Except for a pool, there is a sauna on Norröna’s board. We are going to try it in the afternoon. We reach Torshavn, the Faroe Islands in the night (at 22,30). The harbor is beautifully lit. We move to the camp about 3 km away. We quickly rise our tents and go to sleep. 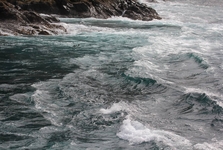 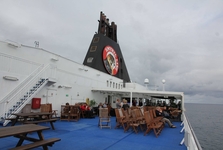 Faroe Islands are part of the Kingdom of Denmark , yet the islands have some degree of autonomy. There are 35 deputies in the parliament. There are 7 political parties on the islands, the republicans have won couple of past elections.

The weather there is determined by the Golf Stream, there are around 283 rainy days during the year. The Faroe islands are called the sheep islands. No wonder as there are up to 80 thousand sheeps on the islands. The capital of Tórshavn - Thor’s harbor. Thor, one of the main Viking gods, the god of flash and thunder, carries a hammer that summons thunder and flash. 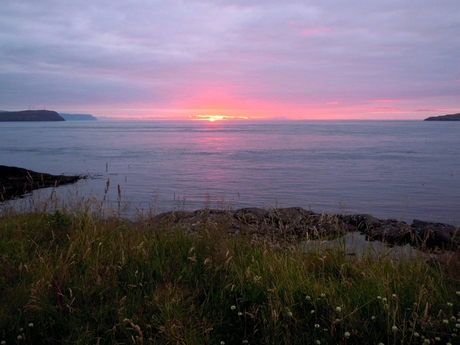 Even this night was easy. I am awoken by sun at around 5,30. I did not know that the camp is so close to the shore. The alarm is set for 7 o’clock. There is a great shower at Byggitænastan camp, included to the price of accommodation. Perhaps you wonder why I mention it. It is not common to have price for the shower included. The kitchen has good equipment and there is even a small social room. The travel agency gives us a half-board. During our trip we decide that to choose Jarda as a cook was a great decision. And our decision was based not only on meals he prepared for us. Large portions and great food. Even his knowledge of the are will be of a great help.

Our first tour goes to the village of Vestmanna, on the Streymoy island. Some from our group take a boat cruise to observe the birds. Two hours cost 37 EUR or 275 DKK. The cliffs are beautiful. Birds are, however, too fast and stormy sea doesn’t allow us to take nice pictures. About half-way through we receive helmets. We slowly sail inbetween the cliffs, sort of a gate to the mainland. Beautiful experience and we don’t regret taking this trip. 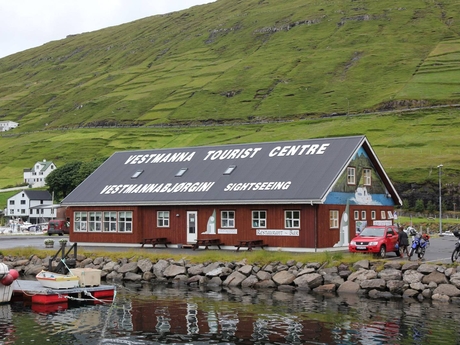 Next time we tell you about the northernmost city of Streymoy island.