The weather was not very nice. Yet suddenly it changes and the bay bathes in sunlight. Thus, our tour on Tjornuvik is very pleasant. After we see turf-roofed houses, we climb up the hill from where we see the bay. We return to the bus. A mini concert takes place there. Our guide, and a tourist from Austria took guitars and played. The atmosphere is great, yet Zdenek tells us that we had to leave soon. So we have to ride back. With 35 kilometers behind us, our guide suddenly runs around the bus searching for his jacket and a cell phone. He cannot find either as everything was left on a table in Tjornuvik. We ride back as fast as possible. Zdenek is very happy to find out that nothing is stolen and everything lays there just as he left it 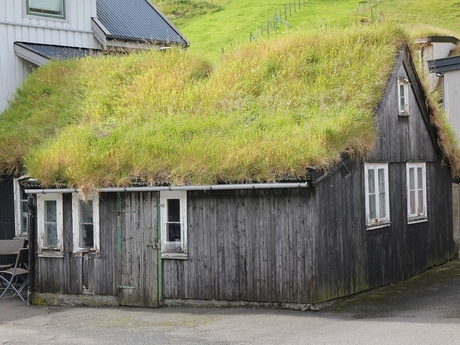 Now nothings holds us from going back to Torshavn. It starts raining on our way back yet sun still shines. Soon, a beautiful rainbow appears. We need to resupply so we head right to the supermarket. To our advantage, we can pay with DKK and EUR in cash, or by card. Everything is possible 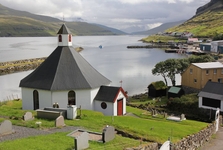 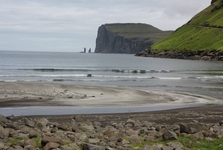 We reach the camp around 18 o’clock. It doesn’t rain, so it is a great opportunity to see everything thoroughly, and prepare for the following day.

After a great dinner – tomato sauce with pasta is really great. As I have already written, Jarda will buttress his art of cookery many more times. It is time to finish the mini concert we had to cut off in the morning. Except for Zdenek even Jirka is pleasing us with guitar tones. It is bit cold yet the evening is great and we are all enjoying it. 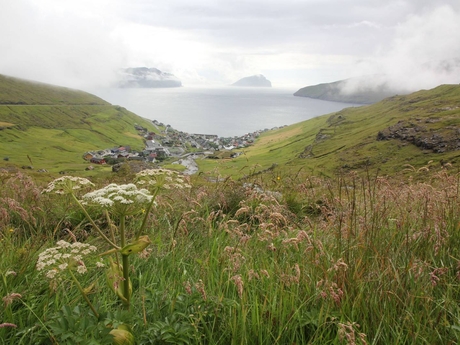 Tomorrow we plan to climb the highest peak of the Faroe Islands. If the weather let us to do it.