At first, the weather was really bad. We visit the fortress of Havnar Skansi as the first. It was built already in 1580s. Later it was rebuilt and expanded thus becoming the strongest stronghold in north Europe. During the second world war, the Faroe Islands were seized by British forces and later used it as a garrison. 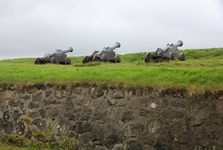 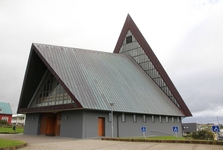 We walk through a harbor and continue around many beautiful green roofs up to the city. In the center of Tórshavn, there is a beautiful park with interesting sculptures. 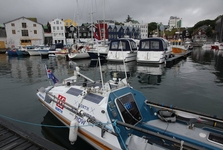 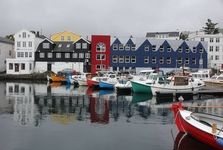 We can see a very interesting church at the highest place in the city. It is Vesturkirkjan - West Church that resembles a sea cutter. It was built in 1975. Meanwhile the sky went clouded. It started raining intensively. We concluded our walk in the city by seeing Nordic House - the most important cultural institution in the city. It was opened in 1983. Concert and vaious music contests and social events take place there regularly. The institution is supposed to be of support to the people of Faroe Island’s creativity.

We returned to the camp around 1 p.m. We had to pack the tents after the lunch, and get ready for departure. Sun began to shine again. Thanks to it we could do what we had to as we had to board a ferry at 5.30 p.m. We continued to Iceland. 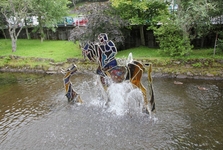 While on Nörrona, you can enjoy your evenings there by visiting local restaurants where concerts take place. There are various artists and some of their performances are great. Those of you who do not want to experience cultural events can relax by a pool or in a sauna. 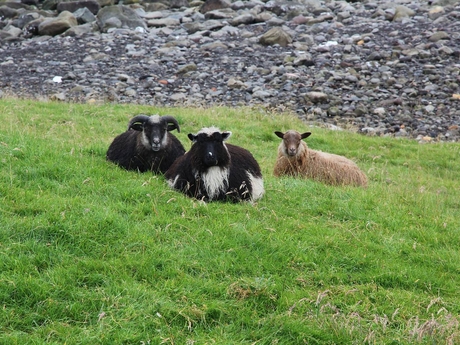 Tomorrow morning we are going to Iceland.