How do the pseudocraters appear? A friend of mine told me, so here is what he said: a volcano spits out lava which flows down to some water surface, lake, or marsh, and then it explodes. The explosion creates a hole in a hill, and now there is the pseudocrater. Pseudocraters are nice brown-green hill which would look better from up above. You can go through there only by following designed road. Birds have their nests on fragile basalt surface so we better do not disturb them.

Goðafoss – the fall of gods on the Skjálfandafljót River. It is certainly one of the most beautiful falls on Iceland yet I was disappointed a bit. Many tourists came there as the weather was truly amazing. About 10 buses parked there so the place looked like an amusement park. Still Goðafoss was magical. Water streams glittered the sun light, and we managed to get at some deserted places. 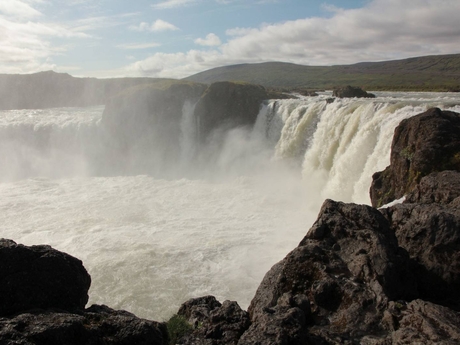 What follows is the trip to Iceland’s second largest city – Akureyri. We have about 4 hours to see the city thoroughly. We park near an infocenter. We visit it to get some information and a map which will help us to navigate. First, we want to see the Akureyrarkirkja church, the main landmark in the city. The church was built in 1940. Its most interesting part are painted glass windows which imitate original windows at the cathedral in Coventry that was bombed and destroyed during the second world war. We are not lucky for the church is closed. It opens at 18 o’clock, the time when we have to leave. 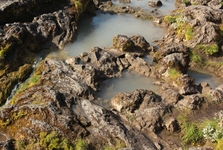 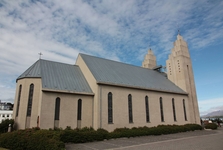 What I am looking forward the most is the Lystigarður Akureyrar botanical garden. It is the northernmost botanical garden in Europe. It is the oldest on Iceland. It is at the highest point in the town and covers an area of 4 hectares. The botanical garden tries to keep as many original Icelandic plants as possible and it also holds a collection of foreign plants that wouldn’t otherwise withstand the weather conditions on the island. Many of the plants there are usually from arctic or in the north temperate zone. Some plants come from world’s highest mountain ranges. 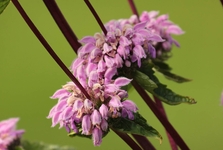 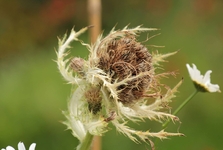 In the 1960s, the garden received plants from Greenland, Norway, and the Alps. Later, many new plants came from Scandinavia, Canada, and the Alps. In the 1990s, the garden expanded. New building covers Icelandic flora. You can see the plants from coastal areas, arctic lawn, snow areas, and lava fields, marshlands, spring areas, and lakes. I explored this great place with “gardener” Peter who was able to identify many plants, and tell me some interesting stuff about them.

We are going back to the city to buy some souvenirs, drinks some coffee and eat a pie, and than we return to the parking lot. There we have a delicious goulash. 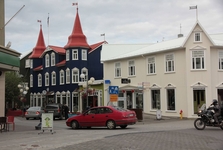 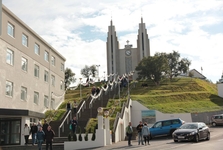 This night we spend in nature. We will sleep bivouac above a wild river with sheep around us. Upon our arrival we have to build a tent quickly as possible. It is starting to rain.

In the morning, we are going to see a waterfall and a 18th-century open air museum.