Not far from bivouac shelter, we ride only ten kilometers and we had already to find a place to park. It is not that easy as two large boulders lay in front of the entrance. It could be a problem for a bus. So we leave it near the entrance and go to the gorge. At its end, we can enjoy the waterfall yet the road there is not simple. We follow the river, climb boulders, sometimes we try to overcome rock walls, and sometimes we end up in water. The vendor didn’t lie to us, the shoes are really water proof, and I tested it, unwillingly. At the most dangerous places, we can rely on a great help – Jarda, our cook, he is really irreplaceable at difficult terrain! Among us are even such people hwho go forwards and endanger others. Everything looks good and we are at the waterfall. Again, one of very beautiful places. The path leading there is difficult yet beautiful. We return by the same road and then go to Glaumbær open air museum. 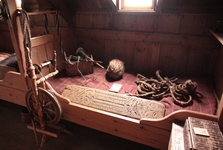 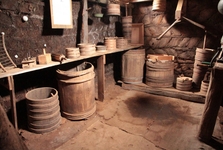 The museum is actually a 18th-century farm that shows preserved building techniques of old Iceland. A tour there is worth it. Everything is well-preserved including furniture in rooms and tools old Icelanders used to cook meals and work on the field. Individual houses sit right one next to another and are connected with a long corridor. Iceland hasn’t enough sources of wood. Hence, it was important to save material. Wooden constructions filled with pieces of turf made stron walls, the roof was of grass. The museum is very well presented. In every room is a detailed information on furniture, and you can also read why and how individual items were used for. Various crafts are presented as well. There are also texts about life at the farm and about some habits. 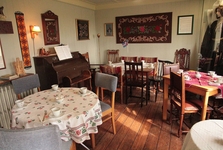 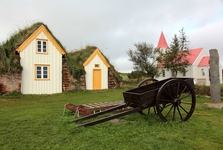 We concluded our visit to the museum in Áskaffi, a house in the museum. It holds a beautiful exposition of a café. It is in operation so you can sit there and enjoy great coffee and a cake. Dishes are contemporary and amazing. There is also a small church in the complex. 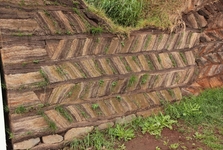 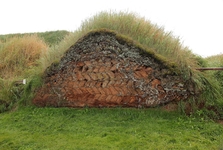 With many impressions we leave the museum, we spend a shile at the church in Víđimýri. It is said that it is the oldest church with a turf roof on Iceland. 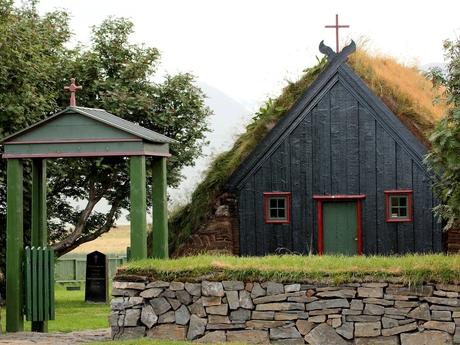 We have a long ride ahead, Vatnsnes peninsula that is about 100 km away and is known for its seal reservation. We have to walk 500 meters to the sea from the parking lot. Unfortunately, the weather is not good, it is cloudy and seems to start raining soon. A small house on the shore has binoculars that allow you to watch what is happening on nearby islands inhabited with seals. I say nearby, yet too far for making pictures. With my 70-300 mm lens, I am successful in taking pictures. Others who have small compacts are not that lucky. As I said, it is cloudy so the visibility is poor. 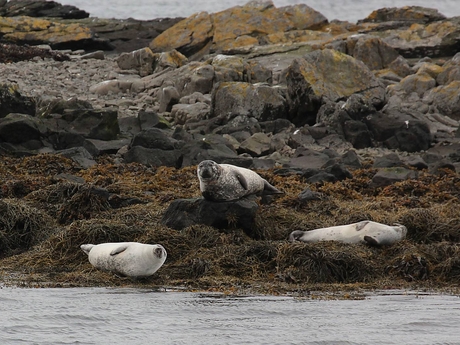 We are nearing the end of the day. We have to move to Reykjavík. In the night, the second group arrives – pilots. They will spend with us couple of following days. So lets go to the Laugardalur camp! 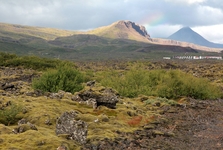 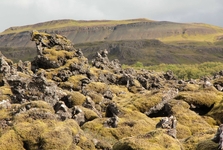 The camp is quite large. You can find there everything you need for a comfortable stay. For instance, washing machines, dryers – the only problem is that it takes too long to dry your clothes so you have to take a book or another entertainment with you. You can connect to the Internet via wifi, or spend time in a hall when the weather is not good. 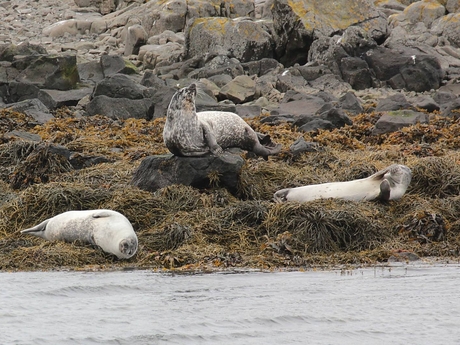 In the following part, we visit important sights in Reykjavík and then move to a geothermal area.