In the beginning of my story, I wrote about various options how to use showers on Iceland. Unlimited usage is rather an exception sometimes included within the price of accommodation. Somewhere regulated showers are used. For instance, in Höfn one shower costs 50 ISK, you have to pay with this exact coin as no else fits in the machine. Another limitation is the time for which you can use the shower. For the price we mentioned, the shower goes for 5minutes. Note that you should turn on the shower only when you actively use it. Then it wouldn’t happen that you soap your body and water goes off… Also, charging your mobile phones, cameras and what have you is not for free. Again, in Höfn you can charge your electrical devices at the reception desk for 100 ISK. Somewhere you can charge your devices in the restrooms, yet there are not many wall sockets. I recommend you to take two-way adaptor with you. Another important thing: somewhere you have to pay anyway and were you to bypass paying for it you can come back and find out that your phone is gone. Staff of the camp will take it and return only when you pay the fee for not abiding by the rules, plus you will have to pay for charging. 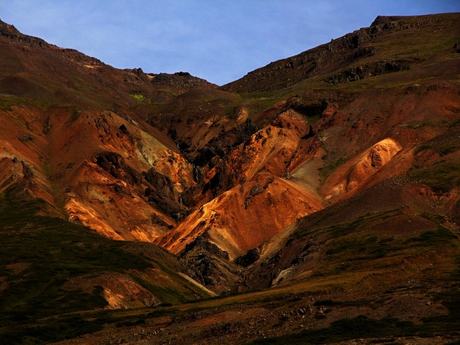 Before boarding Norröna ferry we had couple of last stops ahead. After buying some groceries, we continue to Hengifoss waterfall. It takes about an hour long hike to the top. 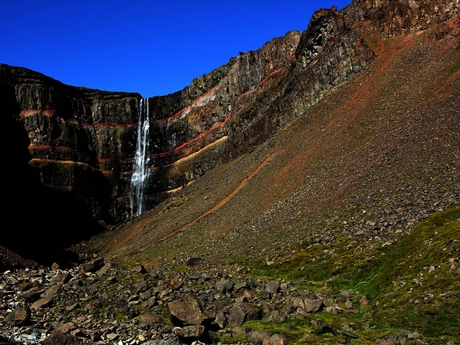 Hengifoss is 118 meters high which makes it the third highest waterfall on Iceland. You can find it in the east of the island near the village of Fljótsdalshreppur. Interesting is the play of colors typical for this waterfall. Red and black strips created by volcanic eruptions decorate the cliffs. Basalt layers split red clay stripes – pressed ashes. The way up winds. First you reach Litlifoss, a small water where basalt columns resemble organ like at Panska rock in the Czech Republic. The climb to the waterfall’s foot is nice. Nature around is lit with sun rays. It is really hot so we strip off our upper clothes and enjoy last view of Icelandic landscape. We manage the climb there and back to the parking lot in about two hours. The lunch is served on grass – perfect picnic at the end. Next we take care of our food by ourselves. 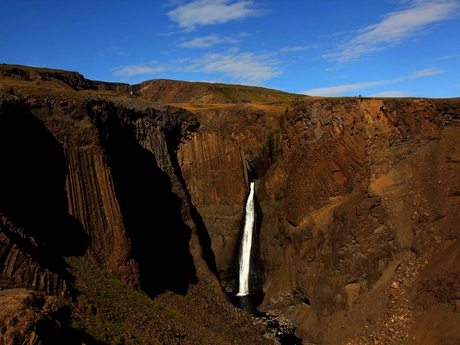 Departure from the city of Egilsstadir we spend our last Icelandic crowns and buy with them souvenirs. We are only a couple of kilometers away from the port of Seyđisfjörđur by following Ring Road – state road No 1 on Iceland. It connects almost every inhabited area on the Iceland. Altogether, it is 1400 km long, and passes by the greatest tourist attractions. It was opened in the year 1974. It allows one to visit many tourist attractions you wouldn’t otherwise able to reach with ordinary car or bus. It is maintained even in winterer. 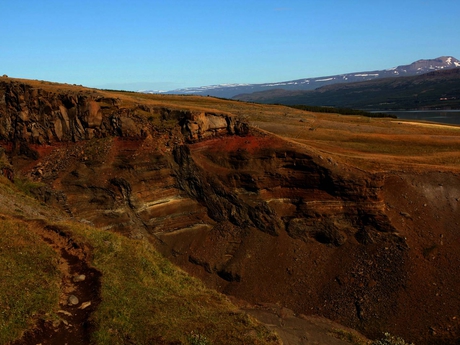 We arrive at the port after 17 o’clock and we are getting ready to get on board. The departure is set at 20 o’clock. Unfortunately the well known ship to us had an unpleasant surprise. We spent the ride in the so called couchettes. Each had six bets and I didngt like that we are about to spend our time in cabins for 9 people. It is much worse. Last beds were really close to the ceiling which prevents you from sitting on the bed and the only way you can move there is by crawl. Moreover, it is not easy to get to your bed. You have to “break” on the second ladder step to even get up. I would compare it with worse “extra bed” in a hotel. Many people criticize it and I understand them. I try to change my bed at the reception. I even say I would pay for better. Unfortunately, the ferry is full so my last option is to persuade someone in our group. Eventually, I manage it. I recommend you to book your place in advance before you use Norröna and couchettes. It is also possible that these beds are cheaper. So you have to decide if you prefer price over comfort or other way round. 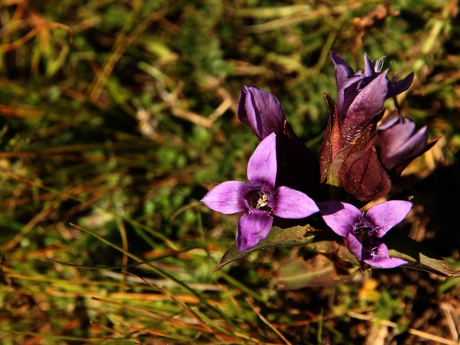 It is possible to buy a jaccuzi with friends. It costs 199DKK for about 30 minutes. Price for unwarranted use is 500 DKK. There are many restaurants on the ship as well as cafés or wine bars. There is even a shop and children’s playgrounds. You can spend the whole ride on the deck. But it is pretty cold out there so you can also stay inside.

We sit on the deck. We talk to our friends about our impressions. Some one says that there was no volcanic eruption during our stay… The sun sets slowly. It was beautiful scenery as the sky goes red which makes an illusion of some kind eruption above Iceland’s peaks. It is really a beautiful goodbye from the island. 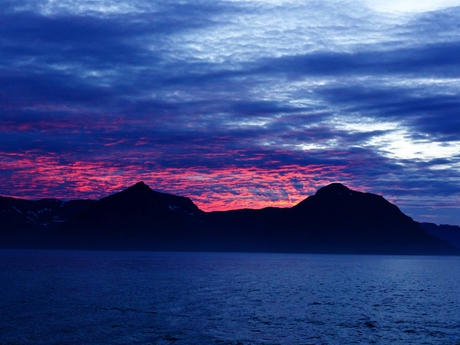 Next part will be available next week.