en.infoglobe.cz » Iceland: Rough Corner of Europe III. – Mysterious Places in the South of the Island – VIDEO

The entrance is not easy to spot from the road. You can find it nearteast from the road. The cave is 1350 meters long. It is about 10 meters wide and about 10 meters high. There are large holes in the ceiling at the entrance to the cave. Huge piles of snow were there in the beginning of May. Couple of meters into the cave the cave closes. On the bedrock, there are icy stalagmites – clear icicles popping from the ground. Be careful there for the ground is slippery. Also, don’t forget your headlights because it will help you to fully enjoy this mysterious lava tunnel. 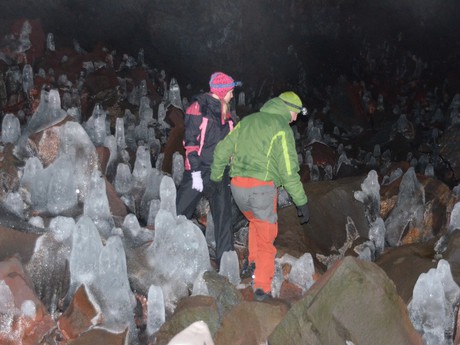 We reach the next place on our list while the sun was setting. There is no better time to see it. An hour of ride down the road No 1 there is this fabulous waterfall Seljalandsfoss. You can go underneath it. Thus the sundown was wonderful. Take raincoats with you. It is somewhat problematic to dry your clothes on Iceland. 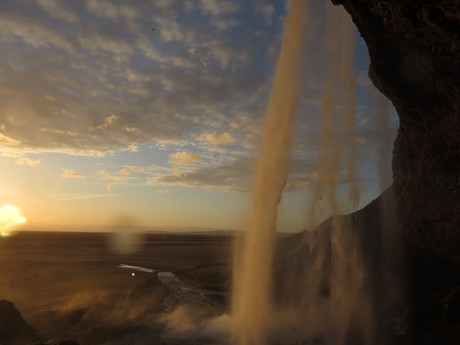 The pride of Iceland, the 60-meter Skogafoss waterfall on the Skógá is 30 kilometers more to the east. Through the symmetric stream of the river flows huge mass of water. There is beautiful camping site near Skogafoss. A wooden cabin with toilet, table and benches. Visit a museum in the village of Skogár. There you can get a glimpse to folk culture or see typical grass-covered Icelandic houses. The Skogar-Þórsmörk tourist trail follows the stream of the Skógá river. The trail goes across Fimmvörðuháls gorge – The Gorge of Five Stone Men . The trail then goes in between two icebergs (Mýrdalsjökull and Eyjafjallajökull). We would go through the gorge on the following day. The trail then goes up the waterfall, then through beautiful moss-covered canyon until you reach snow, after couple of hours. Going down was not very pleasant due to strong wind. We tried to get back as soon as possible after four hours of hiking. 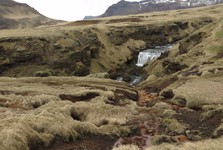 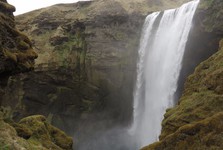 When one travels 30 kilometers to the east he founds himself in entirely different area. Dyrhólaey. Waves hammer cliffs there. Black sand covering the beaches is strange. Strong wind made observation of waves and small islets more comfortable from inside the car. The southernmost spot of the island is the location of the village of Vík. It is from there where you can see the Troll rocks , cluster of rock needles reaching for the sky from the sea near a rugged cliff. 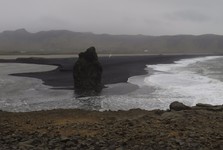 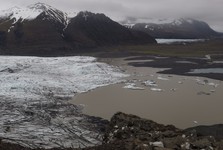 Iceland is the home to Europe’s largest iceberg called Vatnajökull. It is situated in the island’s southeast. Skaftafell travel agencies do expeditions there where you can use climbing irons. This was also our intention to do. We intended to sea the area from up above. Therefore, we picked a short circuit route north of Skaftafell. The ice tongue was truly colorful. It dazzled us with colors ranging from white, brown to various tones of blue. 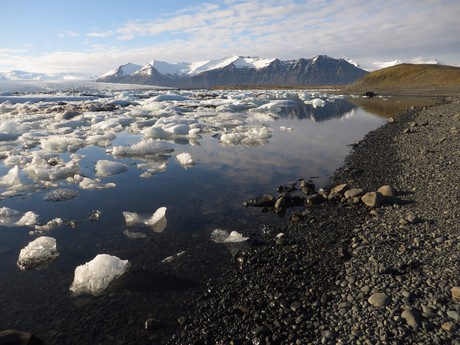 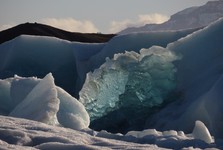 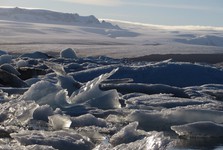 You can experience wonderful views of ice tongues and ice ponds next to them. Take the turn off the main road. Take a moment to observe glittery pieces of ice on ice lake. Many visitors want to see, however, – Jökulsárlón, a wonderful iceberg area. In order to truly experience Iceland, this place is a must. 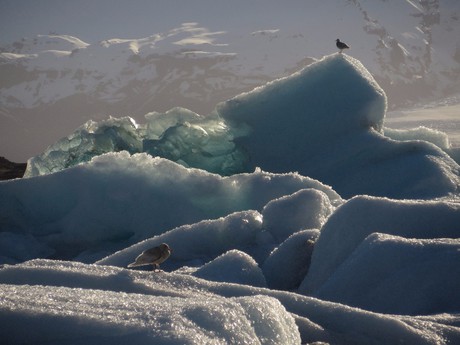 Next Tuesday we are going to continue in exploring the island...