I would like to recommend you a white-blue “hostel” which is actually a church in Stöðvarfjörður (his owner lives right next to it). The church is made so that tourists can stay overnight here. It was really interesting experience. Fortunately, we could sleep in a dry place after a rainy night. 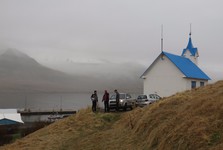 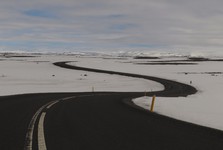 Once we were finished with the long drive we found ourselves at the waterfalls in the northwest. Dettifoss waterfall belongs to the snow covered area. The waterfall is really huge. Another one is Selfoss located above Dettifossem. Selfoss is smaller yet water comes to it from more directions so it could take all glacier water. 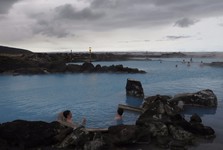 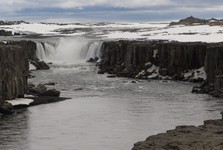 Another place we were intended to stop at was Mývatn lake. Be sure not to miss a turn to Hverir, also known as the devil’s kitchen. This volcanic area looked like it was somewhere on Mars – bubbling mud, smell of sulfur and drought. We were closing to Mývatn and also we were dying to finally get to Jarðböðin spa (3 000 ISK = 525 Czech crowns for entrance). These are not the most famous spas on Iceland. However, here you can enjoy beautiful view of the nature and blue water. 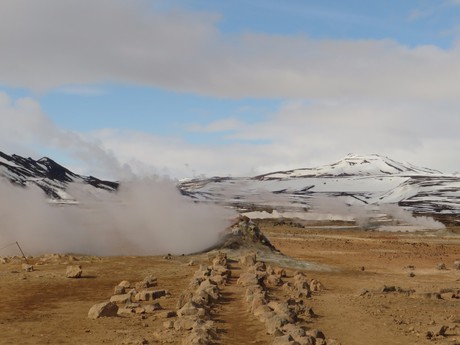 We plan to see volcanoes on the following day and there is really a lot to choose from. Eventually we decided to se Krafla and Hverfjall volcanoes. Unfortunately, the snow prevented us to see the former. The snow just split the road in half so we couldn’t continue. At least we reached Viti, a blue lake and then returned back. Our expedition to the extinct volcano of Hverfjall was much more successful. 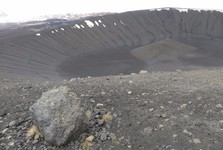 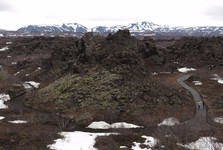 It seems like a pile of gravel from distance. We parked our car at Dimmuborgir – place where the trolls live allegedly. It is an area where are lava rock formations. We walked through it towards Hverfjall volcano. The terrain was slippery and we climbed it up towards the edge of the crater. We hadn’t encountered many other people. Volcanic dust was everywhere on us. Therefore, we turned in the direction to Grjótagjá cave to take a bath there. There was a new board at the entrance to the cave which resembled a huge egg shell. The board said: Bathing forbidden. It was probably a health risk precaution because water here is 43–48 °C hot. It it difficult to get in. Perhaps worse than getting into ice cold water. Still, the beautiful environment makes it a very nice experience. 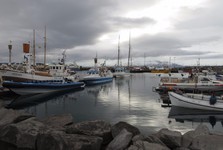 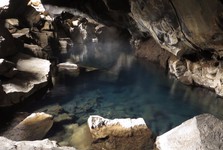 To observe whales you should travel to Husavik village, local agencies will provide this service for you.