We intended to make a trip along the Vatnsnes peninsula’s coastline. There are dirt roads. Also, we finally encountered a herd of wild horses. Fortunatelly, they were friendly. They surrounded are car and were not prone to let us go. 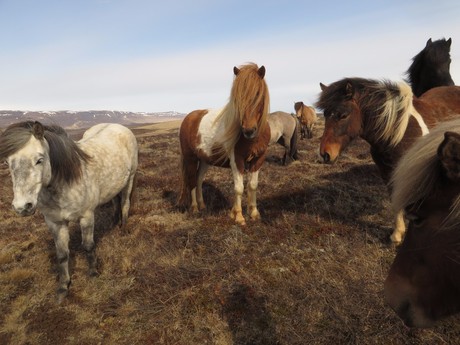 The main goal of our travels on the peninsula was the village of Osar. On its other shore sea lions often gather. Once you see them don’t forget to go north along the coastline until you reach the famous Hvitserkur rock. It guards the life on the coastline from the sea. 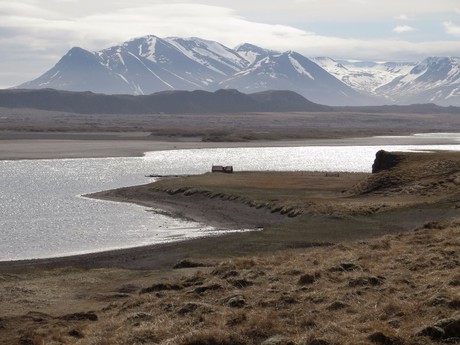 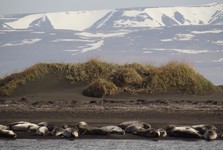 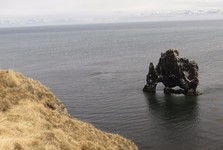 Only Western Fjords lay ahead of us now on the island’s northwest. The Hornstrandir peninsula is the most well-known part of it. The north of the peninsula is a nature reserve. There are no roads. There could be organized trips usually for couple of days. The most common transport to this area is a boat which sets off from Ísafjörður. We met only 6 cars during two days which is great. But also you feel respect. No many gas stations are scattered across this area. The coast line is steep in green-brown colors. In Kross village, we saw an abandoned swimming pool and a roundish pool around it. There was warm water in which we enjoyed several moments of wonderful peace. 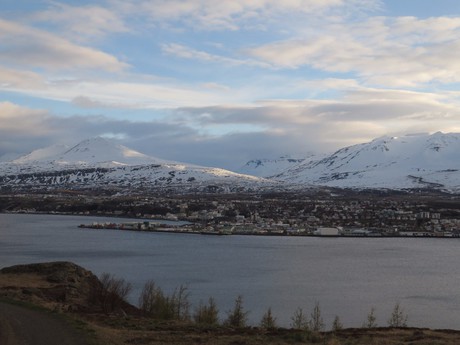 You can enjoy the view of snow covered volcanoes on the Snaefellsnes peninsula across Breiðafjörður bay from south end of the fjords. Its volcano is covered with Snaefellsjökull glacier. The volcano belongs to a national park of the same name. Jules Verne made the volcano famous in his novel Journey to the Center of the Earth. In the novel the volcano is the entrance to the underground which leads to the Earth’s center. 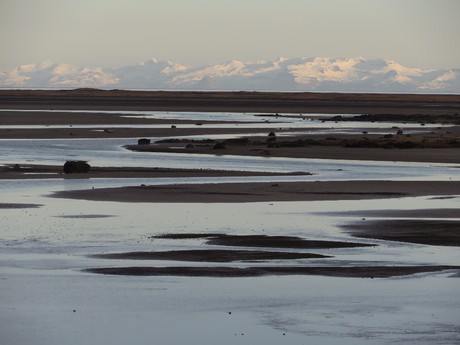 More to the west there are really beautiful fjord beaches. Concretely it is in Breiðavík. There is a camp with top-notch social facilities. Till then we still hadn’t seen a puffin. Therefore, we set off to Látrabjarg brid cliffs to catch a sight of him. This got us to the westernmost spot of Europe. Countless sea birds fly in circles above the coastline and cliffs here. Puffins included. Once we heard all kinds of sounds birds make we set off across the northern fjord to Patreksfjörður village. There are many beautiful houses and local raised pool is worth visiting as well. 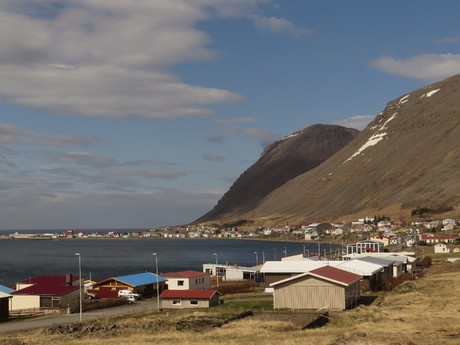 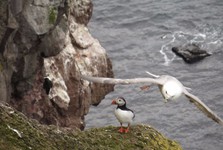 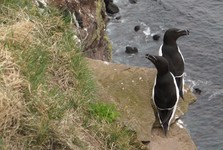 We discovered a hot pool on our way back. This place will cool your heartbeat down. We continued to the north. The landscape was covered with snow until Dynjandi waterfall. Wide stream of its water flows down the cliff that looks like a silver pyramid with many cascades beneath it. 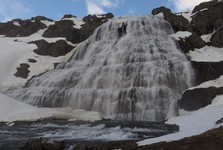 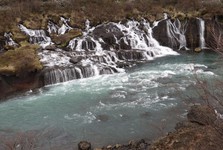 Poslední zastávkou je pro nás islandský unikát – Barnafoss waterfall is the last and truly unique stop. The water flows from beneath of lava field to a huge river.

There are many other interesting things on Iceland to see – lets do it!