In fact, Masala is also a type of tea, but it is very special. It is made from black tea and does not contain ginger and cardamom. The other ingredients depend on who prepares it. Most often these are spices - cinnamon, anise, fennel, pepper, nutmeg and cloves. Masala comes from India and has a great tradition here, but each state has a different kind and proportion of spices. The last essential part is milk. Buffalo milk is used in India. Anyway, the drink is tasty, refreshing and great for digestion. 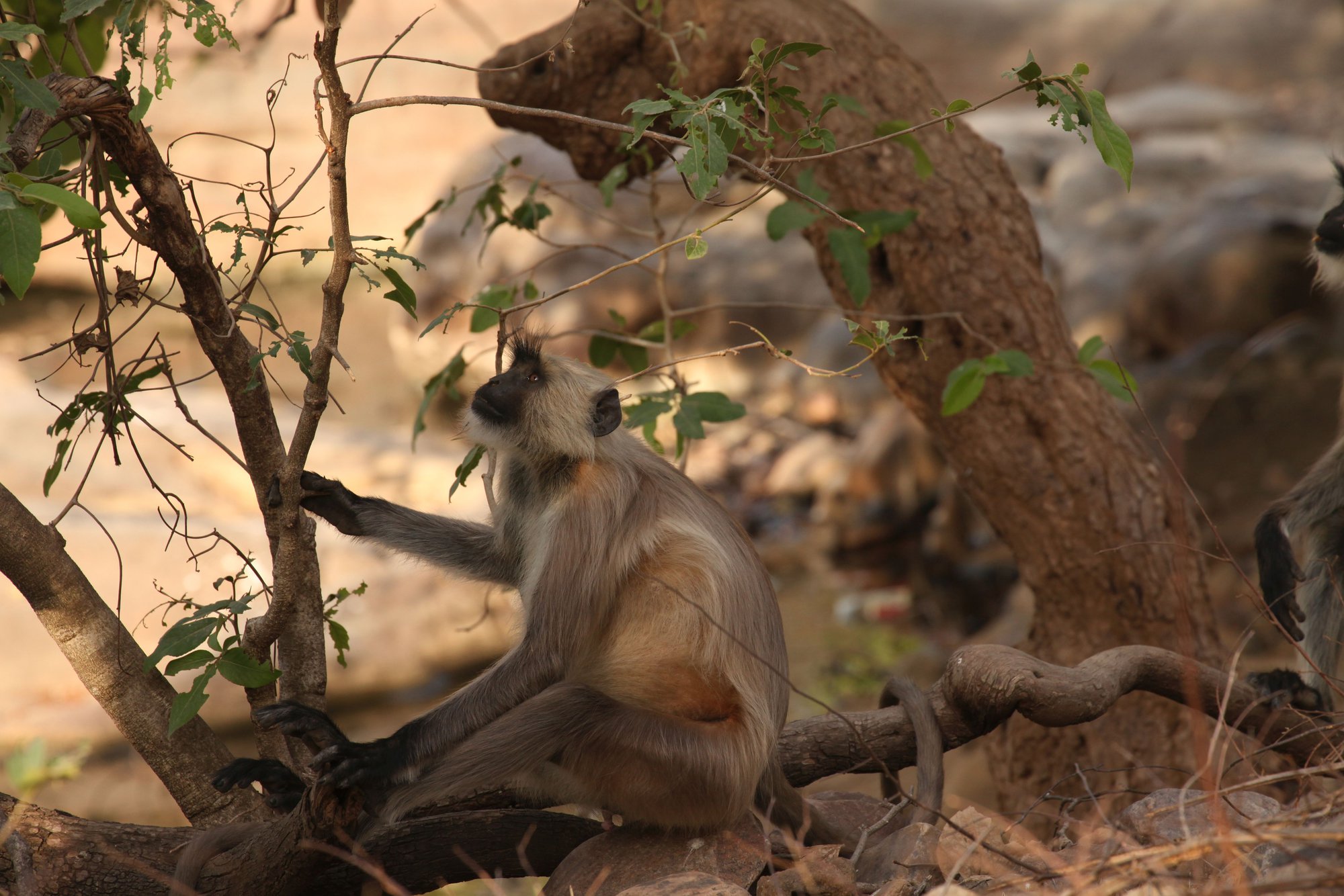 When I wrote what you need to have for a safari, I have forgotten one important thing, which is definitely drinking water. We carry with us a refrigerator that is full, it is necessary to constantly refill the fluids to avoid dehydration or heat stroke or heat. You can also use tablets for athletes to replenish energy.

So let's go for another adventure. Fast masala and hurry to the car, we are the first on the gate and it will be so often. We pass zone 2 again, returning to my "first tiger". 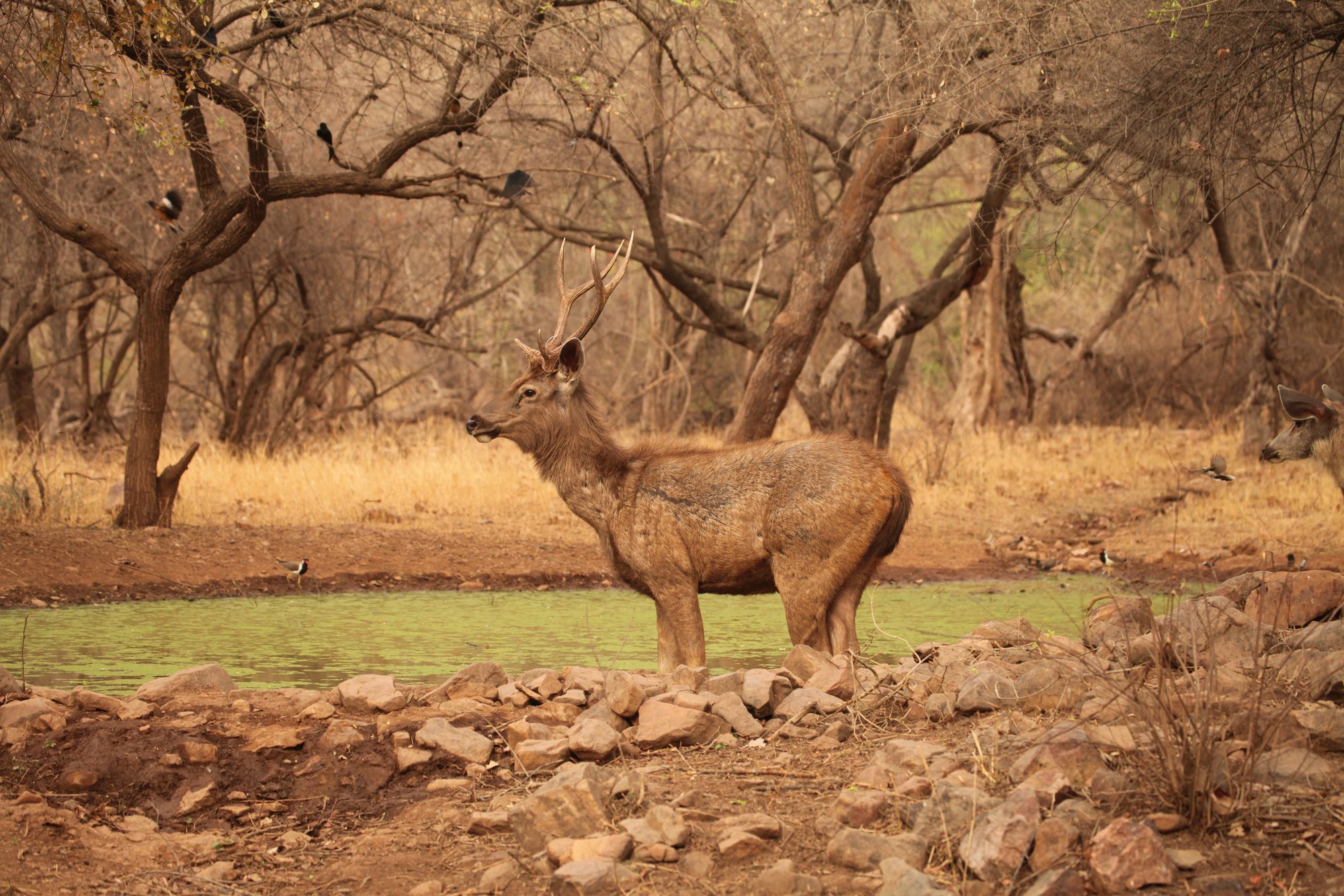 An offroad ride in the reservation is definitely not comfortable. The road surface is horrible: stones, roots, pits ... And we also need to be first everywhere, so the jeep doesn't go, but it almost flies from place to place. My spine is not in the best shape, so the waist belt is a very practical companion. 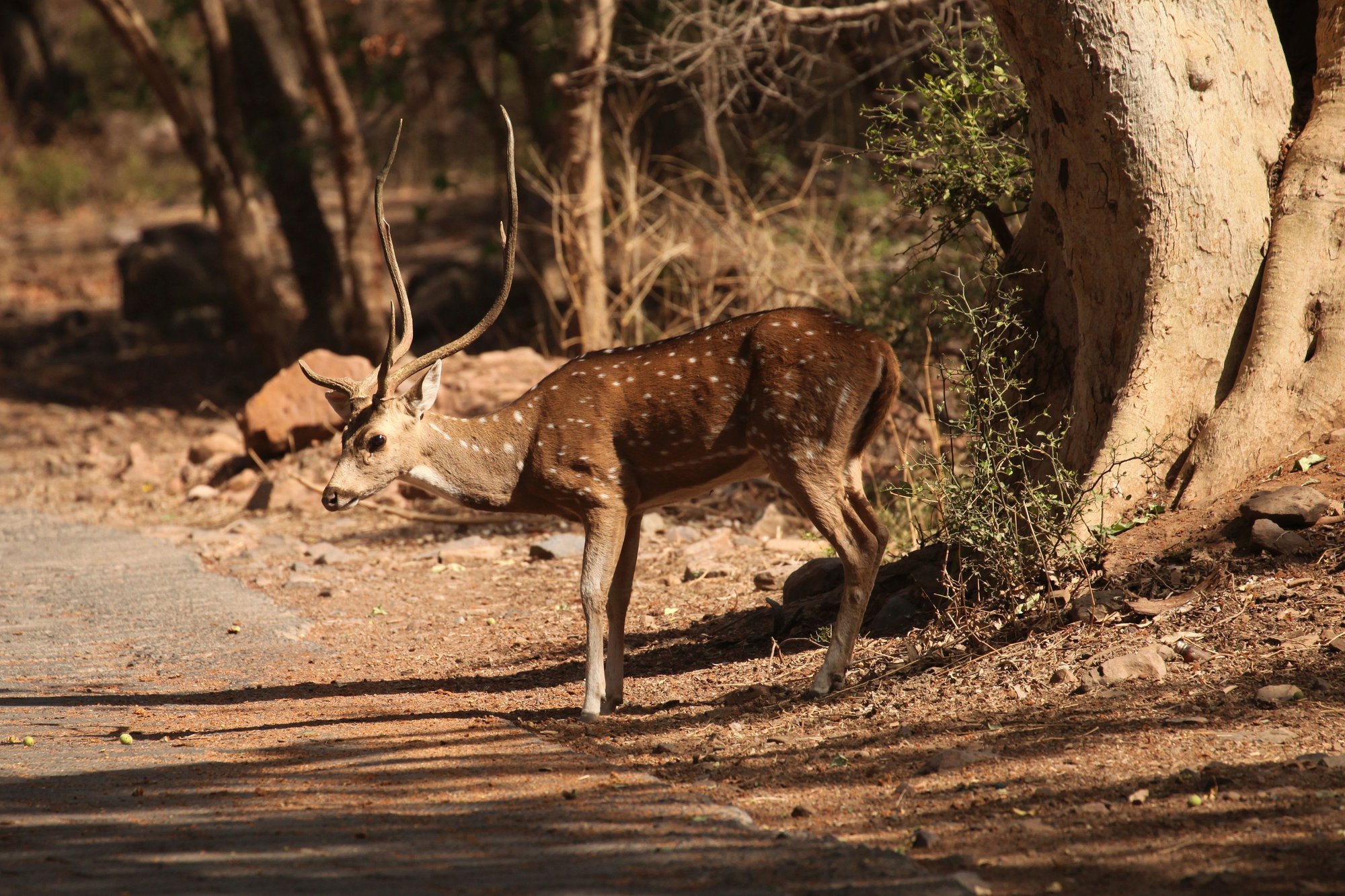 At first, nothing major happens, nor do we see any wild cat. So I take pictures of peacocks, sambara and axis. I'm already worried if we're going to be just as successful today when I finally see the guy yesterday. So I have to admit that I am not able to identify that it is the same tiger that was lying down at the pool yesterday. Of course our guide is in the picture. But the animals are different, the black stripes on the tiger's body are as unique as our fingerprints or as a drawing on the giraffe's body. But imagine that you finally see the majestic creatures in front of you, you don't even really believe it, try to shoot one hundred and six so that nothing escapes you, so you may miss a lot. I already know that I will definitely come back here, now I know what could be better taken, I know that maybe I don't have to shoot everything, that it is enough to watch and the experiences are just as strong. 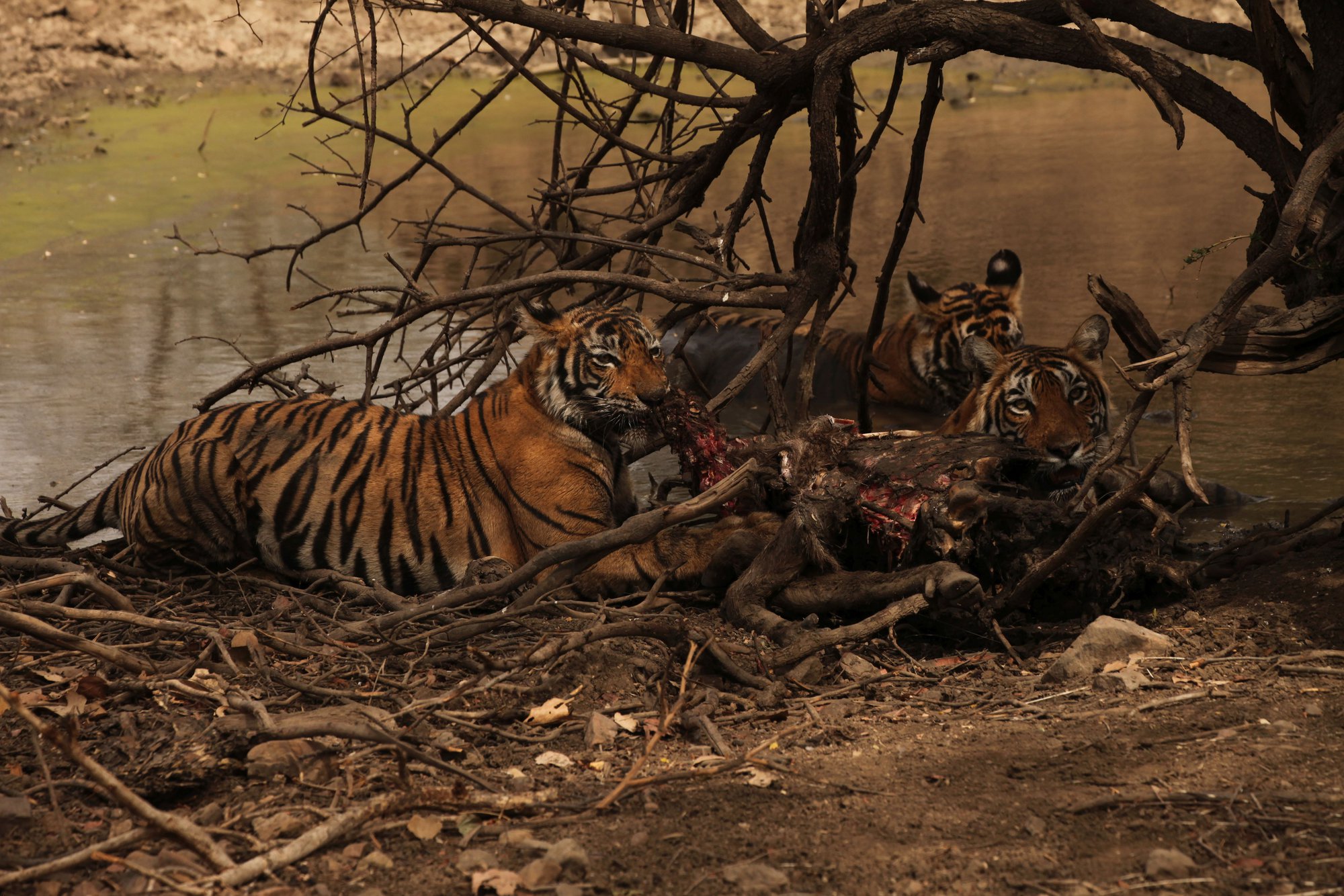 Let's get back to the tiger. First find him resting while in the woods. After a while he sets out to the water surface. Our guide always estimates almost exactly where to go. The park area is huge, I think the cats can move in all directions, but Nafees is irreplaceable. He always lets us take the best shots and then move forward quickly to catch the beast in motion. However, it is time to go back. 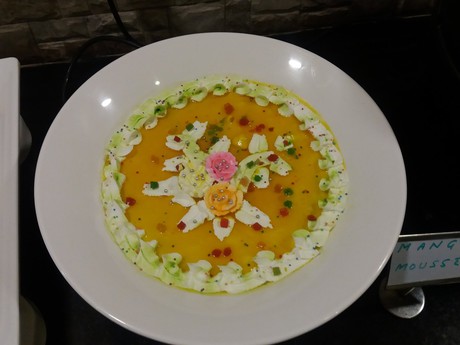 We arrive at the hotel after 9 am. There were so many experiences that I feel that at least half of the day is behind us, so I am surprised that breakfast is waiting. We sit down at the table. As I mentioned, the offer of food is varied and they also have a great cappuccino that I find useful. 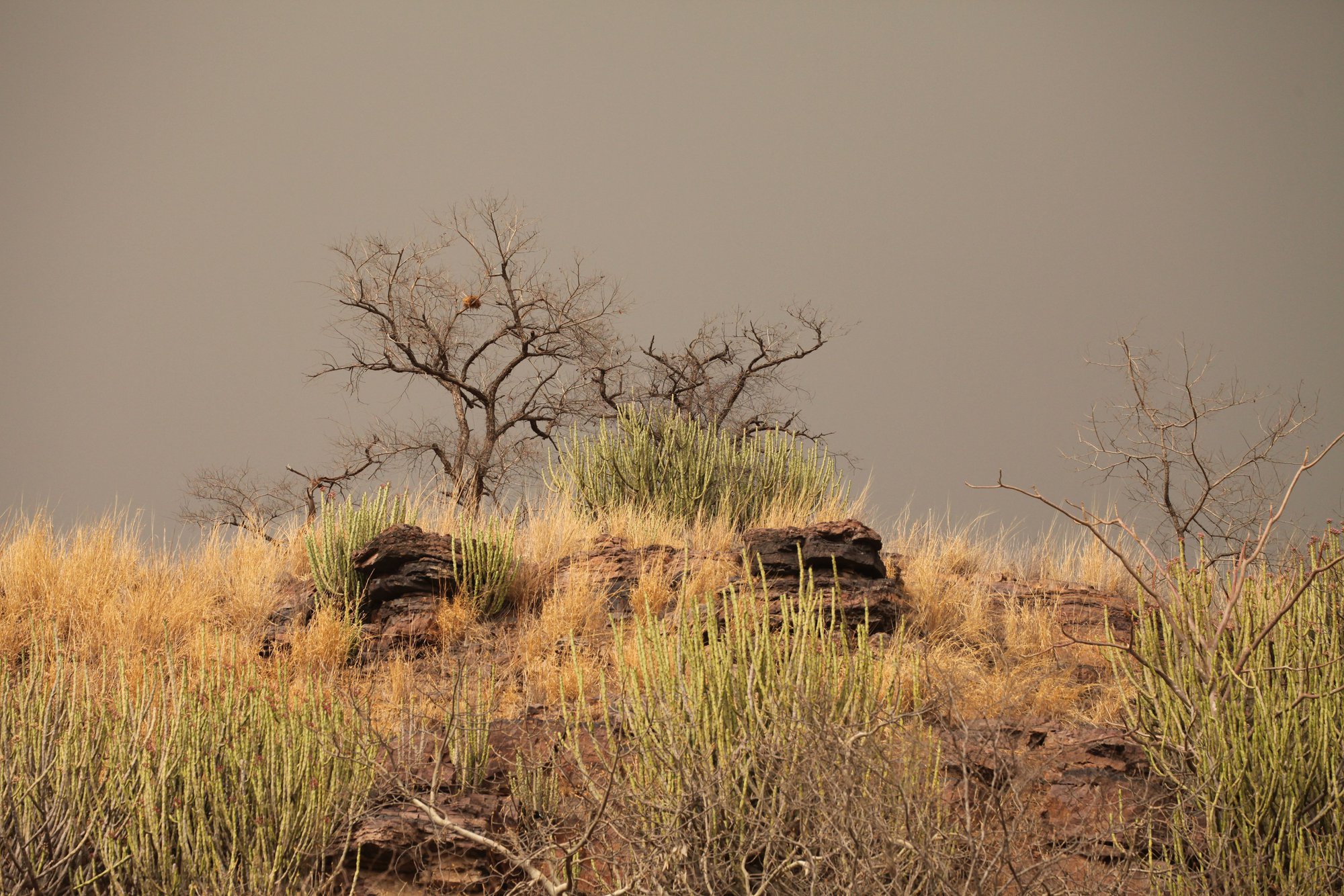 After breakfast, I look forward to the pool and relax to get fit for the next safari. It's still important to back up your data so I don't miss a hilarious tiger shot.

On the afternoon safari we will enjoy the presence of Mom Ladli T8 and her pups, but the next time.