en.infoglobe.cz » India: How I Imagined the "Incredible India" II

This would be break your heart. You give them all your cookies and bonbons you have in your backpack and leave with difficulties for you know you can’t help all. After long time in India you realize life is not so difficult for them, at least in their eyes. They never experienced better life and they just live from one day to another. They grandparents lived that way, they parents too and they will live the same way after they grow up. 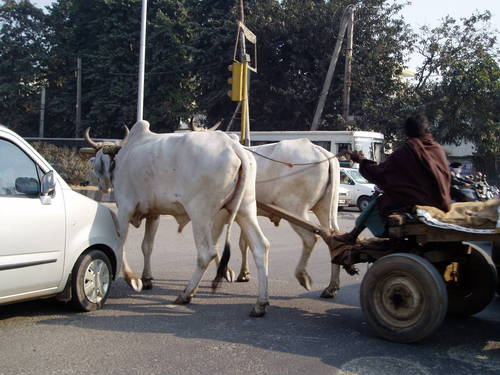 When the day of our way to Agra, a city where the colors of Taj Mahal’s marble change during sunset and sunrise as I have read in the tourist guide and I felt like a little girl how I was excited. Early in the morning we set out to a train station. It was still dark and we haven’t noticed there laid people on the ground, one right to another. There is no place where to put your feet when you want get 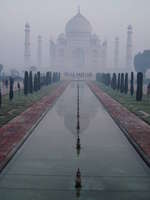 from a hall to platform without waking sleeping people. As tourists coming from Europe we set out to the train station ahead. However, the guide warned us that the train could be even five hours late. Eventually, we are glad it was just two hours late and that we have seats in the first class. We are pleasantly surprised that we got refreshments, however we prefer our own bottled water.

Finally we are in Agra. We get up early even before muezzin summons believers with calling Alláh Akbar for the morning prayer. Tourists from all around the world are interested in. We were checked by the entrance. Women in white gloves emptied my backpack, checked my body and took my pen. With what was I supposed to write my diary? They said it is for people not to draw on walls. Unfortunately, there really were such tourists. Taj Mahal was built by Mughal ruler thus, there are excerpts from Quran inscribed on walls. I, a tiny mortal, by Taj Mahal, I look at letters from Quran that you can comfortably read even they are ten meters above you. It is a magnificent construction that has a special foundation that can resist even floods from the Jamuna, on which riverside it stands on. That moment when you enter the gate and see it for the first time it has something indescribable… it is a real gem of eternal love. 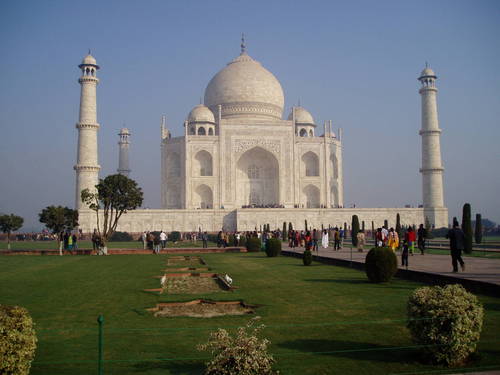