Hyderabad, a city of about six million, is the capital of the state of Andhrapradesh . From June to September, the area sees the summer monsoon which means heavy rains. The largest downpour occurred in August 2000. During the 24 hour period there was 241 mm of precipitation. It is sure good to plan a trip for not so wet or hot months (May has the highest temperatures). 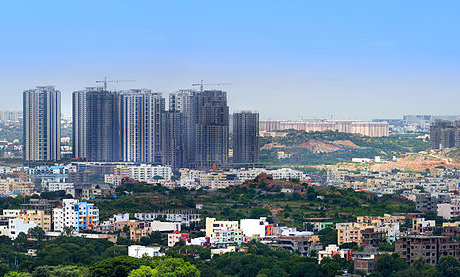 The name Hydebarad means „lion city“. There are couple of theories explaining why such name. One says the name was given to honor Calipha Ali Ibn Abi Taliba known as the lion as he fought in many battles with lion valour.

The historical roots of the city originate, at least, in the 5th century. Yet we skip most of its history and take a brief look at the 19th century. One of the most important events in the century was the construction of railway. in the 1880s. This brought industry to the city, four factories were built. Hyderabad changed to a modern city with sewers, water pipelines, electricity, universities etc. 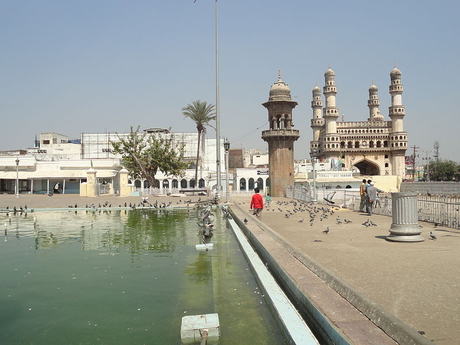 Continuous development of Hyderabad meant that the city is one of the most important economic centers in Andhrapradesh and in India as a whole. The tradition of economic prosperity is long in Hyderabad. And it is not tied only to the 19th century’s industrial revolution. The city has been known for centuries as “the city of pearls” and also „diamond city“. Even today, pearls are exported to Europe and the United States . 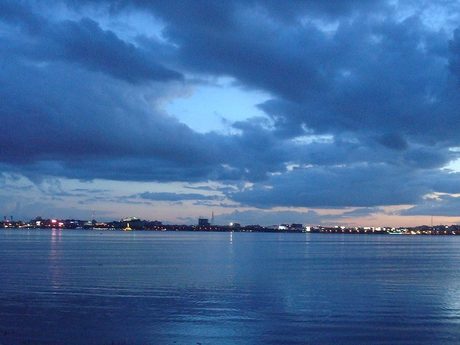 Being the center of the region Hyderabad was the most important place where culture developed. You can find there many museums, galleries and other institutions. Should we name some, we would start with the Archeological Museum , the oldest in Andhrapradesh. One of the main attractions there is an Egyptian mummy, or a gallery devoted to Buddha.

Even more interesting is Salar Jung Museum, the third largest in India. It is set in a half-circle building which holds exhibitions of all kinds. There are 38 galleries on two floors. You can find there statues, paintings, reliefs, metal artifacts, carpets, clocks, or furniture of Japan, Burma, Egypt, Persia, China or North America.

Except for museums, there are many other places in Hyderabad. And they are true gems of architecture. Generally one can say that two architectonic traditions joined in the city – the Indian and Islamic. More you can learn next week...