In 1876, Maharaja Ram Singh had the whole city painted in pink to welcome the Prince of Wales (King Edward VII). The tradition continues to this day and all residents must preserve the pink (rather ocher) color of the old town. The pink city of Jaipur is part of the tourist "golden triangle" - Delhi, Agra and Jaipur. 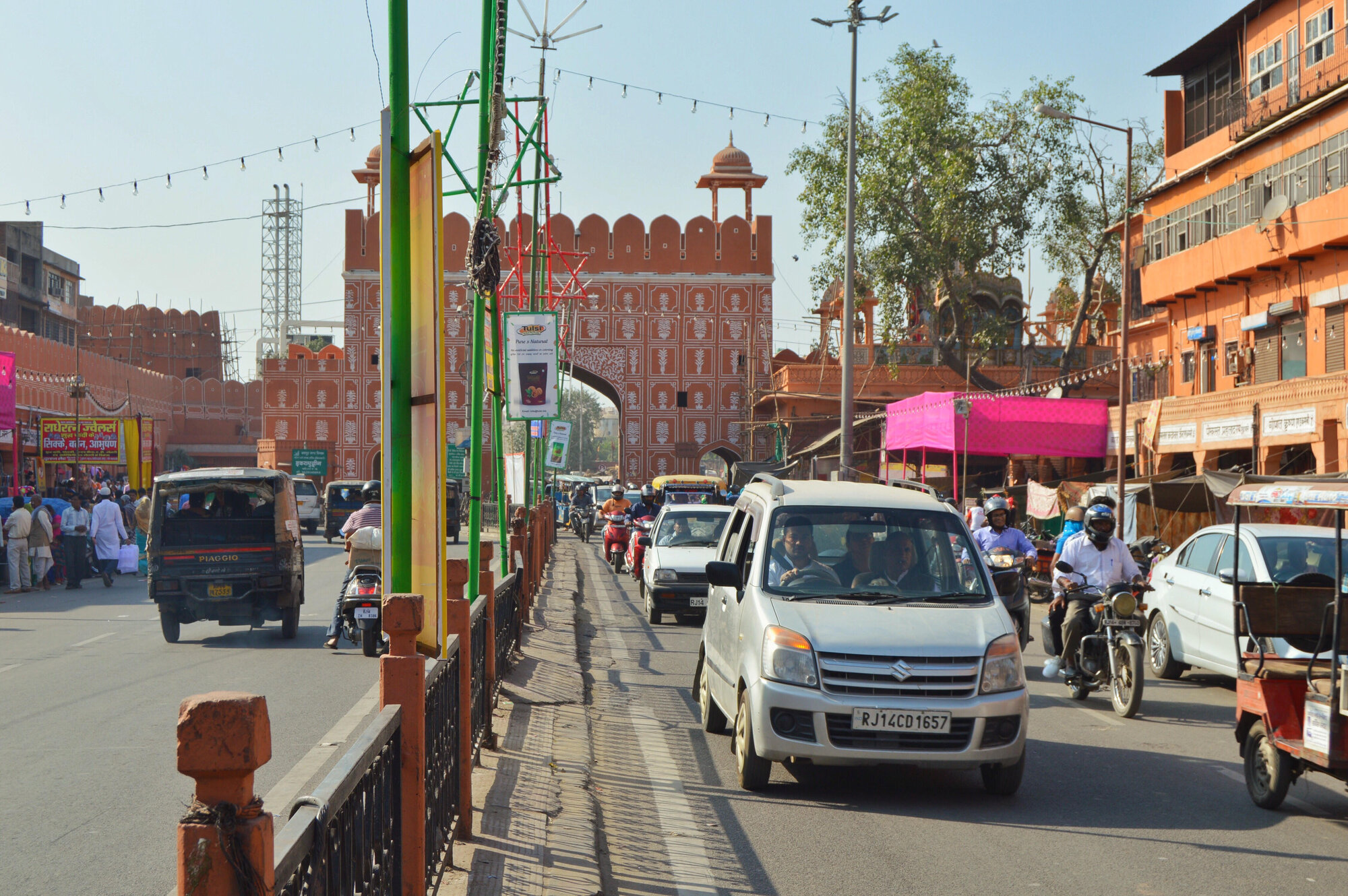 The most famous monument and icon of the city is the pink sandstone facade of the Hawa Mahal Palace. The palace was built for the royal princesses so that they could secretly watch what was happening on the street in their chambers through the grilles in the palace without being seen. Come here in the morning, when there are relatively few people. 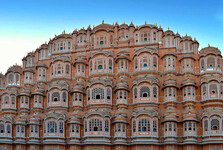 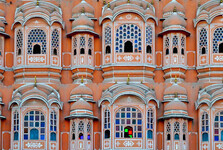 Also worth a visit is the Jantar Mantar Observatory with its technically stunning timekeepers and star positions, a UNESCO World Heritage Site. This largest ancient observatory in the world dates from the first half of the 18th century. If you decide to go on a tour, it pays to pay a local guide, because there are no labels on the premises. After a tour of the observatory, you can explore the City Palace courtyard across the road. 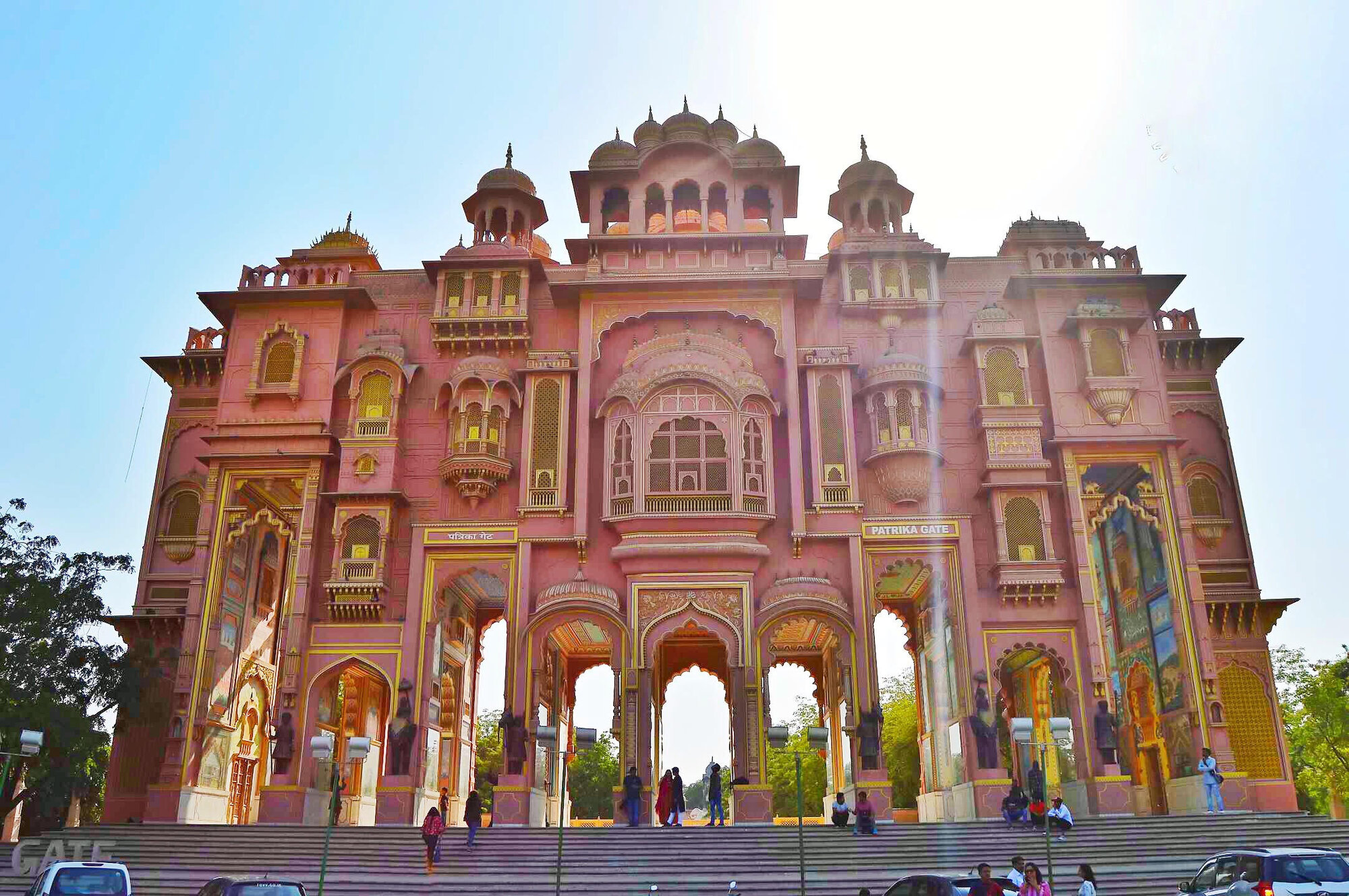 Also worth mentioning is the Jal Mahal Palace located in the middle of Man Sagar Lake. Another well-known monument is the imposing Amber Fort, the original seat of the Maharaja, located 11 kilometers from the center of Jaipur. The sand-colored walls of the fort were built of red sandstone and marble about 200 years before the independent city of Jaipur was founded. The fortress dates from the 15th century and combines Hindu and Muslim architecture. Inside the fortress you will find renovated rooms. It is accessible through impressive walls and paved paths leading to the gate. Head to the fort in the colder morning. A shorter hike awaits you to the entrance gate. After exploring Amber Fort, you can take the underground tunnel to Tiger Fort, which offers beautiful views of the pink city of Jaipur. 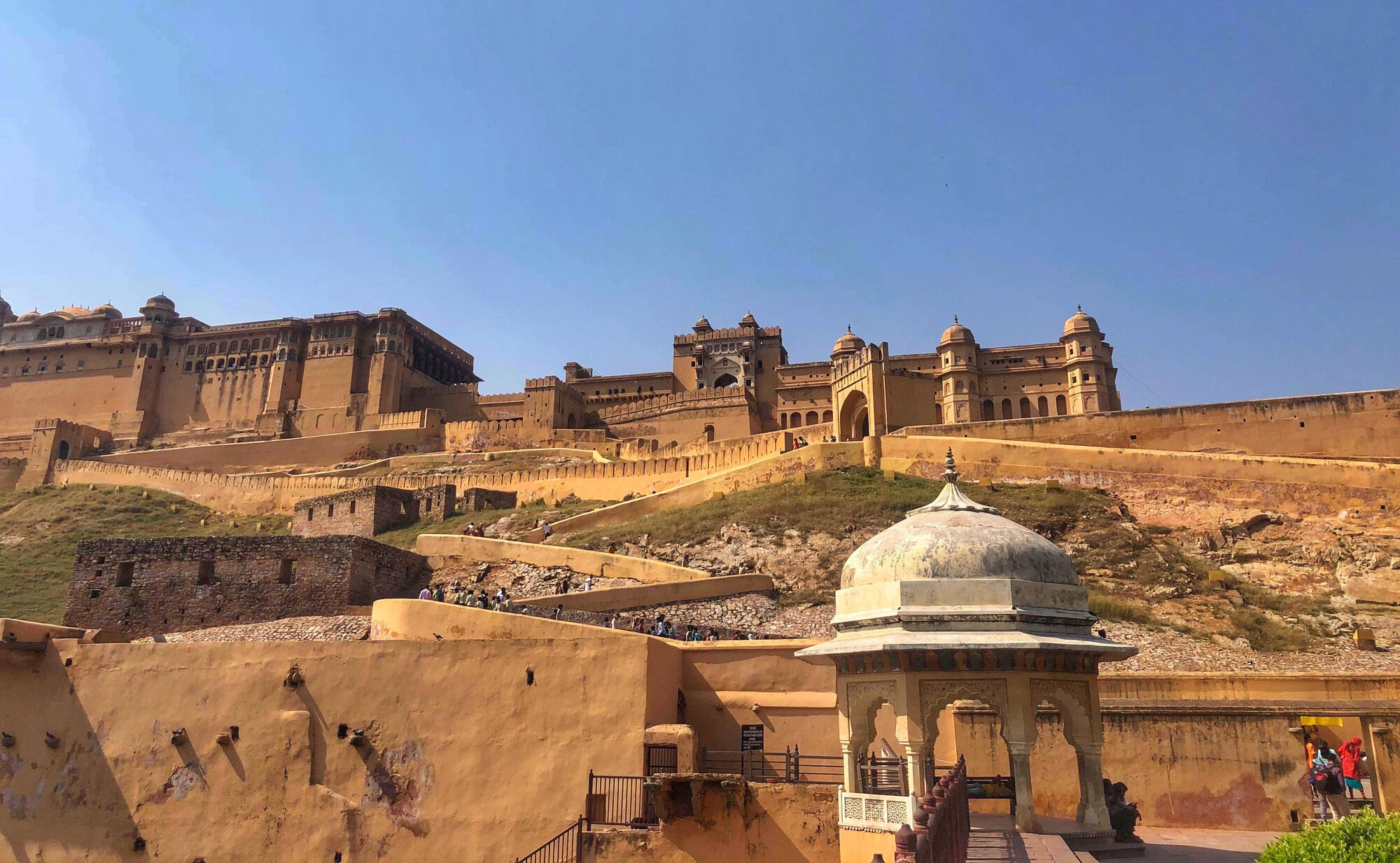 But even a simple walk through the streets of the Pink City will become an unforgettable experience.